In Search Of The Girard 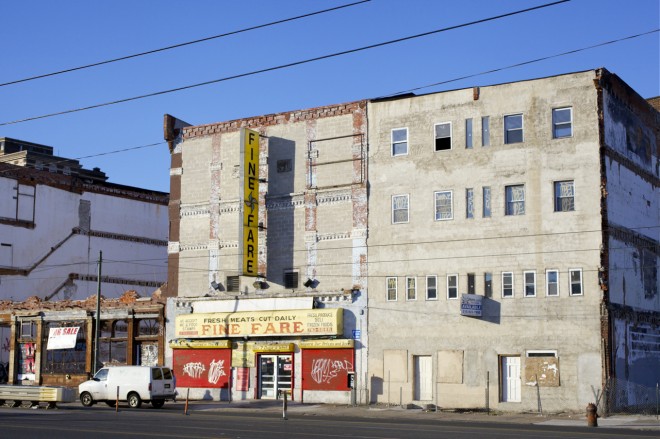 As the Northern Liberties swelled with immigrants from Eastern Europe in the 1880s, shop owners and real estate investors grabbed up parcels along Girard Avenue west of Fifth Street with the idea of turning the dusty street into a popular commercial district. 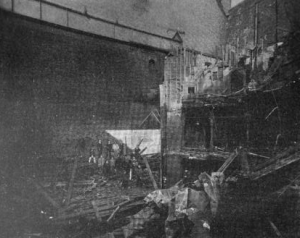 The action began in 1885 with the opening of the Girard Avenue Farmer’s Market at Ninth and Girard. Private clubs, banquet halls, and a major bank later joined in. Then, around 1890, the most renowned theater architect in the nation, John Bailey McElfatrick, was brought in to design a show house just east of Seventh Street. This one couldn’t be a simple box–the developer couldn’t get a hold of the parcels directly behind the Girard frontage and so McElfatrick was forced to work with a property that ran north, then jogged east to border Marshall Street.

When the first patrons arrived at the new Girard Avenue Theatre on March 30th, 1891, they entered through an ornate tin and cast iron facade on Girard Avenue followed by three slender Rococo lobbies that led to the spacious 80 by 132 foot, 900-seat auditorium. The brilliant room with its two horseshoe-shaped balconies decorated with plaster forms and 70 foot frescoed ceiling was painted blue, silver, and white. The large stage was separated from the audience by an asbestos curtain. 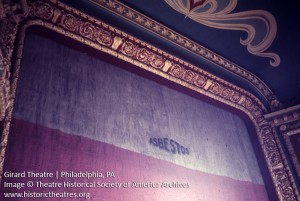 This curtain was the latest in fire safety technology. It consisted of woven asbestos fibers covered by a coat of oil asbestos paint on both sides. The curtain extended into 18-inch channels dug into the walls on each side of the stage. Sounds pretty good, right? Well, it didn’t work. On October 28th, 1903, at 3:30AM, an electrical fire consumed the stage, with flames popping out of the rear stage windows and the two skylights 90 feet above. The curtain failed about 20 minutes after the fire was reported when a girder from the roof fell into an iron support bar that was already softened from the extreme heat. The fire ended up taking down half the building.

By the time the fire occurred, a Reading Railroad passenger stop at Ninth and Girard had been added to the bustling center of Jewish immigrant life in 1893 (it was upgraded to an elevated stop in 1911). The Eagle Hotel at Sixth and Girard had become the headquarters of the city’s Jewish mafia. Another farmer’s market opened nearby and another theater, the German, was being planned for a location down the street.

In early 1904, the Matthew Schmidt Company was contracted to rebuild the Girard Theatre as quickly as possible. Promoters billed it as “fireproof,” but it wasn’t bankruptcy-proof. Less than a decade later, the Girard Avenue Theatre closed.

The building was purchased by Joseph S. Miller and Company, an electrical engineer and contractor. The structure was re-designed by the firm of W.T. Miller. The alterations couldn’t have been that extensive, since the theater was re-opened on September 2nd, 1919 featuring The Keith Vaudeville Exchange. It would continue to feature “high-class vaudeville” acts (as opposed to the Summer Stock and Minstrel Shows the theater previously held) until the structure was converted, following a design by Ballinger architects, to a movie house in 1927. Rumor has it that around this time a teenaged Milton Berle worked at the theater. 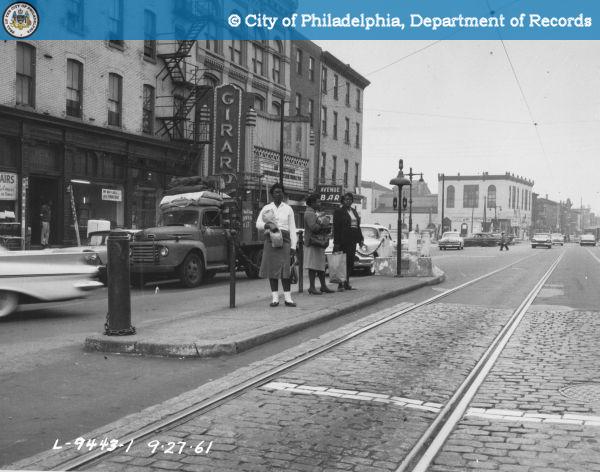 For the next three decades, the Girard Theater, as it was now called, showed movies on its single screen while the neighborhood around it fell into ruin. The Jewish Community moved itself over to Oxford Circle in the 1940s and Girard Station was removed around the same time. 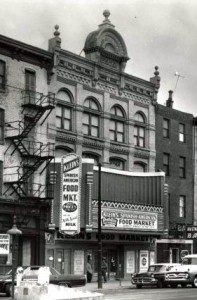 By the 1960s, with Urban Renewal obliterating the peddlers market on nearby Marshall Street, the western end of this commercial center was mowed down in favor of public housing, while the section near the elevated train track made way for expansion of the Children’s Homeopathic Hospital (now Girard Medical Center).

At this point, the theater was converted into its current use: a supermarket. Klein’s Self-Serv Market was open by 1967 and continued in the building until the 2000s as Klein’s Spanish Food Market. At first, Klein’s re-used the theater’s original facade and emblazoned its name along the structure’s 1927-built marquee. Eventually, the entire tin and cast iron facade was removed. Today, the building serves as a location of Fine Fare Supermarket, a chain based in Brooklyn.

Although the building is functional, its Girard Avenue facade is a faceless ghost–and an eyesore. The metal safety gates over the first floor windows remain down even when the store is open, and all of the upper floor windows have been filled in with concrete blocks. The east facade of the building, facing Marshall Street, still carries some of the building’s original beauty but is riddled with utilities, cell phone relays, and bricked-up windows. Large areas of graffiti were recently painted-over.

The interior is more or less altered beyond recognition, but its hard to tell what actually remains since a low drop ceiling hides most of the theater’s details. An old mezzanine (or balcony?) sticks out above the dairy section, showing some surviving McElfatrick-designed plaster details, and the proscenium arch still exists in what is now a storeroom behind the meat counter. Sadly, this is the only Philadelphia theater designed by John Bailey McElfatrick that still stands (his son, William McElfatrick, designed the Metropolitan Opera House a few blocks away). 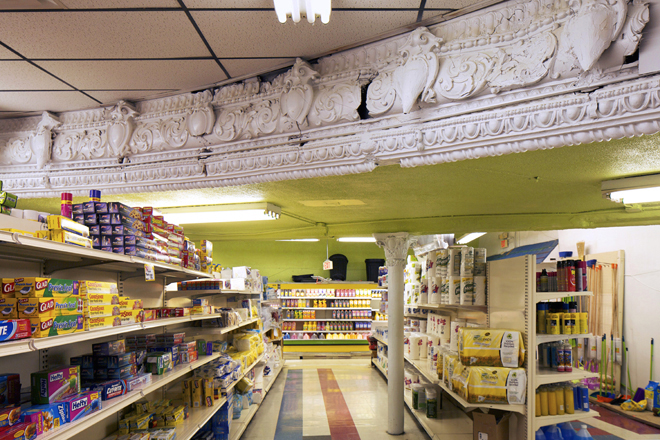 Nearby, the rear section of the German Theater still stands, along with the old National Security Bank, both at the corner of Girard and Franklin. A solitary row of cast iron columns are all that remain of the Farmers and Mechanics Hotel that once stood next door to the Girard Avenue Theater. (The old Sixth Street Market, with its distinctive cornice, is set to become a batting cage, if plans come through. It proudly sits at Sixth and Girard, holding a check-cashing place among other stores.)

Will this forlorn stretch of Girard Avenue ever return to glory? Would new development revive the area if the Girard Station Rail stop was ever rebuilt? Could a building so far-gone as the old Girard Avenue Theater ever be restored? We’ll probably never know– but if influence from nearby Northern Liberties ever reaches this area, we might find out. 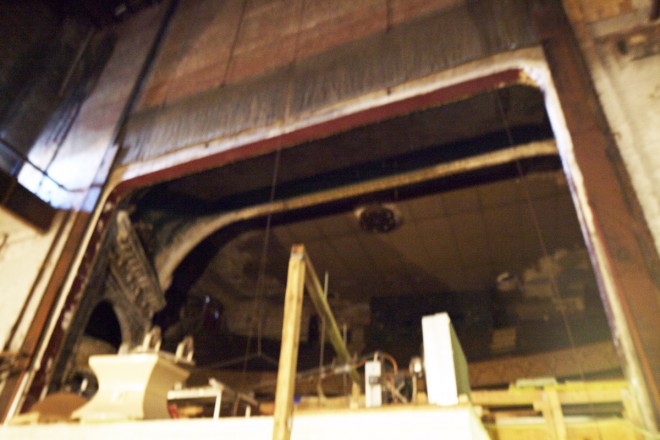 Behind the proscenium arch in the storage area of the Fine Fare supermarket | Photo: Peter Woodall