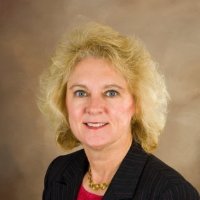 After a lengthy search process, the Preservation Alliance of Greater Philadelphia is expected to name Caroline Boyce as its new executive director tomorrow, according to sources in the preservation community.

Boyce is a veteran advocate in Harrisburg for historic preservation on the state level. For the past decade she has been executive vice president of the Pennsylvania chapter of the American Institute of Architects. From 2000 to 2002 Boyce led 10,000 Friends of Pennsylvania, a smart growth advocacy organization, and from 1994 to 1999 was the executive director of Preservation Pennsylvania. She has her Master of Arts in Historic Preservation Planning from Cornell University.

Boyce is set to replace interim director Suzanna Barucco, who earlier this month stepped in for longtime Preservation Alliance executive director John Andrew Gallery who retired at the end of 2012. No word yet on when Boyce will start, but when she does, she’ll take over an organization that is seeking continuity rather than a new direction. The Preservation Alliance is “looking for new leadership that will be able to build on the foundation of all the things the Alliance does well now,” board member Randy Mason told the Hidden City Daily in October.

The Preservation Alliance has moved toward greater grassroots efforts in recent years, with programs that reach out to the African-American community as well as traditionally overlooked neighborhoods. The most pressing issue Boyce may need to grapple with is how to replace the potential loss of several hundred thousand dollars in funding from the William Penn Foundation, which makes up a sizable portion of the organization’s budget.

Highlights from Boyce’s tenure in Harrisburg include the 2008 Award of Excellence for Best Overall Governmental Affairs Program, and lobbying for a state historic tax credit program, which finally passed in 2012.

Boyce gets high marks for her work from her colleagues in Harrisburg. “This is wonderful news for Philadelphia,” said Brenda Barrett, editor of the Living Landscape Observer, who worked closely with Boyce when she was director of the State Bureau of Preservation. “She has deep experience in historic preservation, but more than that, she just knows how to put the pieces together–community development, historic development, the relationship between planning and preservation. She gets things done, she’s a strong policy person, a good fundraiser and she listens.”

Barrett said she didn’t think not having experience in Philadelphia would present a problem for Boyce. “She doesn’t bring any preconceived notions,” Barrett said. “She’ll bring a big picture perspective to Philadelphia.”