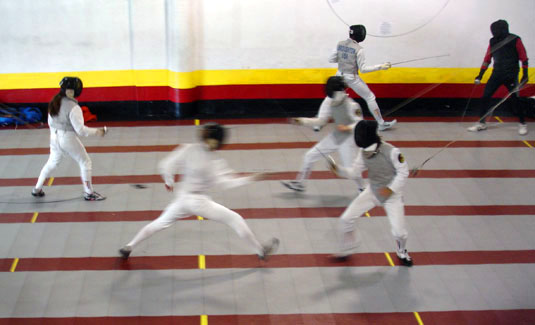 “I feel I’ve been at least partially responsible for the redevelopment along Lancaster Avenue,” says “Maestro” Mark Masters, founder of the Fencing Academy of Philadelphia. In 1996, Masters purchased and renovated the empty former Western Waterproofing Company for his top tier school and training center, which attracts curious kids and Olympic-level athletes alike.

When he arrived with his own dream of an “Avenue of Performing Arts,” even this stretch of the avenue closest to Drexel and Penn was under-performing. The longstanding Zocalo and (later) Lemon Grass restaurants were the anchors, but there was little else to capture much interest. Since then, Gwendolyn Bye opened her now popular dance studio and others, including a Green Line Cafe and a yoga studio, have followed, inching the old, and architecturally rather charming, district along. Fast-paced expansion at Drexel University should only accelerate the change.

But, says Masters, “we don’t need another pizza shop.” 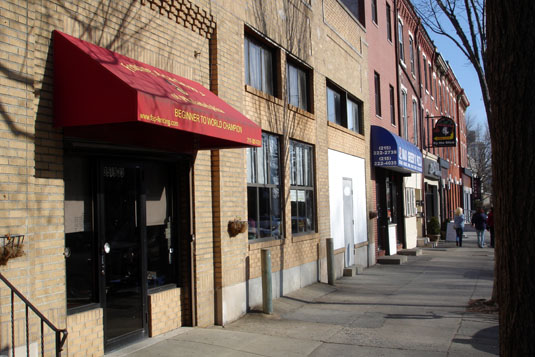 When he was ten years old, Masters saw the 1952 movie “Scaramouche” with Stewart Granger and Janet Leigh. He knew instantly that he wanted to become a fencer. The film, full of sword fighting and fencing, is now required viewing at the Fencing Academy.

In 1989, Masters and students were slicing and dicing the air at the bottom of an empty concrete swimming pool at Memorial Hall in Fairmount Park and the Fencing Academy of Philadelphia was born.

“Performing programs bring families. It’s much more transforming for the area. Kids will travel far for fencing but not more than 15 minutes for a Sweat gym,” Masters says. With satellites in Newtown Square and Merion Station and a second training center in Chestnut Hill, the Fencing Academy pulls students largely from Center City and University City, Northwest Philly, the Main Line and even Wilmington, Delaware into the ranks at Lancaster Avenue.

Traditionally, Philadelphia had a strong public school fencing program, which lasted into the 1960s. Over the years, Masters has made a concerted effort to engage West Philly kids with his love of fencing by offering free scholarships and by attempting to set up a non-profit to support community education.

Fencing is an enormously vigorous, total body workout focused on flexibility, strength, quickness, agility, concentration, and endurance–fencers handle their weapon as a “needle” rather than a sword and the key movement is in the fingers protected by a steel bellguard (when struck it rings)–that often translates into higher academic performance. “Sometimes losing is more exciting than winning–you just have to work harder,” Masters says. But, he says drawing kids from poor and minority neighborhoods into fencing has been challenging. “Every time I’ve sent trainers out into the community they burn out very quickly,” daunted by disciplinary issues that take time and energy away from effective teaching. 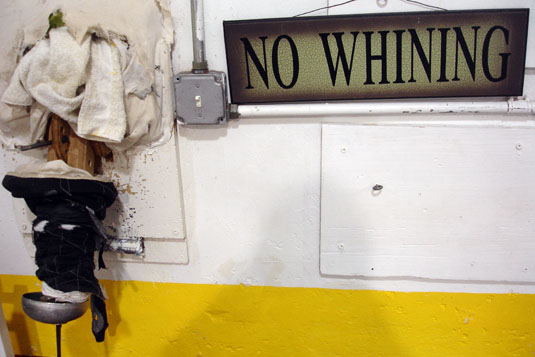 “There is a fencing mind,” Masters says. “A certain intuitive use of tactics in time and space. We call fencing a game of physical chess. In fencing you enter the flow state under very intensive combat. It requires such hyper-focus that it is relatively easy to enter that state. It’s the most fantastic thing you can ever experience!”

Still Masters admits fencing is obscure to a degree that some fencers covet, though it is detrimental to the sport’s popularity and reach. “Every fencer is self-financed,” Masters explained of the elite level, marooned on the world sports stage. 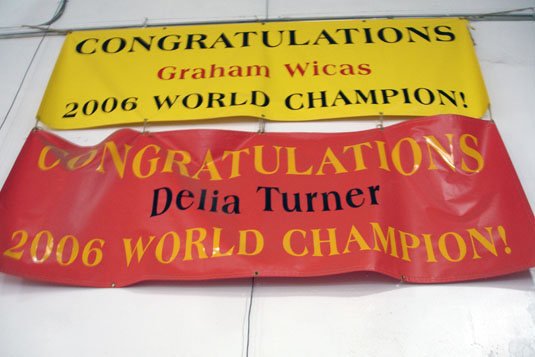 “Fencing is an affair of honor,” Masters says, describing how modern day fencing descends from the days of swashbuckling sword fighters and duels. Fencing is not a fight to the death. A flick and flash of your steel weapon will nick your opponent, wounding their honor grievously. 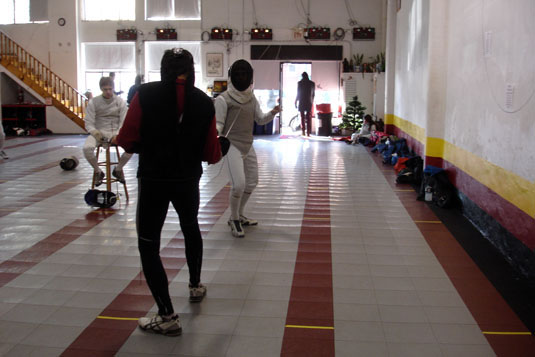 “We’re not the only fencing academy in Philadelphia but we’re the best,” says Masters, attributing that claim to the thoroughness of his training as well as the collegiate and world champion fencers he has developed. “I’m the man. Head coach, teacher, director and janitor. That’s how it is when you have a small business,” he says.

I’d never heard of the Academy until very recently, I revealed. “We need to do a better job of marketing,” Masters remarked. “That’s why you call it ‘Hidden City’!”