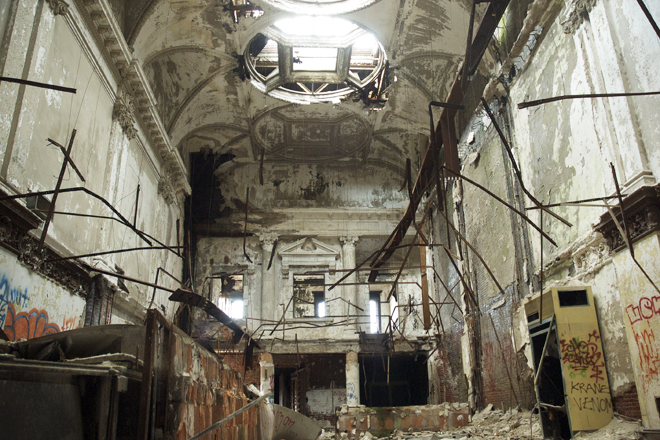 The ZBA granted the variance after finding that commercial reuse posed an undue burden on WCRP. Two neighbors who live down the block from the site have since appealed the ZBA’s decision to the Court of Common Pleas. Demolition is on hold, for now, as the appeals process runs its course.

Many of the objections raised to the Tufino Homes resemble the familiar chants of NIMBYs: concerns about parking density and right of access, the high concentration of rental units right next to high-speed transit, a lack of nearby green space. Some also see a divide in support along race and class lines: a white working class opposed to density and affordable housing; low-income residents afraid of being priced out of the neighborhood; artists and transplants rallying around preservation and investing in aging properties.

These lines of conflict, while visible in this dispute, are far from absolute. Carmen Bolden, a former board member of Norris Square Civic’s zoning committee, has been in favor of low-income developments that have sprouted on nearby blocks, but believes the WCRP proposal is too dense. She says that neighborhood residents felt shut out at the zoning hearing.

“We deserve the right for our voices to be heard properly,” says Bolden, the controversial founder of several Latino organizations, who was convicted in the 1990s of fraud and embezzlement. “They [the ZBA] had their decision made before we had the chance to make our case. With this appeal, we feel that we will be able to expound on our points of view in a more concrete way.” 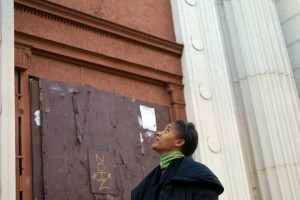 Bolden and her neighbor, Karen Lewis, have exercised their legal standing to appeal based of the proximity of their homes to the banks. While coming from different backgrounds, both are relative newcomers to the block, a set of simple two-story row houses and industrial garages on a street that’s too narrow for parking.

A divorced mother and a graduate student in education, Lewis is a first-time Philadelphia homeowner, having grown up in the suburbs and relocated from the West. She has fought to take back the block from drug dealers and prostitutes since moving in, and in doing so, has discovered a community organizing process that is inefficient at best, indisposed to dialogue at worst. Her requests to Norris Square Civic to install trash cans on the block, she claims, were met with quizzical looks.

Her relationship with WCRP has been no more productive. While representatives did reach out to neighbors, she thinks that their efforts to win over the community reveal a worldview that is at squarely at odds with her own.

“They said, ‘Your son isn’t going to be able to afford to live in the neighborhood,'” Lewis recounts. “And I thought, why wouldn’t I want him to do better than me? It’s this almost un-American mindset that says that people need to be protected from mobility.” 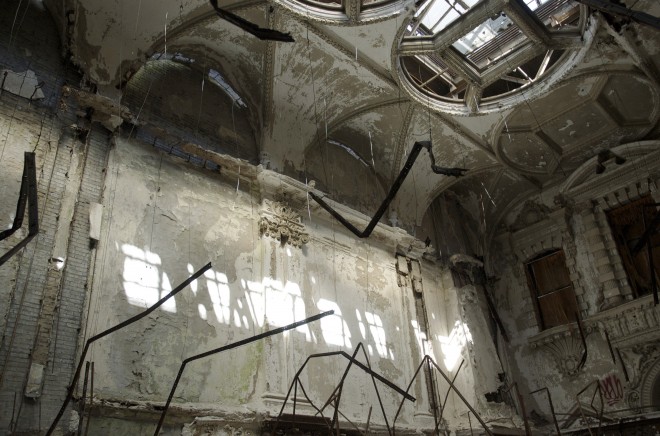 Lewis also speaks admiringly of the banks themselves, noting that one of the architects–Edward Hazelhurst, of Hazelhurst & Hunkel–was an apprentice under Frank Furness. “To think that there’s public money being used to destroy historic buildings–why would anyone willfully encourage that?”

District Councilwoman Quiñones-Sánchez describes herself as receptive to the differing views of what could be done at the Front and Norris site, having facilitated the May meeting among the civic groups when neighbors protested. However, she also stresses the need for a more proactive preservation stance in order to get ahead of development conflicts and structural decay.

“I am deeply committed to both the need for historic preservation and for affordable housing opportunities in this rapidly gentrifying community,” the Councilwoman says. “We have lost too many buildings that are part of the historic fabric of our neighborhoods, and it is my priority to improve how we as a city manage vacant properties so that we act much earlier to protect buildings for future redevelopment.”

Quiñones-Sánchez cites the tragic blaze at the Thomas Buck Hosiery at York and Jasper Streets, which claimed the lives of two firefighters last year, as a call to action. Her legislative proposals have included heightening sealing and reporting requirements for abandoned buildings and making it easier to adapt them for reuse as live-work spaces, as well as a land bank to streamline redevelopment.