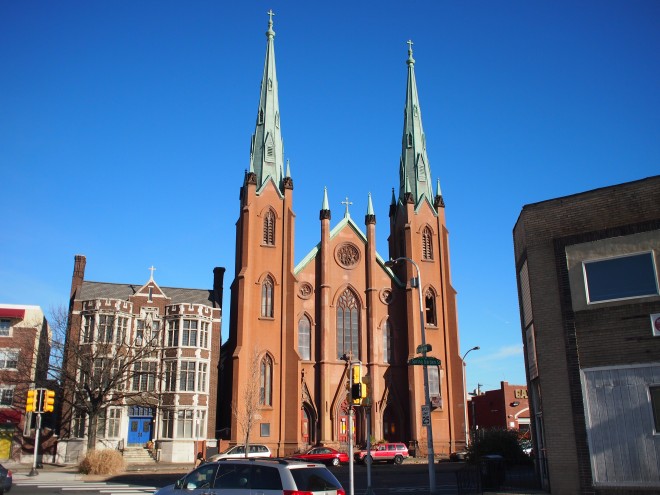 While demolition remains on hold for the historic Church of the Assumption on Spring Garden Street, its immediate future remains unclear following an unusual move by the Board of Licenses and Inspections Review on Wednesday afternoon.

After hearing arguments concerning the right of the church’s present owner to demolish it based on financial hardship, the Board issued a request for an opinion from the Philadelphia Historical Commission “as soon as possible” concerning the case. They recommended that the matter be taken up at the Commission’s next monthly meeting, which is to be held this Friday, January 11th. In the meantime, the review board retains the right to issue a final decision on the appeal of the demolition permit.

The hearing opened with Samuel Stretton, the attorney for the Callowhill Neighborhood Association, summarizing the events leading up to the present appeal: the granting of hardship by the Historical Commission to the church’s previous owner, the nonprofit Siloam, in September 2010; the Board of L&I Review’s overturning of the Commission’s decision in May 2011 after CNA appealed; the sale of the church to John Wei in July 2012, while Siloam’s appeal of L&I’s decision was still being heard before the Court of Common Pleas; and the ruling by Common Pleas Judge Idee C. Fox, three months after the sale, reinstating the Commission’s original hardship ruling.

Stretton and CNA then appealed Fox’s ruling to the Pennsylvania Commonwealth Court, where the case is still pending. In the meantime, Wei applied for and received a demolition permit after L&I checked with the Historical Commission, who consulted the City’s Law Department to verify the reading of Fox’s decision. The City held that the hardship runs with the land regardless of the owner. 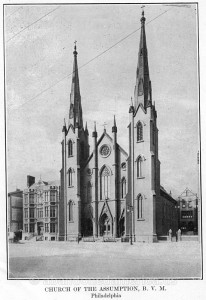 When Wei’s permit was approved in December, Stretton asked for a stay of demolition from the Commonwealth Court. The court refused, he said, because a new party had taken the permit, not Siloam. Thus, he turned to the Board of L&I Review, which issued the stay on the very day that demolition was approved to commence.

Although he made reference to the witnesses who had testified in the past to make the case that the church’s repair was feasible, Stretton told the board he didn’t believe witnesses would be necessary for the present appeal. “Our argument, based on the record, speaks for itself,” he said.

The correct procedure, according to Stretton, was for the new owner to prove the case for financial hardship before the Historical Commission, especially since Wei was a commercial developer with financial circumstances distinct from Siloam’s. He added that Wei’s purchase in July proved that the church did have value and undermined Siloam’s original case for razing it.

“They’re saying, been there, done that,” Stretton said. “We’re saying it’s a new person and a different standard. Mr. Wei is not a nonprofit.”

Defending the actions of the City was solicitor Andrew Ross, who argued that the appellants had no evidence to present to challenge the principle of “the ruling follows the land.”

“There is no ordinance that says, if I have a property for which I obtain a permit and then sell it to you, that you can’t proceed on the permit,” Ross told the board.

He dismissed Stretton’s claim that the Historical Commission judged hardship according to an owner’s financial well-being and cited Judge Fox’s October ruling that the church’s hardship was based on the value of the property and the costs of repairing and maintaining it.

Regardless, Ross concluded, the Board was present to decide on the permit itself, as the hardship reading was something for the Commonwealth Court to decide on.

Representing the church’s owner was Carl Primavera, who has garnered a reputation for taking on developers mired in high-profile legal battles. Primavera said that while he appreciated the community’s push to save the church, the structure’s unsafe condition posed a serious liability to his client. 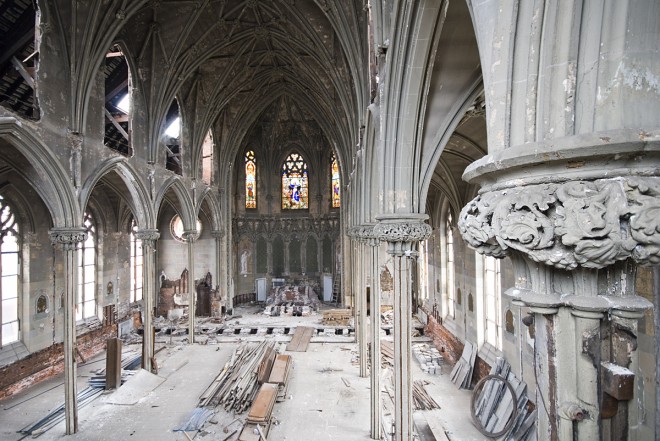 “If someone could have saved this beautiful building, they would have,” he said.

Stretton countered that Wei understood what he was getting himself into when he bought the church and that nothing was stopping him from making repairs.

In appealing the issuing of the permit, CNA sought one of two outcomes: to have the Historical Commission conduct a brand new hardship review for the new owner, or to have the permit stayed until the appeal in Commonwealth Court was finally resolved.

However, the Board’s decision, which followed about 45 minutes of oral arguments and 15 minutes of deliberation, did not fit in with either scenario. While the Historical Commission is supposed to report back to the Board on the situation, the Commission does not have the final say on the appeal. Questions concerning what procedure the Commission will follow were also unanswered by Board members, who suggested that would be left up to the Commission to decide. Since its next meeting is on Friday, there is also the question of whether the Commission is even able to take up the case on such short notice.

Following the hearing, Jonathan Farnham, the Commission’s executive director, acknowledged the unfamiliar terrain that the three-year-old case surrounding Assumption was now entering. The first step for him would be to review the Board’s decision in writing to determine what exactly was required of him and the body. Otherwise, Farnham said, “anything could happen” on Friday and in the intervening days.