A Starchitect, A Company, And The Life Of Their Building 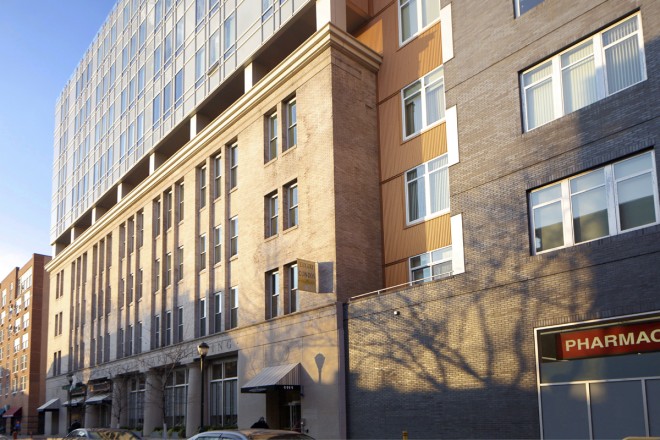 Company officials eyed what had been Philadelphia’s most genteel and conservative neighborhood on and around Locust Street known as Library Row, what we call today Washington Square West. The haunt of ancient Philadelphia families like the Ingersolls and the Cadwalladers was quickly becoming a commercial and industrial stronghold. The Horn and Hardart commissary/factory (NW corner of 10th and Locust, lost), the S.S. White Porcelain Tooth Factory (12th Street above Locust, still standing), and the V. Clad and Sons Range Factory (12th below Locust, lost) dominated the neighborhood. Western Union was the last to muscle in. They purchased 1103-1119 Locust with the intention of building a four story Philadelphia headquarters. At the time, the go-to guy for Western Union’s architecture was William Welles Bosworth. 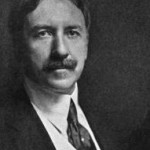 Bosworth was a bonafide starchitect of the period, a genius who entered the Massachusetts Institute of Technology at age 16 and was designing major estates and landscapes by the age of 20. Inspired by numerous trips to Europe, his Beaux Arts style became fashionable throughout New York City, Long Island, and Mount Desert Island in Maine. In 1913, he was commissioned to design his alma mater’s most iconic buildings. The Rockefeller Family relied almost exclusively on Bosworth’s talents.

His American Telephone and Telegraph Building in New York inspired Western Union to retain Bosworth for all its new architecture. The Philadelphia office would be a five million dollar, 70,320 square foot Beaux Arts masterpiece. The Boston-based Stone & Webster company would act as engineers while the local Wark Construction Company and Warren Ehret Company would provide the materials and labor. Construction began in April 1922 and was complete by 1923. 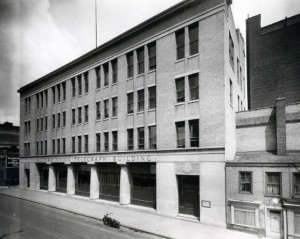 Though outstanding in every regard, critics consider Bosworth’s office buildings his lesser works. In Philadelphia he designed something fairly unique to the city: a grey brick facade held up by a stone pediment with large round columns. Just four stories tall, Bosworth designed it so that it could be vertically expanded. Distinctive designs depicting a lightning-enveloped Earth are carved over the entrances. While the majority of the building faces Locust Street, a thin two-story piece extends out, creating an entrance at 230 S. 11th Street. This little outcropping was referred to as “the Annex.”

The building’s most impressive feature was its Telephone Room, with 70 positions for receiving telegrams by phone from branch offices and telephone subscribers. Pneumatic tubes handled inter-office communications. Mahogany furniture finished every space.

Shortly after construction of this building began, the architect was tapped by the Rockefellers to help restore French landmarks that had been damaged in World War I. He never came back. Despite having just completed an estate for himself on Long Island, Bosworth was so taken with France over this 14-year project that he stayed there until his death in 1966 at age 98. Nonetheless, he continued to design city headquarters for the Western Union Telegraph Company. Most notable among these was the Saint Louis branch completed in 1926, which appears to have been a sequel to the Philadelphia one. It was demolished in 1993. 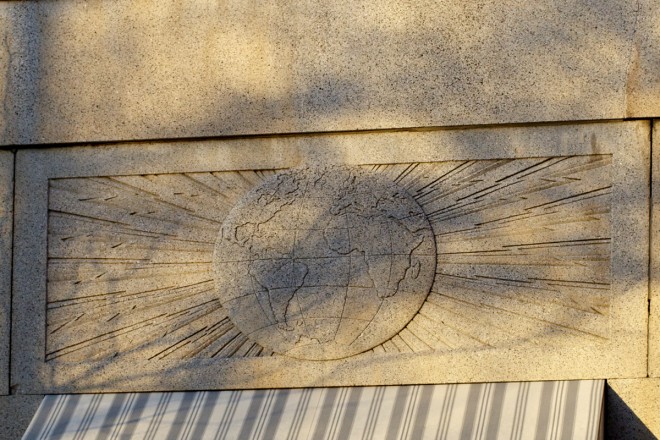 Detail above the entrance of the Western Union Building | Photo: Peter Woodall

The Western Union Telegraph Company would stick it out in the Locust Street building for the next seven decades. All the while the neighborhood went from being an industrial/commercial hub to a jazz club hotspot to seedy vice playground to rather genteel Gayborhood. Finally, in the early 1990s, no longer needing such a showhouse, the company put its Bosworthian masterpiece on the market. Thomas Jefferson University, eyeing up the neighborhood for future expansion plans, purchased the abandoned building in 1993. 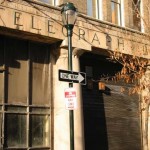 Boarded up in 2002 |Source: allaboutphilly.org

For about six years, Jefferson sat on the building before deciding what to do with it. The first plan was to demolish the structure and replace it with a nine-story parking garage that would complement a 20-story building planned (but never completed) for the next block. After objections from neighbors and the wrath of the Washington West Civic Association, Jefferson started over. This time, the building (or at least the facade) would be saved from demolition and be converted into a 400-car parking garage. This also didn’t sit well with neighbors. Finally, after a brief flirtation with the idea of turning the Western Union into student housing, Jefferson gave up. In 2003, they sold it to Moreland Development and chose to build their new parking garage at 10th and Chestnut instead. 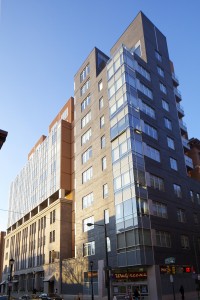 While the blighted, boarded-up, squatter-filled structure entered its third decade as a neighborhood eyesore, Moreland Development and Campenella Construction entered into a joint venture and put together a bold $45 million plan to go vertical (thank you, Mr. Bosworth), to 12 stories with more than 100 condominium units. Cecil Baker and Partners Architects, whose office is only one block away, ably contrasted the old and new.

Completed in early 2008, the now 90-year-old Western Union Telegraph Building lives on thanks to Baker’s award-winning addition that more than doubles the height of the original structure while complimenting its facade and window fenestration. The ground floor has been energized by the Garces Trading Company restaurant at the corner of Locust and Quince Streets and a Walgreens pharmacy at the 11th and Locust. Building status: saved.

Editor’s Note: The building presents us an interesting example of the complexities of preservation. Though clearly meeting all criteria, the Western Union building was never placed on the city’s Register of Historic Places, which gives properties nominal protection from demolition. Had it been on the Register, it isn’t clear that it would have been allowed to have been adapted for reuse as it was in 2008. On the other hand, had it been on the Register, it isn’t likely that Jefferson would have been able to propose its demolition. It certainly ought to be placed on the Register as part of the long-awaited approval of a Washington Square West Historic District, but because the building has been altered, it may no longer count as contributing to the district. All this points up the limitations of the city’s regulatory apparatus: the process of adding buildings to the Register isn’t at all systematic or rationalized or intentional from a policy standpoint and the Register lacks flexibility to account for new kinds of uses of buildings. As GroJLart points out, this rather wonderful building was saved because of an inventive reuse.