We Heart This Bar? 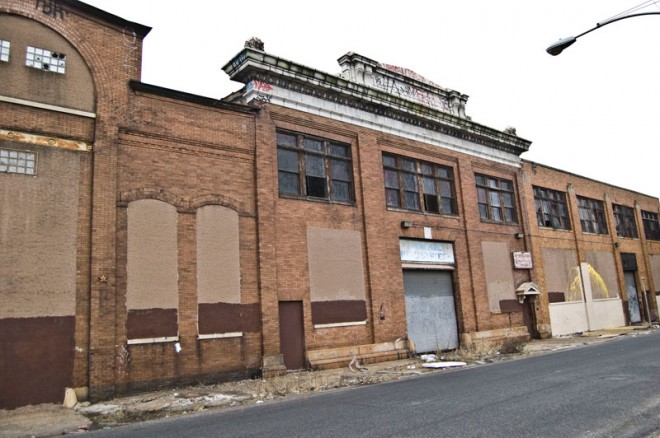 Architect Janice Woodcock confirmed the longstanding rumor during her presentation of developer Michael Samschick’s plans to turn a desolate stretch of Delaware Avenue and adjacent Canal Street just south of Frankford into an entertainment complex. The bar will be located on the site of the former Dry Ice Corp, and will be big enough to seat 600 people for dinner and another 600 for live music shows.

Per the company’s website, expect a “fun and rowdy atmosphere” and “beer in mason jars.”

In addition to the Keith chain, Samschick said he’s nailed down a deal with Live Nation to open a 3,000 seat concert venue in the adjacent former Ajax Metals building. Metallica playing in an old bronze foundry? It has a nice ring to it, but the hall probably isn’t big enough. In any event, Samschick highlighted the family-friendly nature of at least some of the programming, with performers in the same vein as the Wiggles playing weekend matinee concerts.

Samschick said he expects both venues to open around this time next year if all goes well. The first phase of the project, which will also include a Revolutions Bowling & Lounge and a manufacturing space and tasting room for Philadelphia Distilling, received conditional approval from the Planning Commission last week.

We’ll have further news and analysis of Samschick’s plans later this week.