Editor’s Note: Abandoned places are unsettling by their very nature, but there is something particularly disturbing about seeing civic institutions–schools, hospitals, prisons and the like–in a state of decay. This is especially true when the place wasn’t left voluntarily, but under duress, as was the case with SEPTA’s Spring Garden Street Station on the Broad-Ridge Spur. The transit agency cited both low ridership and safety concerns (the two issues went hand-in-hand) when it closed the station at Ridge Avenue and Spring Garden Street in 1989 after 57 years in service. This was a not unreasonable response to one of the most violent periods in Philadelphia’s history. The city’s total number of murders would crest the next year at an astounding 503. The long, dark night of crack cocaine had descended on the city, and it seemed as though Philadelphia might never wake up. It did, of course, (at least partially–we’re up to 324 murders in 2012 with 14 days to go), but the subway station has remained closed, with no plans to reopen it, according to SEPTA. The platform can still be seen, albeit dimly, from the train en route between the Chinatown and Fairmount stations. Christian Suchecki made a number of trips into the tunnels over the past year to photograph the derelict station using a large format camera and long exposures, and returned with these images. 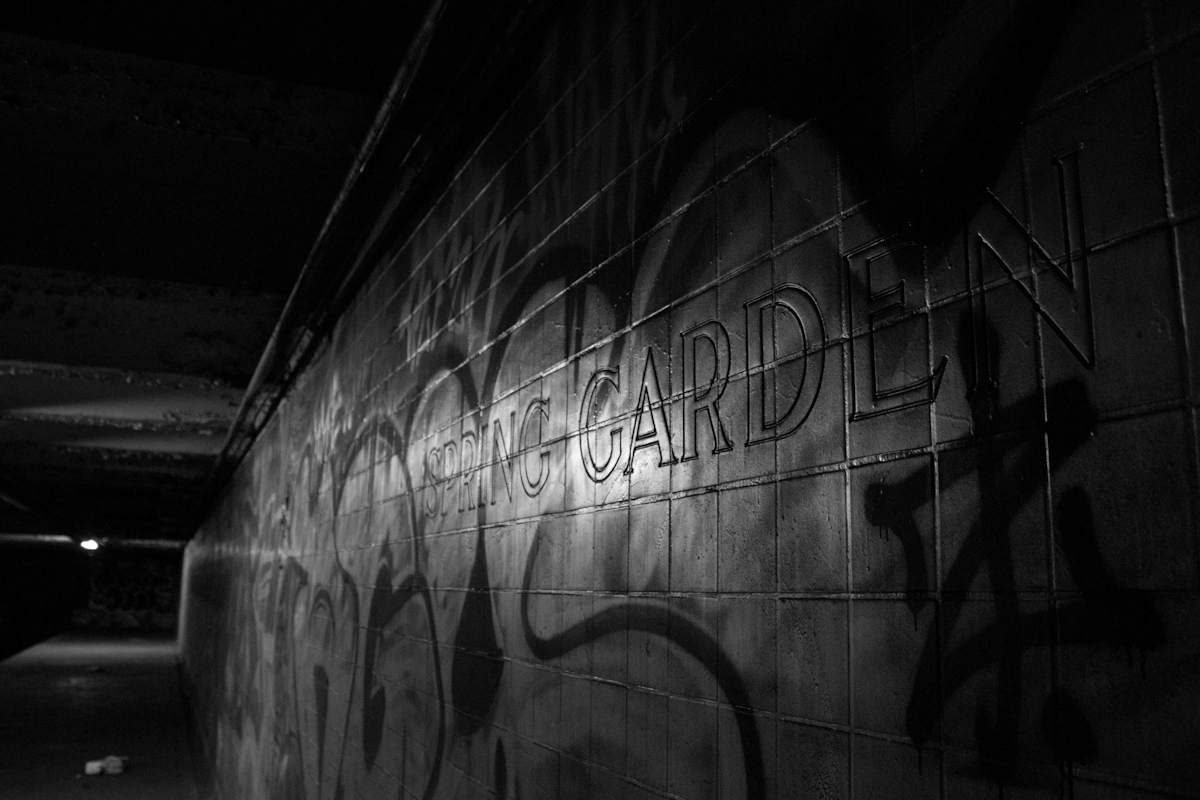 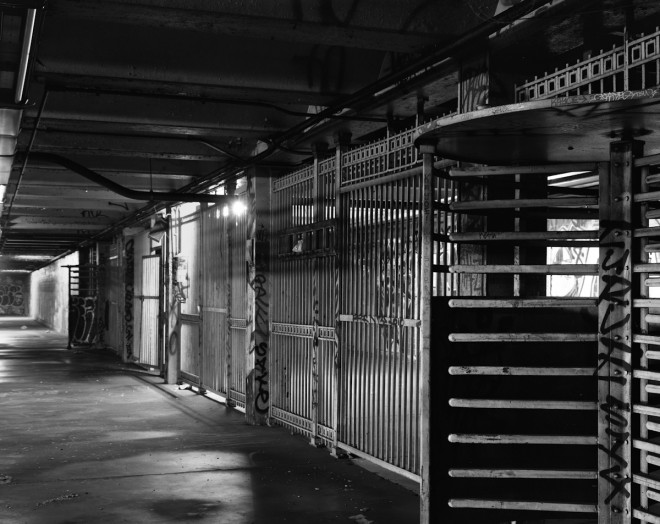 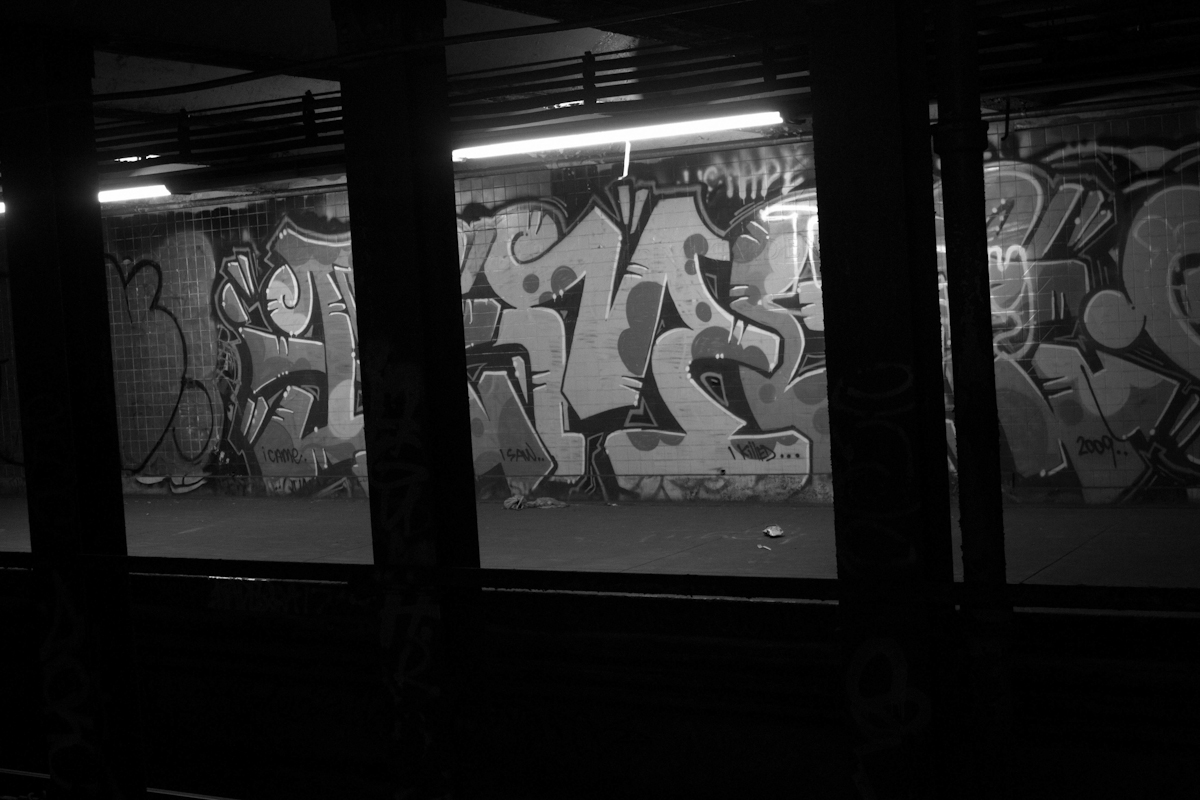 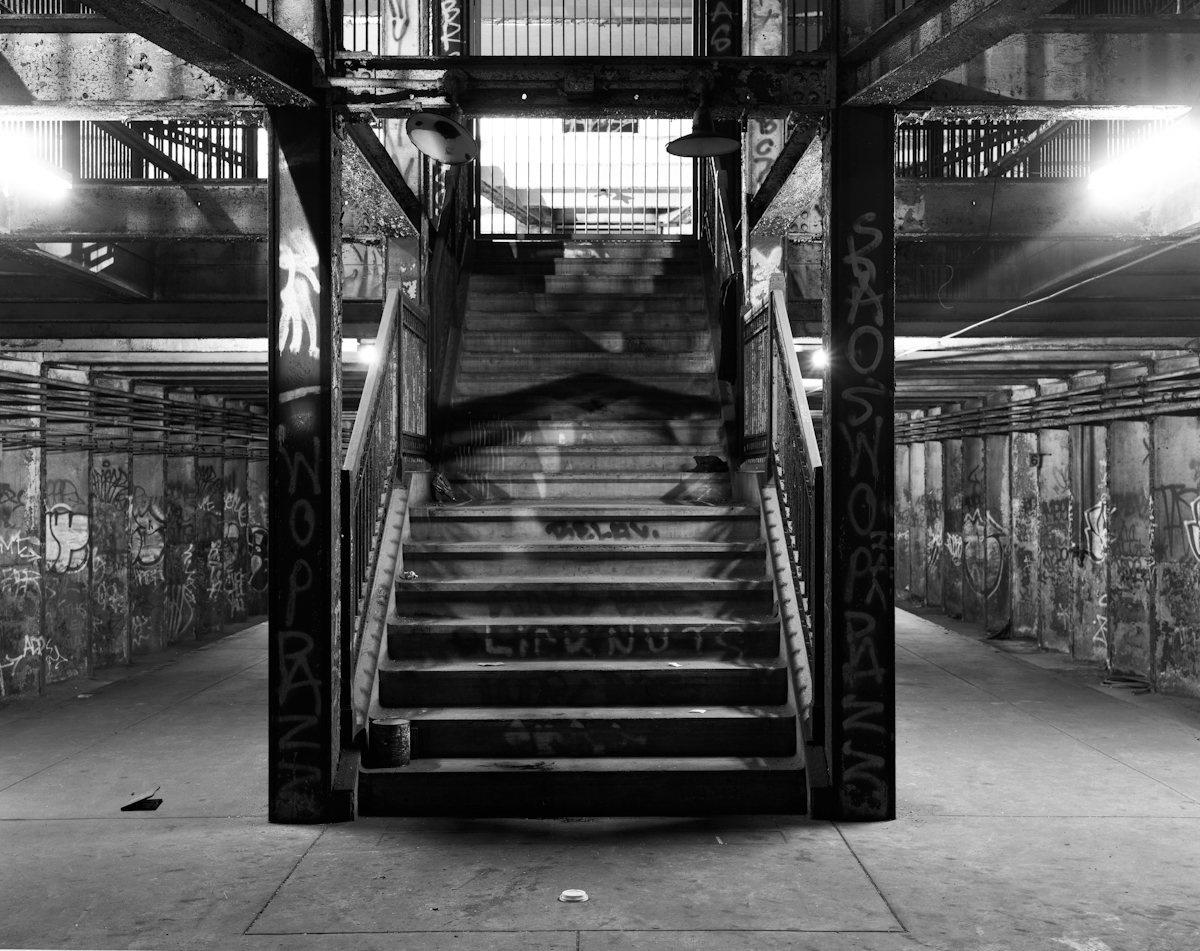 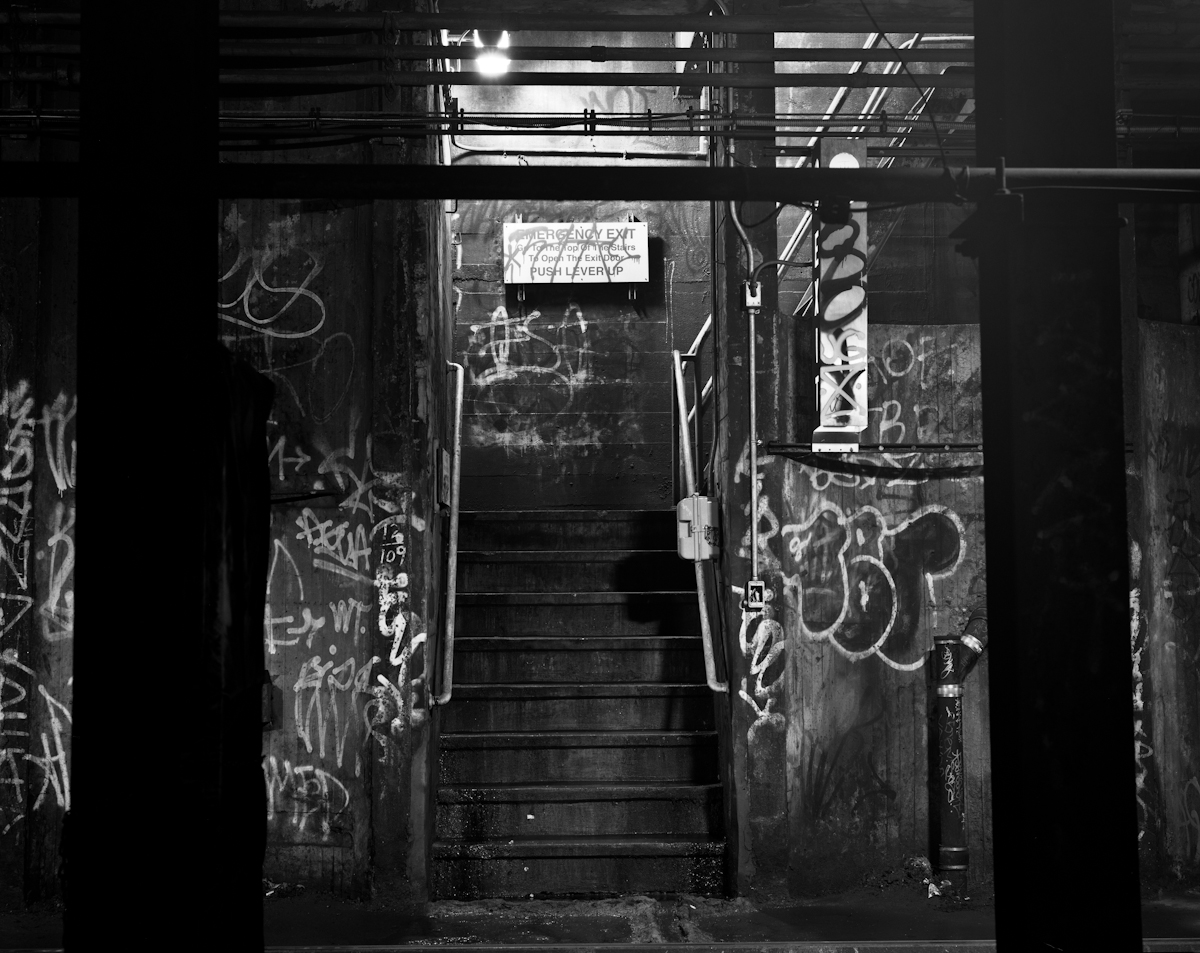 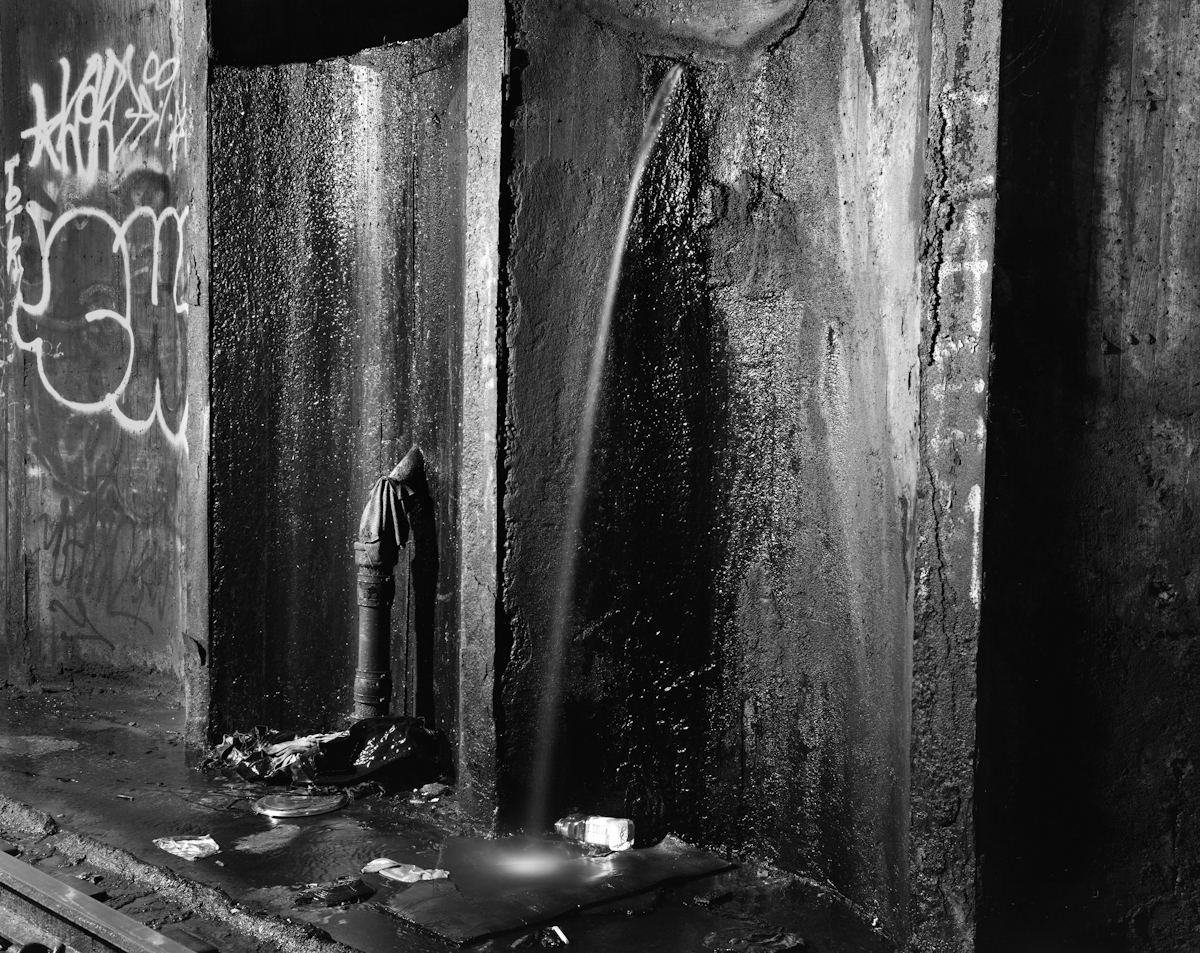 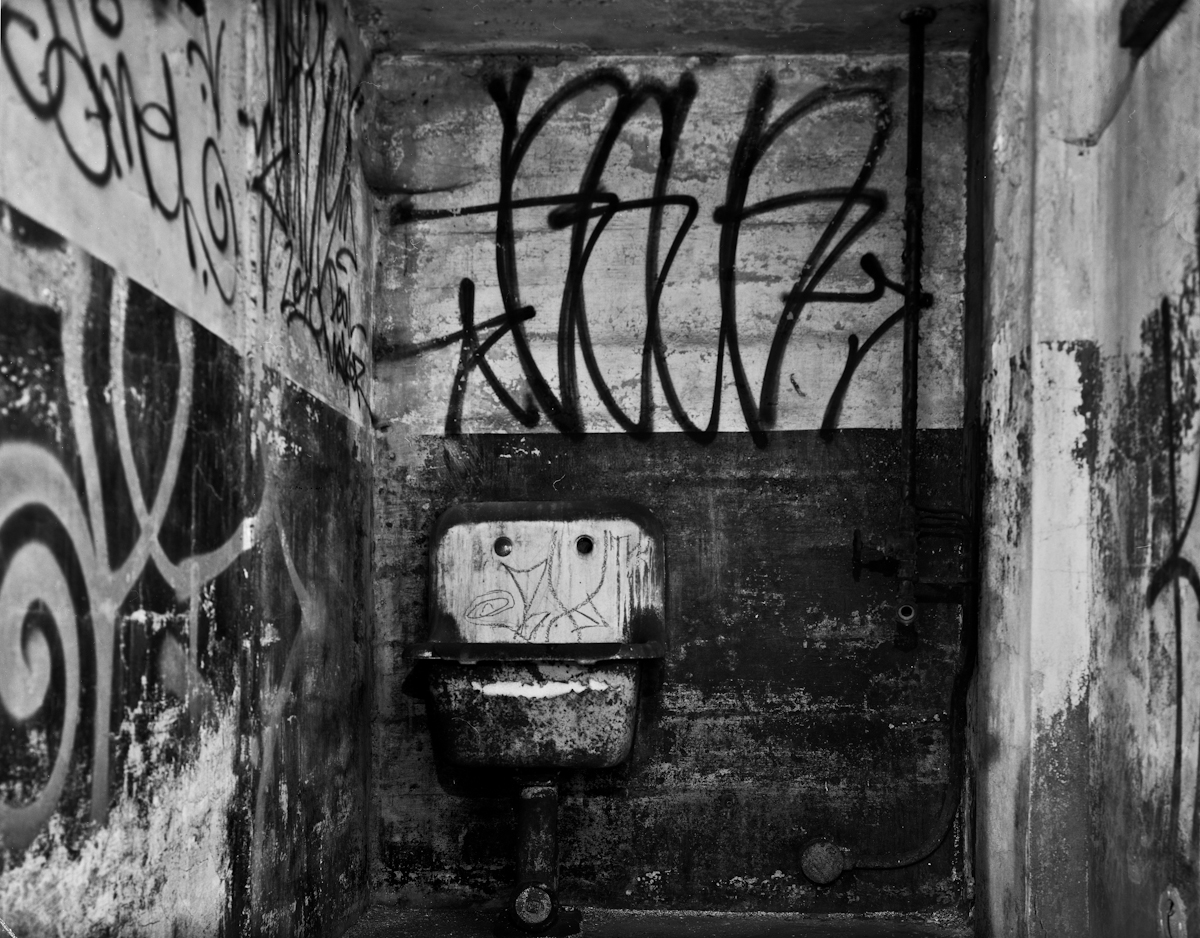 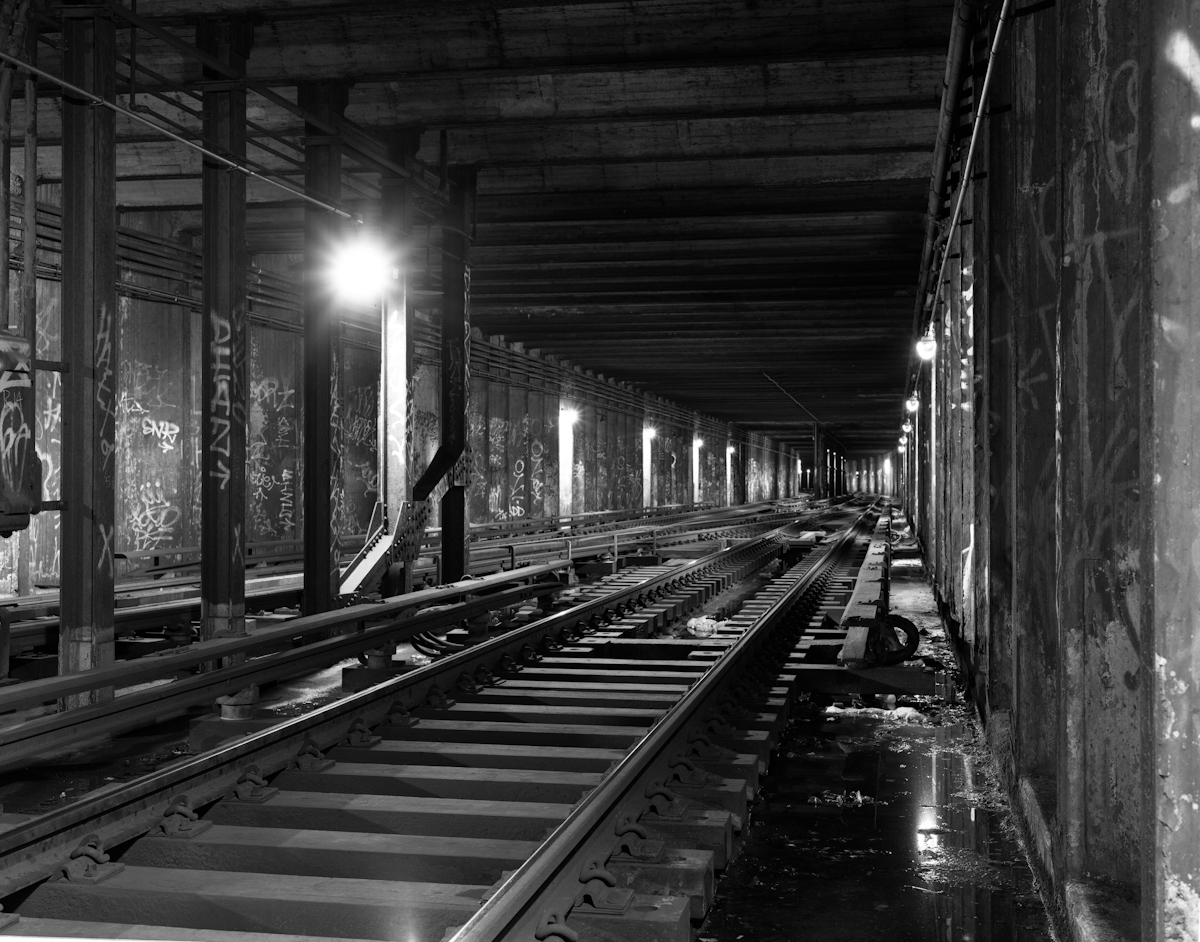