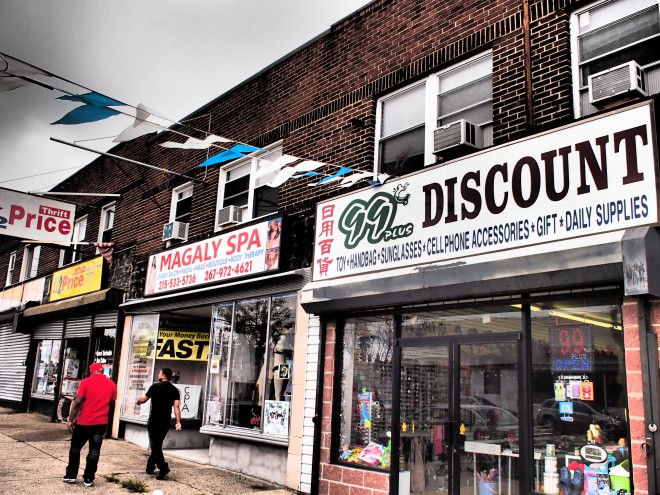 This afternoon, as members of City Council’s Rules Committee voted 4-3 to reverse some aspects of the progressive new zoning rules that were enacted and that would have encouraged mixed uses and density in the commercial corridors of the Northeast, I’m reminded of my the experience of my hometown, Kansas City, Missouri. In 1940, on the eve of a nearly 50-year annexation spree that quintupled its land area, KC had a little more than 400,000 residents spread out over some 60 square miles of land.

While I haven’t been able to find land area figures, I suspect that these numbers are comparable to Northeast Philadelphia today.

Back then, Kansas City had a well-defined downtown, two satellite commercial centers organized around local streets–including the very walkable first planned shopping center in the country, the Country Club Plaza–and a number of smaller, similarly pedestrian-scale neighborhood commercial districts such as Brookside and Waldo. It also had a grand commercial thoroughfare through the city’s west-central section–Broadway, naturally–lined with businesses and mid-rise office buildings.

3535 Broadway, in Kansas City’s Valentine neighborhood. The city’s new CMX-2.5 zoning code makes structures like this one possible in neighborhood commercial corridors. The City Planning Commission’s Lower Northeast district plan envisions such a future for the Castor Avenue business district. But the vision could go even further–if amendments to the zoning code don’t cut it off completely. Photo from LoopNet.com.

Northeast Philadelphia today has only some smallish examples of the next-to-last of these, but with some imagination and a little effort, it could support all of these types of development–even the “downtown,” though it would be a satellite to the actual one about six miles to its south.

The Philadelphia City Planning Commission recognized this fact in targeting Castor Avenue, a broad thoroughfare through the heart of the Lower Northeast, for upzoning in its Lower Northeast District Plan. The trouble is, it didn’t go far enough with its vision. Worse still, Councilman O’Neill’s push to limit density and mixed uses could hinder any chance that Castor Avenue’s potential could be realized.

The new zoning code’s CMX-2.5 classification is tailor-made for the kind of medium-density, street-oriented, mixed residential/office/retail development that makes streets like Kansas City’s Broadway interesting and lively. And as part of the Lower Northeast District Plan, the code applied the new classification to the heart of the Castor Avenue business district, stretching from Robbins Avenue on the south to Unruh Street on the north. (The remainder of the avenue lies in the city’s Far Northeast planning district, whose district plan is still under development.)

Yet there is low-scale, low-density mixed residential and retail development along the entire avenue from Oxford Circle to Bell’s Corner, with only a few exceptions. Much of this is in areas zoned for residential use as well. As rezonings do not affect existing structures and uses until those parcels are redeveloped, a rezoning of the entire avenue to CMX-2.5 opens up the potential for its transformation to a more walkable, livelier urban commercial corridor–a place that might even attract Northeast residents to it for business and pleasure.

But O’Neill’s amendment that passed today and will be taken up by the full Council in late January, and which has raised the hackles of fellow Council member Maria Quiñones-Sanchez, whose district includes most of lower Castor Avenue, would make a number of uses currently by right special allowances or variances instead. (Another, even more harmful change that would reduce the minimum required densities and reinstate parking minimums currently absent from the category was withheld today by O’Neill.) 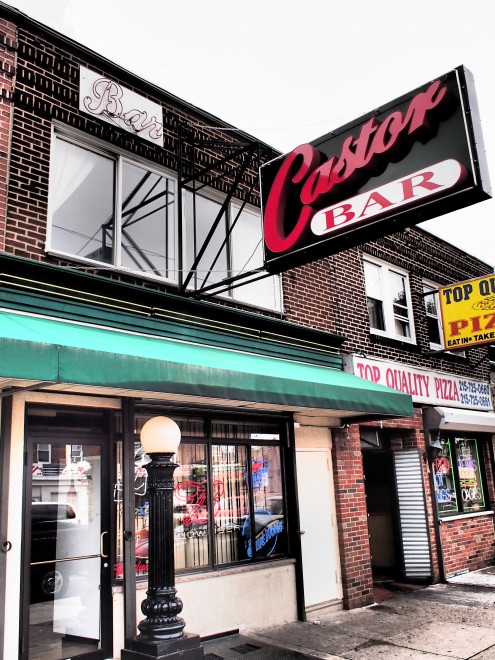 While a 3:10 parking requirement for all but the smallest structures in a CMX 2.5 zone doesn’t seem like a huge imposition, the decision to include such parking should be left to the developers. Providing shared parking in central structures would most likely meet the needs of those pushing for this change, whoever they are, without destroying the transformative potential of this new zoning category. Lowering the required density by increasing the minimum size of dwelling units is just as bad an idea, especially considering that the Lower Northeast is one of the city’s fastest-growing districts.

The area’s existing housing stock is already well suited to the larger families that are repopulating the area. Reshaping Castor Avenue brings with it a chance to further diversify the area’s already highly diverse population, and in a potentially good way given proper property management. Councilmann O’Neill, like his other colleagues seeking to prematurely tinker with the zoning code, should wait a while and see what develops under the new code. And the Planning Commission should give serious thought to taking the vision it developed for Castor Avenue one step further.