Gretz Brewery On Endangered Building List To Be Released Next Week 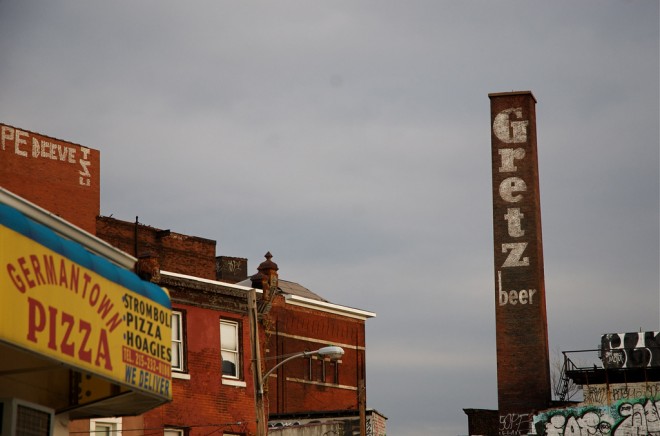 The Preservation Alliance of Greater Philadelphia releases its 10th annual “Endangered Properties List” next Wednesday, December 12 (for last year’s list, click HERE). Among those to be listed: the Gretz Brewery at Germantown Avenue and Oxford Street in Kensington. Indeed, with numerous L&I violations, an owner, Tony Rufo, unable or unwilling to secure the property, and uncertainty surrounding its recently submitted nomination to the Philadelphia Register of Historic Places, many fear the complex won’t survive.

“Often characterized by ornate masonry facades and a German Rundbogenstil (round-arched) architectural style, breweries added elements of refinement to the industrial landscape of neighborhoods across Philadelphia,” notes the Preservation Alliance. The Gretz is exemplary of this style and its effect on the streetscape.