Find A Political Solution On Church Of The Assumption 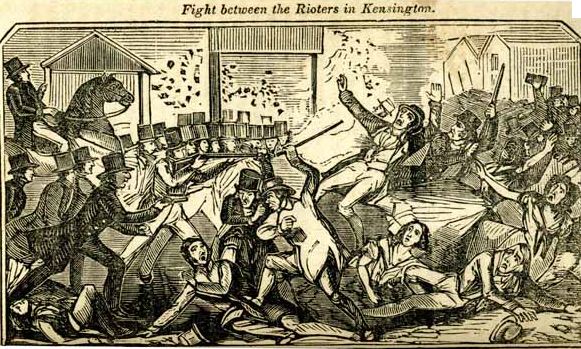 Poe’s friend the leftist writer George Lippard certainly noticed. This was a district of workers, Lippard’s people (he lived not far away), and though he hated religion, he sought out Catholics subjugated and pushed around by Know Nothing Nativist protestants to co-lead his workers union.

This was Philadelphia having lost its political and financial standing cast into its own dark ages until technology, concentrating capital, and war would reaffirm its raison d’etre.

Out of the darkness came this strange architectural and composition, at once heavy and light, harsh and beautiful. It still towers over the neighborhood like rabbit ears on top of the old RCA, sending some kind of electric signal to the heavens above. 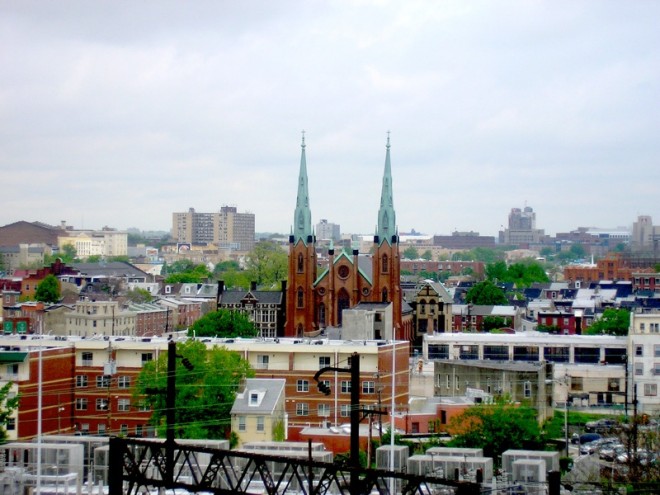 Now the battle is being lost to save those ecclesiastic rabbit ears; we’ll all lose without them. In a city desperate for reasons to look up and wonder, we ought not sacrifice this door to another urban planet on the altar of legal-political helplessness. Certainly the legal appeal to the Commonwealth Court being sought by the advocates for the church will not be heard before the demolition is scheduled to begin. Certainly, the property owner who knowingly and willingly purchased a property that was listed on the Philadelphia Register of Historic Places and therefore nominally protected from demolition will swing his lead balls the second he is able (legally midnight next Monday night because he has been granted the same hardship absolution granted the previous owner though he himself has never had to prove any kind of hardship). Certainly, the regulatory bodies of the city will sing in unison, “there is nothing we can do.”

In Manhattan, a church designed by the same architect, Patrick Charles Keely, was rescued from the wrecking ball because a judge issued an injunction a day into demolition, in 2006. Then, as the appeals continued apace, the Archdiocese of New York, which still owned the church, did not continue with demolition, even after the State Supreme Court (a lower court in New York) threw out the injunction. It waited, probably in part due to public pressure, until a year later the church was rescued by a donor.

Well, public pressure is political pressure and though the Archdiocese of Philadelphia gave up on the church long ago, the present owner, Mr. Wei, ought to be forced to be subject to it (political pressure is exerted constantly on the Historical Commission, which is forced to take it on as part of the cost of doing business).

At his first mayoral inauguration, Michael Nutter famously posed the rhetorical question, “what kind of city do we want to be?” Perhaps this is one of those times we answer. Do we want to be a city that allows a piece of its heritage of incalculable intrinsic value slip through our fingers on legal technicality (that hardship is a condition of a building and not an owner, a policy precedent that potentially means preservation is for rich neighborhoods, where buildings contain higher market values, only), or do we want to be the kind of city that summons collective will to find another solution? Mr. Wei, who hasn’t ever been forced to disclose his plans for the site post-demolition, needs to be given reasons to hold off the wrecking ball and allow the appeal process to go through. And if eventually a court rules on behalf of protecting the church then the city should buy it, lock it up, and wait. In five years with massive investment about to occur in the neighborhood–with Spring Garden Street in the center of it–we’ll be kicking ourselves for robbing our own bright future of a lightening bolt from another time.