Doctor Of History Will See You Now 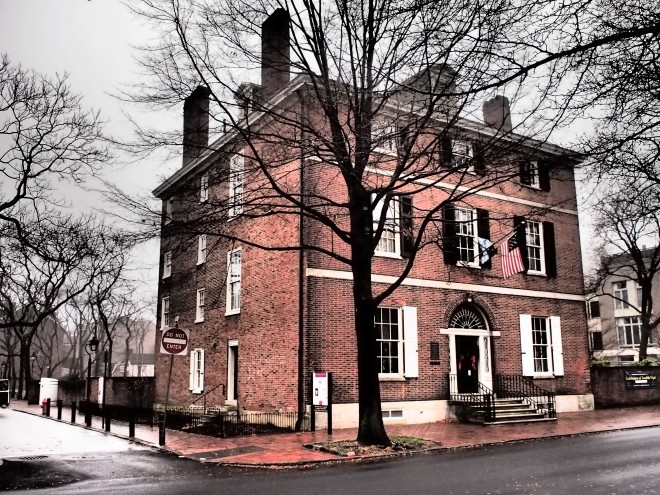 As an architect, I’ve tromped through obscure places chasing a unique structure or historic location. In Paris, I sought the laboratory of Claude Bernard, the great 19th century physiologist, only to end up in some ordinary basement space that had become the precise location of history lost to history. Why it took me some 20 years of casually walking past that old pile of bricks at Fourth and Delancey called The Physick House, home of the first significant American surgeon Philip Syng Physick, I just don’t know.

But I know I’m not the only one. The Frank Furness-designed Emlen Physick Estate, Cape May home of Dr. Physick’s grandson, is a better known house museum than the Fourth Street Federal style mansion of Dr. Physick himself. 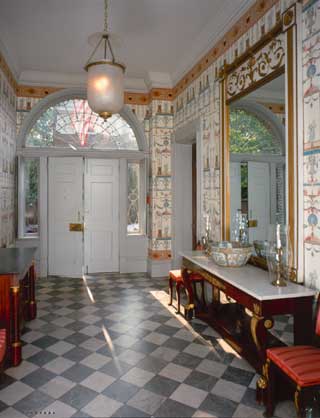 Finally crossing the threshold of the house, which had been built by wine merchant Henry Hill in 1786, I met J. Del Conner, tour leader, artist, and great-great-great-grandson of Dr. Physick. Conner led me around the house, which was restored in 1966, and later put me in contact with George F. Sheldon, chair of the surgery department at the University of North Carolina, Chapel Hill. Sheldon is deep into writing the first comprehensive, modern biography of Dr. Physick, sprung from his own student thesis written in 1958. “I’m about six months away from completion,” he says.

Philip Syng Physick (1768-1837) rose to fame as a 25 year old hero of the yellow fever epidemic of 1793. He treated dozens and survived the disease himself.

Single father of four, Physick established a surgical practice treating prominent figures such as Dolly Madison, who for a time lived around the corner at Fourth and Spruce, the renowned physician Dr. Benjamin Rush, a signer of the Declaration of Independence, and President Andrew Jackson, who held Physick in such high regard he brought his own grandchildren in to be evaluated. 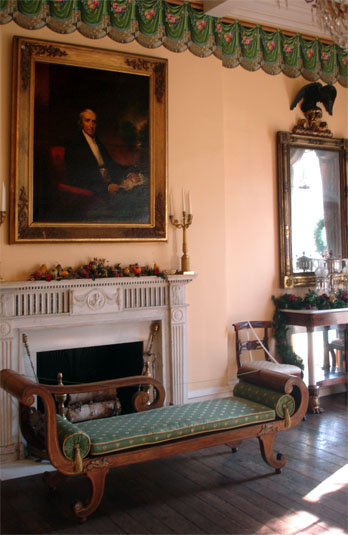 Physick was a medical pioneer. He designed and fashioned his own surgical instruments, offered his patients the first health insurance program in this country ($20 per year, per family), performed the first successful human blood transfusion, was the first to use a stomach pump, and regularly utilized autopsy to further his knowledge and application of medical practices. His medical intuition was astonishingly prescient in that he considered dental conditions central to overall health–a notion endorsed by researchers today who connect gum inflammation with inflammatory diseases affecting the heart.

So why did a man with such an unusual name and notable history fade into obscurity?

“He made no major breakthroughs,” says Sheldon, commenting that surgical instrumentation, for example, has come so far with laparoscopic procedures and robotics that Physick’s claims to fame have been eclipsed. In Sheldon’s estimation, the most profound medical discoveries of the 19th century were anesthesia and aseptic technique which emerged after the Civil War.

As a medical educator, however, Physick had far reaching influence. “There was no indigenous medical school in the United States and there was no American textbook on surgery,” Sheldon points out. Copious notes filling some 40 notebooks were carefully scribed during Physick’s lectures and still exist. “The anatomy is very accurate,” notes Sheldon.

He was the first professor of surgery at the Pennsylvania Hospital established by Benjamin Franklin and Dr. Thomas Bond in 1751. And he was a professor of Dr. Samuel Gross of the famed “Gross Clinic” painting by Thomas Eakins, preeminent surgeon of the late 19th century.

In historiographical terms, Physick’s importance lies in his role as a transitional figure in medicine, a conduit between the thinking in the leading medical centers of London and Edinburgh, where he was trained, and the first medical school in the United States, the University of Pennsylvania.

Dr. Physick–his illustrious family, friends, and house–stood at the crossroads of history as if a beacon to the future. Conner contends that the importance of the Physick House should be more evident to the public because it provides essential historical context. In his insightful view, the house “is now a measure of what we’ve become.” But, he adds, “it’s frustrating that we are in a city that is swamped with historic structures.” 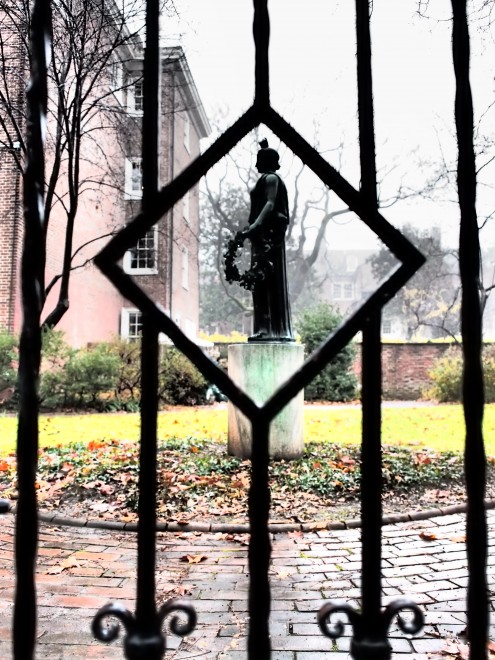 A silver inkstand now on display at Independence National Historical Park was designed by Philip Syng, silversmith, lifelong friend of Benjamin Franklin, and grandfather of Dr. Philip Syng Physick. It was used to sign the United States Constitution and Declaration of Independence and is symbolic of the wealth of stories merging historical, medical, architectural, military, political, religious, and social currents of Physick’s day. Guided tours at the Physick House are scheduled for one hour each but Conner has many more hours of material. “It all starts with these stories,” he says.

All this argues for a greater profile for the house with a more prominent sidewalk sign or by following through with plans to reconstruct a carriage house that could serve as a visitor and education center. A shoe string budget renders both those improvements unlikely for now, however. Recently, a large, eye-catching outdoor banner advertised the treasures inside. It boosted attendance for a while, but it was stolen.