Demolition Contracted For Church Of The Assumption (Updated) 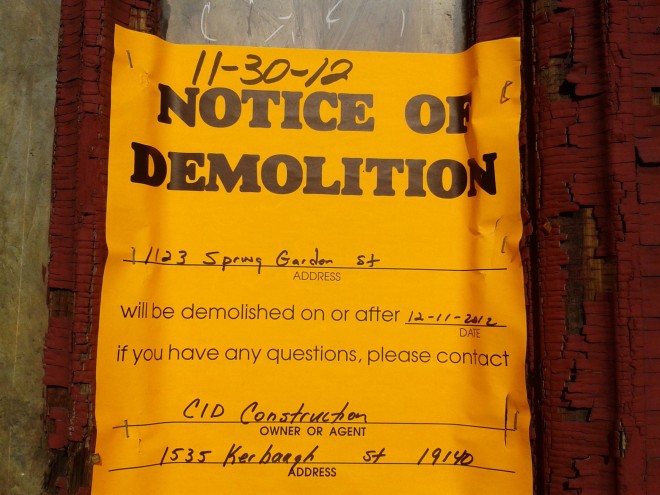 Update, 2PM Monday. Hidden City has just learned that CID Construction, of Hunting Park, has been granted a contract to demolish the Church of the Assumption. That information was found on the City’s website, HERE. The permit is for the complete demolition of the church, with work to begin no earlier than next Tuesday, December 11.

Over the last three years, news of the impending demolition of the 1849 Church of the Assumption, designed by the architect Patrick Charles Keely, has played like a broken record to residents of the Callowhill neighborhood. Now, after the sale of the property in the midst of an often acrimonious legal battle, exasperated residents are again facing the music.

Last week, demolition notices were posted on the historic church, at 1123 Spring Garden Street. The notices state that complete demolition of the church property may commence no sooner than next Tuesday, December 11.

The news comes after a wave of uncertainty about the legal implications of a recent court ruling that reinstated the permit, and questions about the new developer’s plans for the site.

Andrew Palewski of the Callowhill Neighborhood Association said in an e-mail that he had not been notified of the impending demolition and is currently discussing the matter with his attorney. 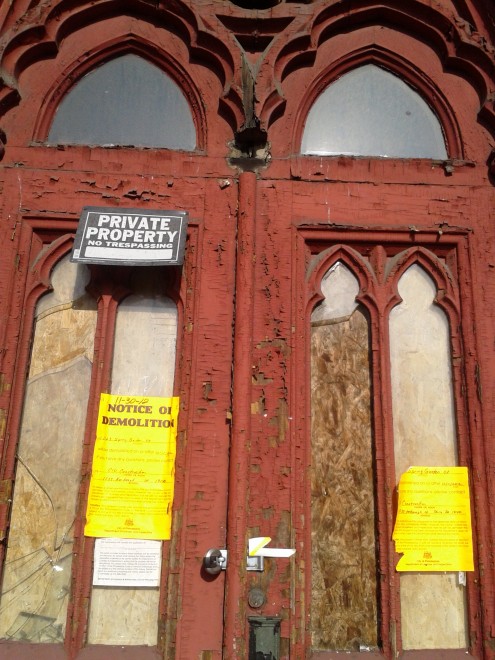 CNA is appealing the recent ruling against the church, erected in 1849, to the Pennsylvania Commonwealth Court. However, a legal injunction is typically required to block an active demolition permit until an appeal can be heard.

On October 2, a Court of Common Pleas judge ruled in favor of Siloam, the previous owner of the church, effectively reinstating the Historical Commission’s decision from 2010 to allow demolition owing to financial hardship. CNA had that decision successfully overturned before the Board of L&I Review in 2011, which triggered Siloam’s appeal to the Common Pleas Court.

In her ruling, Judge Idee Fox declared that Siloam, a nonprofit wellness center for HIV patients, had acted in good faith to find a buyer and was within right to seek demolition because the church had no market value and restoration costs were prohibitive. 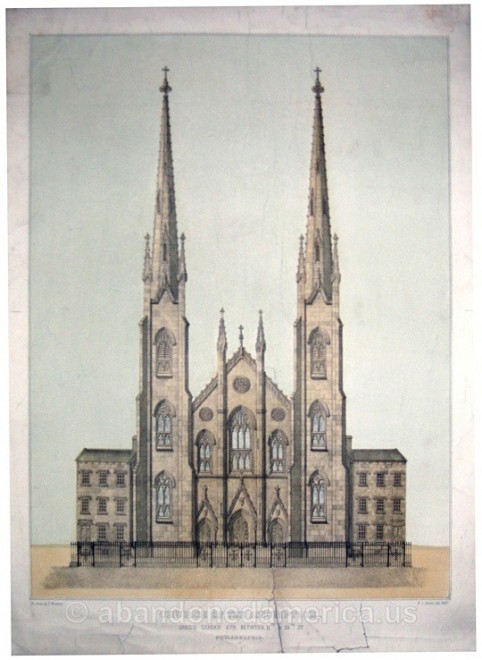 Supporters of preservation contended that the sale should render the appellate court’s decision moot, claiming that a for-profit developer did not have a case to make for financial hardship. Attorneys for Siloam countered that a demolition permit is something that stays with the property regardless of transfer, the way that a historic designation would.

John Wei, a developer based in neighboring Chinatown, purchased the church over the summer from Siloam. Following the ruling from the Court of Common Pleas, Wei reportedly said that he wanted to save the church, but acknowledged that there were structural “problems.” However, he has not made public any plans to demolish or redevelop the site.

The church was closed by the Archdiocese of Philadelphia in 1995.