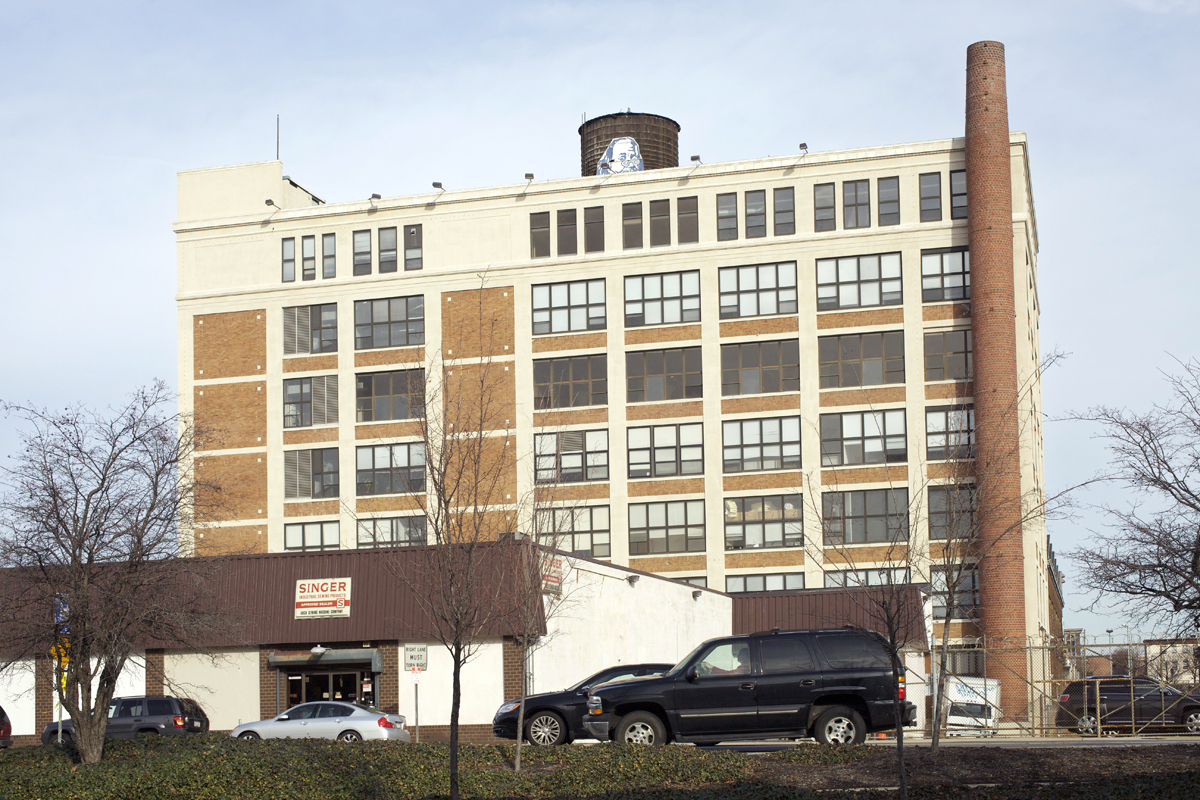 Facade where the proposed L.E.D. sign would be installed, 7th and Willow Sts. | Photo: Peter Woodall

City Council will vote as soon as today on legislation that would make legal the erection of a seven story LED wall wrap on the highway-facing side of the seven story former factory building connected to the popular music venue Electric Factory. A deal, worked out through a “community benefits agreement” with the help of private consultant Jeff Hornstein, would see 20 percent of the revenue generated by the billboard funneled into three public schools, McCall, in Society Hill, Spring Garden Elementary, in Callowhill, and Kearny, on the western edge of Northern Liberties.

The bill sailed through Council’s Rules Committee last week and Hornstein felt confident that the bill “was going to pass City Council with a 16-1 or 17-0 vote.” He estimated that proceeds from the advertisement at Seventh and Callowhill Streets would generate about $500,000, three-quarters of which would go to the schools, with the remainder being divvied up amongst various civic associations.

The legislation has drawn criticism from Scenic Philadelphia, a group that combats public advertising across the city, as well as the Society Hill Civic Association, the City Planning Commission, and Independence National Historical Park due to the unusual size of the billboard and fears over it setting a precedent for the construction of more digital advertising in the city. It also points to the growing role of community benefits agreements as a method for property owners and developers to curry favor with residents and civic associations in exchange for zoning exemptions.

Critics point out that the debate over the bill in the Rules Committee centered not on the merits of the billboard–issues of design and public space and traffic safety–but on the state of public education in the city.

“At the Rules Committee hearing Councilwoman Blackwell spoke strongly about the need for addition funding for our public schools,” said Rob Kettell, a retired architect and planner and member of the Design Advocacy Group, who testified against the bill at last week’s City Council hearing. “I agree with her. If City Council agrees there is such a dire need for more funds for these schools then City Council should fund these schools appropriately.”

Kettell also worries that the ad hoc nature of the community benefits agreement sets bad policy precedent. “There are hundreds of worthwhile causes that should be funded,” he said. “That does not mean that city policies or regulations should be violated just because a few of these worthwhile causes will get more funds. There needs to be a more structured method of serving worthwhile causes and making exceptions to established city laws.”

But in a phone interview yesterday, Hornstein, who is also President of the Queen Village Neighborhood Association, claimed he’d seen no resistance to the bill. “I haven’t really seen any criticism at all,” he said.

“There are couple of people who scream very loudly about this thing, but they’re the same people that scream loudly about every billboard,” he said, referring to Scenic Philadelphia’s well known anti-billboard stance.

And indeed, that group has screamed, repeatedly, about advertising on this exact building.

Myron Berman, a New York-based developer who owns the building through a company called Callowhill Center Associates, illegally installed a wall wrap on the structure in 1999. After one year, CCA applied to Licenses & Inspections for a use permit to make the sign legal. L&I denied the request, on the grounds that the sign violated city zoning codes. Nevertheless, the Zoning Board of Adjustment, chaired at the time by David Auspitz, later granted a variance for the advertisement, after Berman claimed losing the sign would be an “economic hardship.” Scenic Philadelphia (known at the time as SCRUB) sued to overturn the approval. 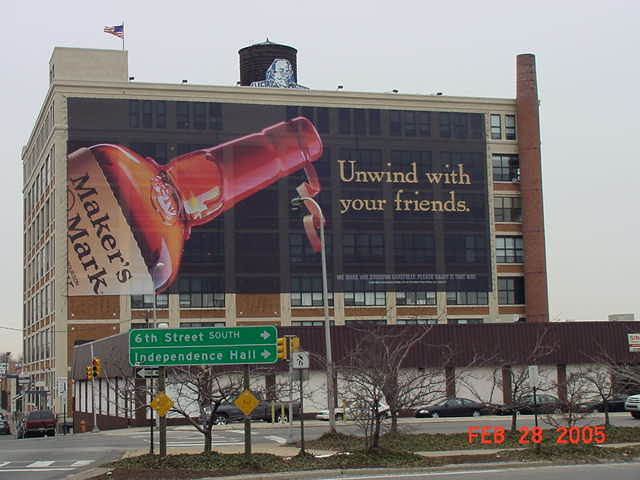 The case eventually made its way to the Pennsylvania Supreme Court, which ultimately denied CCA’s petition to keep the sign in 2003. And yet, the sign remained in place for nearly another year, requiring another court order and a $65,000 fine before it was finally removed–at least until 2005, when Berman installed another sign in the middle of the night. That sign was forcibly removed by the city.

Last year, Berman started trying, again, to get outgoing Councilman Frank DiCicco to pass legislation approving yet another sign on the building. That legislation was approved by Council, but was ultimately vetoed by Mayor Nutter.

Hornstein, a former AFL-CIO union organizer, says he was approached by CCA to act as a consultant in this matter simply because of his experience with local elections and community groups. Last year, Hornstein lost a bid to replace Frank DiCicco as First District Councilman to Mark Squilla, the man who is now, ironically, sponsoring the Electric Factory legislation. 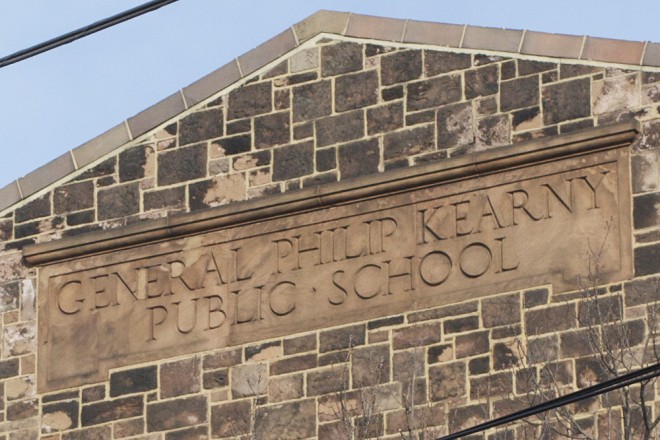 Hornstein, who said he was not familiar with the intricacies of the building’s recent history, believes that the proposed payout to underfunded schools more than makes up for negative aspects of the billboard. “Look, I wish we didn’t live in a world where we were deciding between giving tax breaks to millionaires versus school funding, but that’s the world we live in. And in the world we actually live in, this is a pretty good deal [for schools],” he said.

“This thing basically only faces the highway. If I thought this was going to be terribly destructive to anybody’s quality of life, I wouldn’t have gotten involved,” he said.

“Somebody sent me a nasty email saying, ‘for such a paltry sum of money, you’re making a deal with the devil’,” said Hornstein, “I said, ‘OK, then you come up with a half million dollars for these schools.’ A lot of people want to criticize but they don’t have positive solutions.”

Kettell acknowledged that developers had made concessions before to earn zoning variances, but that those concessions were typically related to aspects of the development itself, not purely monetary givebacks.

He also characterized the creation of this particular community benefits agreement as arbitrary and secretive. “Who decides that visual pollution is worth $250,000 a year? Why not $1 million? Why not $10? It would be far better if such permissible concessions were debated in public forums, rather than in private meetings with community groups,” he said.