What Would Frank Think? 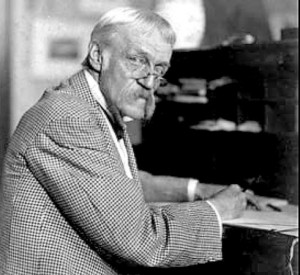 While it seems likely that if he were alive the architect Frank Furness would vote for President Barack Obama tomorrow–his father, the Unitarian minister William Henry Furness, was a leading abolitionist–it is also clear Furness was comfortable hanging around a very Romney-esque one percent. Whatever his political motivations, we know Furness was as idiosyncratic and unpredictable as his buildings–and like many path-breaking creative people, his beliefs and tastes evolved significantly over the course of his long career.

That evolution is the subject of our first entry in our second annual Frank Furness Week on the Hidden City Daily, “The Beginning and End of Frank Furness,” by our dark prince of the 19th century, GroJLart, to be published later today. During this brilliant week, which is sponsored by the Athenaeum of Philadelphia, we’ll also have for you insights on Furness from his two leading scholars, Williams College professor Michael Lewis, author of Frank Furness: Architect and Violent Mind (Norton, 2001), and George Thomas, co-author of two Furness anthologies and author of a third book on Frank, due out this spring on Penn Press. 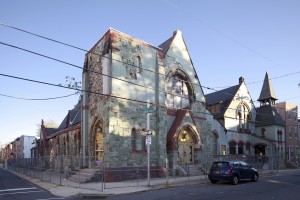 Thomas, who introduced me to Furness in 1989 during his seminal course on the architect, is the driving force behind Frank Furness 2012, a series of events and celebrations in honor of the centennial of Furness’ death in 1912.

What’s more, we’ll have the story of the fight to save a threatened Furness gem, the 19th Street Baptist Church, and brand new photo essays on two of the architect’s greatest masterpieces, the Furness Library at Penn and the Pennsylvania Academy of the Fine Arts.

And of course we’ll conclude the week with a birthday party for Frank at the remarkable Castle Ringstetten, the upriver clubhouse of the Undine Boat House. To book your place on the tour of Undine and at the birthday party Saturday night, click HERE. 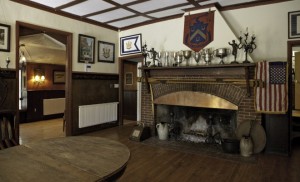 But this isn’t the only important thing going on this week at the Hidden City Daily. Today–and I think Frank Furness would be pretty excited by the work we do–we launch a long-anticipated, and very necessary crowd-funding campaign to support the journalistic work of the website. You can see our terrific video made by Andrew Ferrett of History Making Productions (and filmed, as a courtesy to us, in their studio) and donate to the campaign HERE.

Read more about what we’re trying to accomplish with this campaign HERE. The short summary is this: it costs us about $100,000 a year to run the Daily, and while we are pursuing some grant opportunities, we must rely on readers and colleagues for support. When we reach–and break through–our $15,000 crowd funding goal, we’ll be well on our way to expanding our coverage of Philadelphia’s changing built environment.

Finally, there are a few spots left on Saturday’s Inside-Out Tour of Camden. If you’re curious to see “the real Camden,” this is the event for you. Sign up HERE.