Pearls Of The Delaware 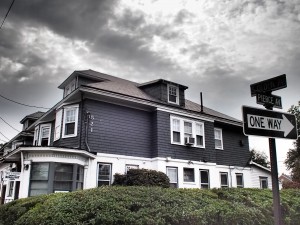 “The neighborhood keeps getting worse,” said my father, David. We were standing in my sister’s kitchen. The Thanksgiving turkey was roasting in the oven. Gang violence had been increasing and someone had gotten shot across the street from Delorenzo’s, the venerated Trenton pizza place. Last month, after 46 years practicing dentistry at the corner of S. Olden Avenue and Pierce Street in the city’s Chambersburg neighborhood, David had closed his office and moved into a new one in the suburbs. Recently, Delorenzo’s announced it would move too.

The dental office had been my grandfather’s. Upstairs, where my father reviewed cases and kept supplies, had been his bedroom growing up.

In 1966, when he opened the office, Trenton was a city of about 110,000. In 1950, when my father was 13, its population had been 128,006–the city’s historical peak. Thanks mostly to Latino immigration, the New Jersey capital’s population has recently stabilized, at about 85,000. But that stability belies endemic, and tragicomic, political corruption, high poverty, and violent crime. Trenton is a city with only one industry–state government–and seems to have no other prospects for growth.

“A city needs to have so many things going in order to reverse long standing decline,” I said. Small cities, indeed, still confound us. Trenton, Camden, Chester, Wilmington–pearls on our Delaware chain–are each old and interesting places. They’re large enough to have complex histories, a vernacular architecture, and distinct local traditions, but too small to and not economically dynamic enough to overcome longstanding decline.

After all, it’s taken 50 years for big city Philadelphia with its massive and unusually diversified economic base and field of wealthy institutions to recalibrate and grow again.

“Trenton has nothing,” my father said, “it’s a city turned inside out. People used to come to Trenton for everything. Now, if you live there, you have to leave.” 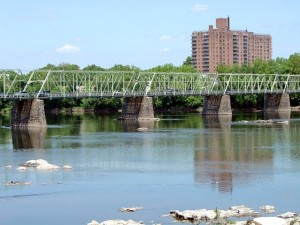 “I think I got out just in time,” he added said after a moment, perhaps with a hint of irony. Moving his office had been a subject of family conversation since I was 13, but content with his workspace and patients, he never could do it.

He’ll struggle to sell the building for the price of a few hi-tech x-ray systems.

It’s an old story, and in Trenton, my family has been through it before.

Now Trenton (24.5 percent poor), like Camden (36.1 percent poor) and Chester (35.1 percent poor), is poorer than ever. But all three cities have stopped shedding population. In Trenton and Camden this is due to immigration. Almost a quarter of Trentonians are foreign born. And some small US cities are feeding on the same demographic and economic shifts that have large cities growing again. Wilmington, a pearl at the end our Delaware chain and about the same size as Camden, is growing. So are Bethlehem and Scranton. Asheville, North Carolina, the same size as Trenton, has evolved into into the maker capital of the mountain southeast. 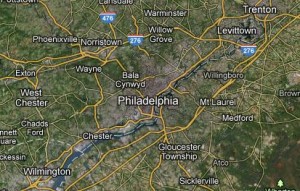 Can we envision something similar happening to our Delaware pearls? Let’s place Philadelphia on the river chain connected by water transit to Trenton, to Camden, Chester, and Wilmington as Venice is connected to its sister islands. Let’s put ourselves on the river, a river that’s not a boundary or a view, but the thing that gives Trenton–and Camden, Chester, and Wilmington, and certainly Philadelphia–a chance to outdream its shrunken destiny.