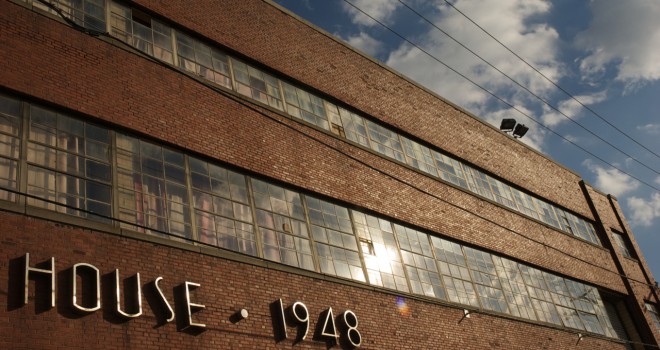 One of Philadelphia’s most acclaimed architecture firms, KieranTimberlake, has recently purchased the 1948 Ortlieb’s Bottling Plant on American Street in the Northern Liberties. The firm will renovate the building, designed by the architect Richard Koelle, who studied under Paul Cret at Penn, for its 90+ person office. Move-in is expected in 2014.

KieranTimberlake is the designer of the US Embassy in London and was the top winner of this year’s Philadelphia AIA awards for its addition to the Michener Museum in Doylestown. The firm is also the designer of the US Department of Energy-funded Energy Efficient Buildings Hub, a combined historic renovation and new construction project at the Navy Yard.

According to the architecture firm’s website, KieranTimberlake’s renovation includes a second floor loft and workshop space on the ground floor for design research.

The bottling plant is across the street from the much older brewery, which will be torn down by the developer Bart Blatstein.