In Wash West, A “No Waste Zone” Brewing 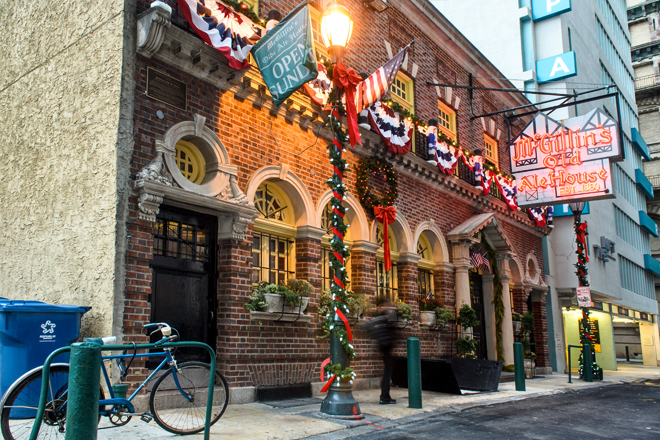 Chris Mullins, Jr. is a connoisseur of trash.

Mullins, part of the clan that has owned and operated McGillins Olde Ale House since Eisenhower was in office, has seen quite enough of it. Regulars and tourists who frequent the watering hole on Center City’s tiny Drury Street, he says, have to contend with anywhere between 17-22 dumpsters belonging to both McGillins and the neighboring businesses and restaurants, which use the alley-like street as their back of the house. Often overflowing during busy times, many of the dumpsters are also situated on the sidewalk, creating unsafe and unsanitary conditions as well as olfactory obstacles for visitors, Mullins says.

“Tolerating trash is not the right thing to do,” he says. McGillins is in the process of implementing a zero-waste plan in the bar, which calls for recycling, composting kitchen waste, and replacing non-biodegradable restaurant trash (straws, basket liners) with compostable and biodegradable options. Then he wants to create a “no waste zone” to transform how the neighborhood deals with trash. 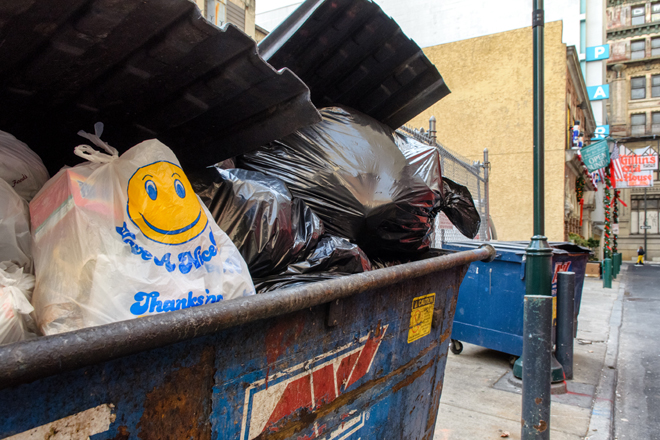 Mullins says his plan is to convert the small parking lot on the east side of the bar (owned by Goldman Properties, the predominant landowner on the block) into a central trash collection, recycling, and composting point for both McGillins and the neighboring businesses. Citing his “wordly view on trash” and European sensibilities when it comes to dealing with it, Mullins turned to consultant Maurice Sampson II, founder of Niche Recycling and the first recycling coordinator for Philadelphia, to develop the plan. Dubbed “Drury Street Green,” the plan calls for two compactors–one each for trash and recycling–and a large BiobiN for composting kitchen waste. In addition to removing dumpsters from sidewalks and cutting down drastically on odor and rodent problems, the plan will also significantly reduce the amount of Drury Street trash heading to landfills.

Though Drury Street Green it is still in a preliminary phase, Mullins has commissioned landscape architect Bryan Hanes to create a rendering of the collection point to be available in early 2013. 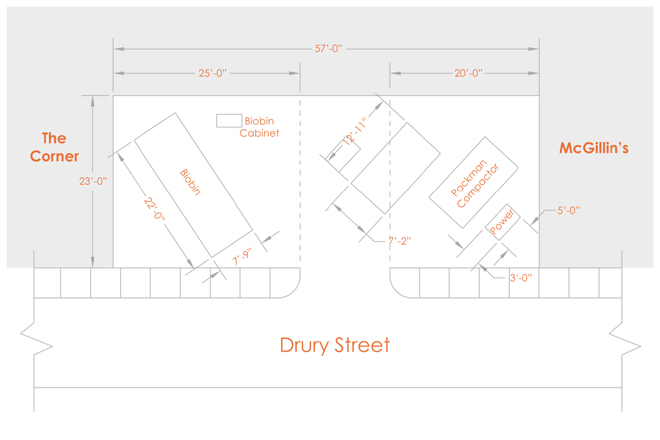 The model is actually already working in Philadelphia, says Mullins, who points to White Dog Cafe founder Judy Wicks. Wicks worked with Sampson in 2004 to implement a similar system to clean up Moravian Court. Sampson sees the success of that program and the potential on Drury Street as a pilot program that could lead to eliminating what he sees as a an alley trash problem in Philadelphia.

“You don’t have a lot of Drury Streets,” Sampson says. “Mostly what you have is a lot of smelly alleys.”

While negotiating the use of the lot remains a key issue, so does the initial capital. Mullins says he’ll need to don his fundraising hat to come up with roughly $175,000 in equipment and program implementation costs. The plan has the support of the Center City District, Washington Square West Civic Association, and numerous members of City Council, says Mullins, and many have pledged to help find a way to fund the start up.

“The Center City District is very supportive of efforts to reclaim alleyways throughout Center City through consolidated management of dumpsters and better management and reuse of these spaces,” says Paul Levy, Center City District CEO. “Dumpsters are an essential part of a nearly all commercial businesses and they need to be accommodated, but Philadelphia could reclaim a lot of under-utilized public spaces and increase the value of a lot of adjacent real estate if we developed a comprehensive program to manage these spaces better.” 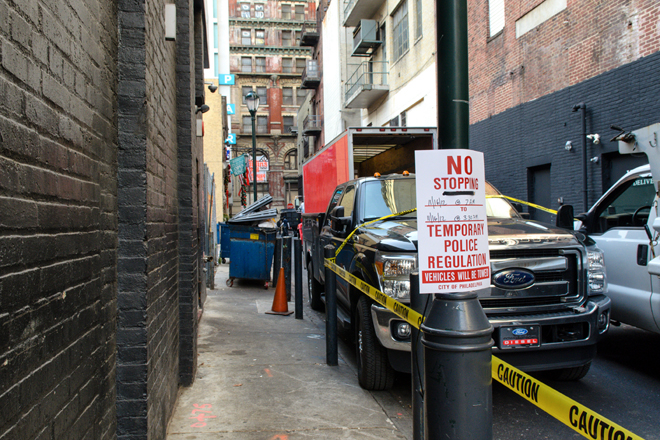 Levy also cites an unpublished 2007-2008 Center City District analysis that explored the possibility of solar powered dumpsters that eventually led to the BigBelly trash compactors in use across Philadelphia.

The program is to be funded by participating businesses, which should see little change from their present trash bill. The fees will also cover a staff person who will maintain the area and work to educate kitchen staff on how to separate their trash, says Mullins.

According to preliminary plans, the central collection point will also eliminate the need for multiple trash haulers, which, along with delivery trucks and dumpsters, often choke the street. A recent visit proved that to be true, as the east end of Drury where it meets 13th Street was cordoned off with caution tape, leaving pedestrians to weave through a morass of trucks and trash bins, or walk all the way around the block.