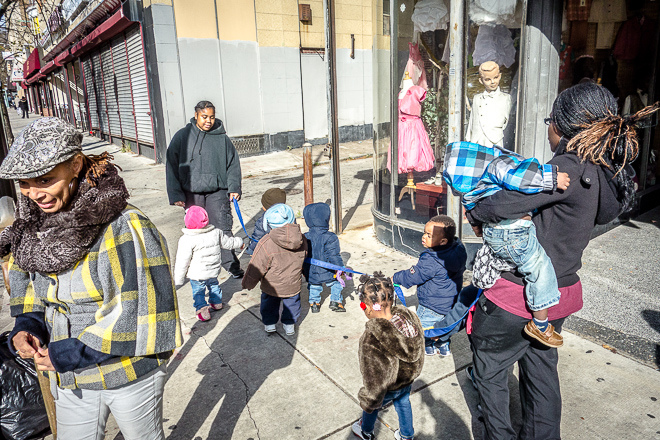 On Tuesday, city officials, business owners, and other stakeholders sat down at the Flying Horse business center on Pulaski Avenue to discuss the future of the Germantown Special Services District, the agency created in 1995 to collect revenue from property owners in order to fund improvements, like street cleaning, along Germantown Avenue. For nearly two years, the agency has been dormant following a decision by City Council not to reauthorize its board, widely regarded as ineffective and closely tied to the corrupt and now defunct non-profit, Germantown Settlement. That group imploded in 2010 after evidence emerged suggesting rampant misspending by the group’s director, Emmanuel Freeman, raising endless questions about the fate of nearly $100 million sunk into the organization over 20 years.

Waves of scandal and city intervention have left the neighborhood largely leaderless at the local level, particularly in the realm of economic development. As the city tinkers with the GSSD, other grassroots organizations have struggled to emerge from the rubble left behind by the collapse of Germantown Settlement and defy the lingering skepticism of officials who believe that the ancient neighborhood is a black hole for government dollars.

The consequence of this has been that holdovers, like the GSSD, are still paralyzed, and non-profits that have stepped up to fill the void left by Germantown Settlement have had a tough time getting support from the city. Government investment, significant enough during the bad old days, has slowed to a trickle, and one of Philadelphia’s most important, and most under-realized, neighborhoods remains in limbo. The Germantown United Community Development Corporation wants to be the group that breaks the cycle. 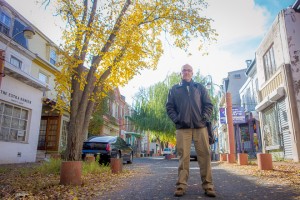 The group emerged out of a battle last year over the redevelopment of a neighborhood Shop-Rite into an auto-oriented strip mall with an anchor Sav-a-Lot, a discount chain that residents criticized as lowering expectations for commercial activity in Germantown. Finding few extant community groups to rally behind, neighbors collaborated to form their own.

“A lot of protest against this was because basically neighbors felt that this was going to be another dollar store-type, low-end development,” said Andrew Trackman, a marketing consultant who joined Germantown United’s board earlier this year. “There was this perception that Germantown was a certain way, while there was plenty of evidence that it wasn’t.”

Yvonne Haskins, a lawyer and co-chair of Germantown United’s Program Committee, says the Sav-a-Lot project was the last gasp of the dysfunctional, politically connected leadership that profited from selling the neighborhood as a dumping ground.

“This was primarily because Germantown has had such fractured and corrupt leadership. You have this perception of Germantown as being a low-income, blighted community, when most of the housing stock is pretty strong,” said Haskins. “It’s unfortunate that because our community is majority black that it’s also associated with blight. That stereotype has prevailed, and that’s why we got a dollar store in a transit-oriented development. Both middle and low income shoppers want better options.”

The Sav-a-Lot opened last December, but rather than dissolving, Germantown United used the attention and membership it had gained to try to shape commercial development in the neighborhood. The group began hosting public planning sessions, adopted the “CDC” moniker, and filed for non-profit status. It has spent the last several months strengthening its board, which, alongside business owners and employees of the neighborhood’s numerous historic sites, now includes a professor, an investment banker, a member of the city’s Commerce Department, and a project manager of Post Brothers Apartments. 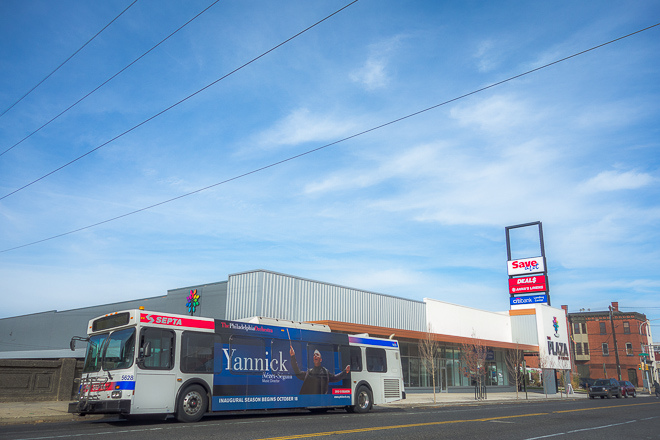 Haskins is quick to trumpet the diverse and powerful group Germantown United has assembled, as well as the artistic events and neighborhood movie nights sponsored by the volunteer board. However, she notes that traditional investment and business development, the primary activities of most CDCs in Philadelphia, have been non-existent. The reason is simple: the group has virtually no funding, and therefore no staff.

“These are small activities compared to the kind of strategic planning we’d like to do, but the only money we have right now is money we’ve personally contributed out of our own pockets. Our job is to try to raise money to get an executive director,” said Haskins.

In most neighborhoods, CDCs draw stability from small but reliable funding streams and tax credit programs managed from the city’s Commerce Department to at least maintain essential employees. Haskins says her group wasn’t ready to apply for a corridor manager grant offered by the Commerce Department last January, but will do so this year. However, she says the city could still offer other forms of financial support in the meantime. She expressed uncertainty over where the organization stands with the city and what the reactivation of the GSSD will mean for its future.

“It’s slow. I couldn’t tell you where the city is in all this, but Commerce has been encouraging. We’re working on trying to convince them that we’re ready, but they say they want to see us build more capacity. It’s a chicken and egg situation. How do you build capacity with no money?” said Haskins, who says Germantown United is currently trying to seek out donations to hire a part-time fundraiser.

There is a certain level of irony to a situation where a new, relatively transparent group is struggling to even get a startup grant, while Germantown Settlement, for decades, was awash with millions of dollars and virtually no oversight. Haskins says part of it is politics.

Miller’s recently elected replacement, Fattah protégé Cindy Bass, has invested time and attention into the reactivation of the GSSD, but has not taken a stance on Germantown United.

“I don’t know who she would favor to have that kind of status in Germantown,” said Haskins, who wondered if Germantown United’s dustup over the grocery store damaged their reputation with pols.

In an official statement to the Hidden City Daily, Bass said, “Community groups like the Germantown Artists Roundtable, Germantown United, Germantown Restoration CDC, and Germantown Community Connection have been great partners so far and we look forward to continuing work with these groups and others.” 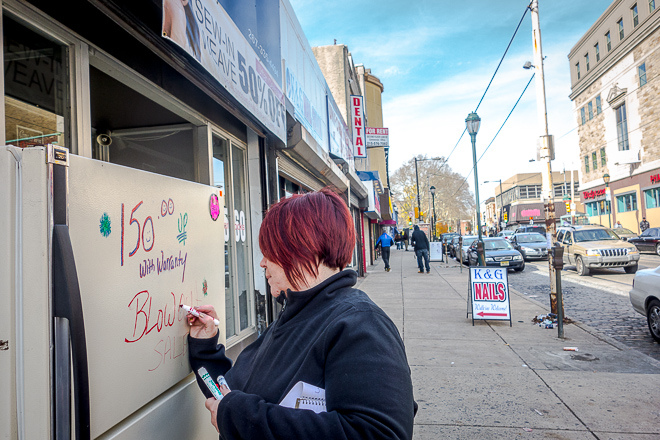 Her statement mirrors those by other city officials, who say they are hesitant to “play favorites” in the neighborhood non-profit circle. While neither Haskins nor representatives from the Commerce Department characterized the groups as being combative or even having redundant objectives (Germantown Restorations focuses on affordable housing and the Germantown Community Connection is a community group that is not explicitly focused on economic development), deputy commerce director Kevin Dow said that preemptively “anointing” one organization was inappropriate and had the potential to stir up animosity and unnecessary competition.

There is also a concern that supporting a group with no track record could lead to another Germantown Settlement scenario down the road. Dow acknowledged that he wanted to see more development and continued transparency from organizations like Germantown United, which he said had made promising strides, before the city vested its limited resources.

“Germantown United is, quite simply, a startup organization. We also don’t want to be in the position where we are the sole funder of an organization, because then they become reliant on government funding for everything,” he said. 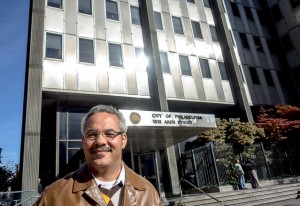 Dow acknowledged that this process takes time, but said the city was not abandoning Germantown in the meantime. “We’re not waiting. We’re trying to identify resources to improve the corridor,” he said, pointing to the city’s façade improvement program and streetscape improvements to Germantown Avenue as evidence that the city was still investing in the neighborhood. Moreover, Bass’s office claimed in its statement to the Daily that it had “started planning with the Commerce Department for a revitalization of Maplewood Mall; met with Parks and Recreation to plan a makeover of Wister House and Vernon Park; spoken with the Redevelopment Authority regarding the Germantown Avenue YMCA building.”

It’s possible that the city is simply putting the crop of post-Germantown Settlement organizations through their paces to see which groups have the drive and stability to warrant a long-term financial commitment. In certain ways, it is refreshing to see City Hall not tossing money at potential fly-by-night organizations, but nothing can take away from the fact that in the meantime, the vast neighborhood still struggles, leaderless. It is a familiar state for Germantown, a neighborhood of unparalleled potential, with endless historical assets and a sprawling, heartbreakingly beautiful commercial avenue, all of which have teetered on the brink of collapse for decades.

But Tuesday’s meeting on the future of the special services district may signal that for the first time since the collapse of Germantown Settlement, there is real hope the leadership impasse may break. In January, the City will put out an RFP for a commercial corridor management grant, creating the possibility that a strengthened Germantown United will receive funding for the first time. Councilwoman Bass’ office said they anticipated the new Special Service District board to be approved on April 19th, setting the stage for street cleaning and other operations to resume by June, 2013.