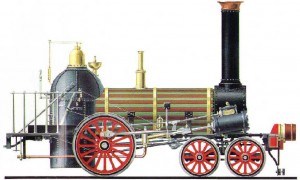 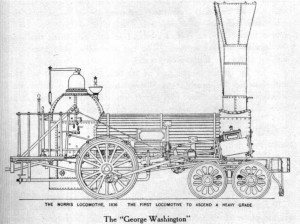 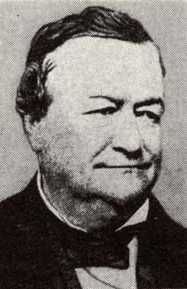 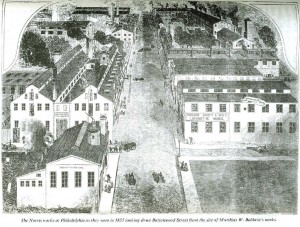 The Norris factory complex in 1855, looking north on 17th Street. 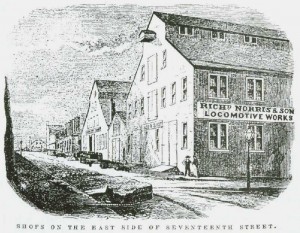 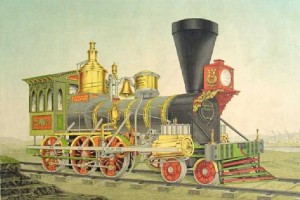 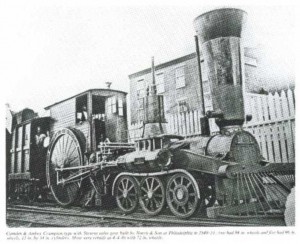