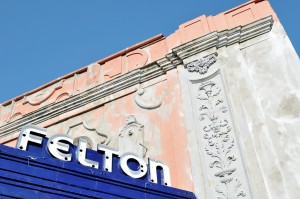 Because the shoe stores, the dress shops, the movie theaters, the cafeterias, the tap rooms, the newsstands, the lunch counters, the camera stores, the jazz clubs, the delicatessens, the hotels, the butchers, the produce peddlers, the banquet halls, the arcades, the hardware men, the cigar shops, the discounters, the booksellers, the paint stores, and the shirt tailors have vanished, because Ridge Avenue and Erie Avenue, and Kensington and Allegheny, and Front and Olney, and Cecil B. Moore (Columbia) Avenue and Woodland and Point Breeze and Lehigh are bare shades of themselves, because even Center City lacks a multi-plex or an all-night diner, because South Broad and Snyder hangs on, because East Passyunk is lifting off and West Passyunk pushes out, because Frankford is going doubletime, because Philadelphia is only now remembering what it means to be and act and feel like a big city, this is why North Broad Street matters. 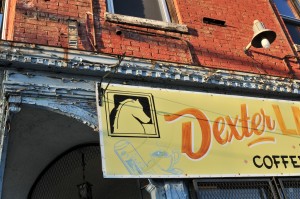 The storms of deindustrialization, suburbanization, racism, poverty, and decline swept from us the essential bones of the modern city, eviscerated these places of scale and ambition, the crowded corners, and cut short the urban night. And so we rolled our cityselves into our little row house apartments, and sat on our stoops, and kept our dreams neighborhood dreams, parochial dreams, quiet dreams. And Philadelphia in the last half of last century reverted to its Colonial-era repute: the quietest city in the world.

Fragmented and disconnected, we turned our backs on the remnants of the industrial city–it was too painful to watch it all wash away–and declared ourselves, if we could declare anything, the descendants of the 18th century city. Bought and sold ourselves on charm and intimacy (not bad things, but not enough). 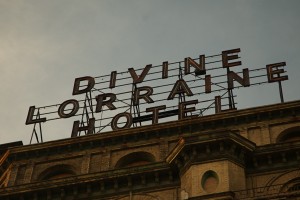 This is why the massive investment that is coming to North Broad Street–the street of dreams, if ever the was one in Philadelphia–matters. This was the street that swelled with hot money and long nights. There is in fact enough space and sky to build onward for decades and to make some people very rich.

That isn’t enough, of course. One great avenue can’t make up for the drifting apart of a dozen others, and no plan to activate the built environment can reverse intensifying urban poverty. But it can remind us of a central narrative that’s been missing as we tell and retell the Philadelphia story.