TOD Is Here; Now Let’s Make It Really Work For Us 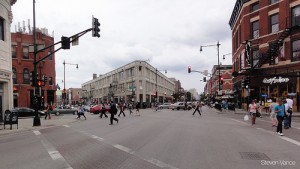 In Chicago’s Wicker Park neighborhood just northwest of downtown, where Midwest hipsters collide with upwardly mobile YPs, El stops are the puncture points of some of the most active, vibrant streets and most densely built neighborhood corners in the city.

The Damen stop in particular is so successful that nearby the Flat Iron Building and Milwaukee Avenue have come to characterize Wicker Park as an urban regional arts destination. Thanks in large part to this intensifying urban pattern, what planners call transit oriented development, a place was born and a neighborhood defined.

But in Philly’s rapid transit paradigm, the Damens of the world are the exceptions to the rule. Outside of Center City and University City, development around Philly’s high volume transit stations is too often characterized by drive-thrus, gas stations, and parking lots. This is transit under-development. 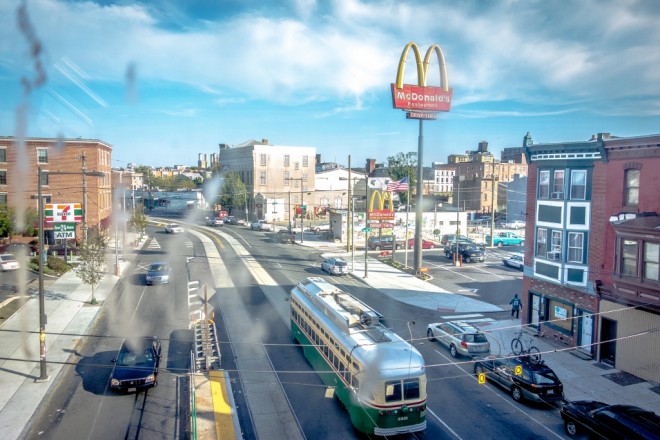 One step off any of the three El stops that serve the Northern Liberties and Fishtown, roughly comparable places to Wicker Park, and you’re unlikely to encounter iconic, neighborhood defining buildings or vibrant shopping streets. Instead, you’ll get a drive-thru McDonald’s, a one-story Deal$, or a downright anti-urban Delilah’s. In contrast to Damen, there are few resulting attributes that contribute a sense of place and neighborhood identity (aside from incoherence), and, critically, reduced interest in transit.

This leaves us with a rather striking under-utilization of prime urban real estate in high demand areas that could be filled to the brim with potential transit riders and neighborhood services.

All This is About to Change 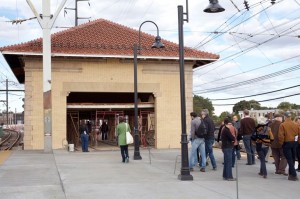 Philly’s urban planners are a smart bunch; they understand the city’s land utilization-mass transit mismatch like Planning 101 students know Jane Jacob’s four principles to healthy cities. Armed with this recognition, for the first time, they have codified TOD overlay districts as part of the City’s brand new zoning code. Through Philadelphia 2035 they hope to officially put TOD on the map.

Googling the location of these districts won’t do you any good–they haven’t been mapped yet. According to Jennifer Barr and Natalie Shieh, staff planners of the City Planning Commission, they will be defined through Philadelphia 2035’s district planning process which is ongoing.

True, a number of district plans have already been completed, but Barr says TOD has yet to be an appropriate recommendation in those plans. But, TOD fanatics, don’t fret, she says that “the current Central District Plan will include recommended sites.”

The City is banking on overlays to assist in establishing a more coherent public realm in and around transit stops. This means allowing higher density development, reducing parking requirements, and encouraging a higher mix of uses right when you hop off the train. 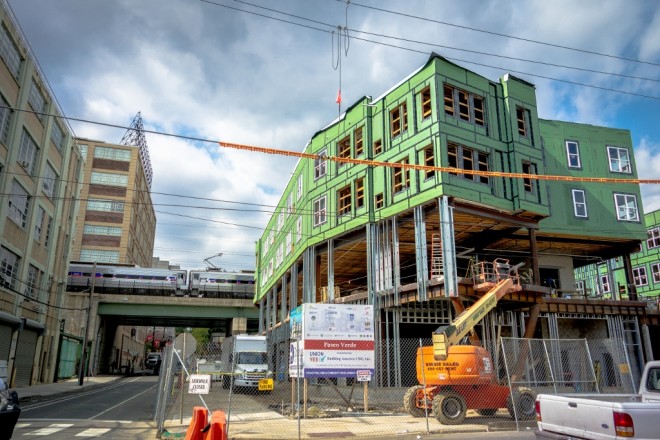 At 9th and Berks, just northwest of the Northern Liberties, the non-profit APM is bringing 120 units of housing, retail, office space (and reduced parking) to a parcel immediately adjacent to the Temple University Regional Rail station, SEPTA’s fourth busiest.

In the proposed overlays, city planners envision scaling up from a single Paseo Verde kind of development to ultimately create what can become an entire transit-oriented neighborhood.

To accomplish this, a lot of up-front work needs to happen. This is where the district planning process comes in. “Ideally, as part of the district planning process, the community, in conjunction with the City Planning staff, will define ideal places for TOD and create a vision for what it could look like,” explains Barr who is currently working on the Central District Plan. “Then, City Council will adopt what the community wants, which will effectively make the overlay the law of that land.”

“We’re looking for the TOD overlay districts to make a big impact, so we’re going to place them in high demand areas that are ripe for redevelopment and haven’t realized their potential,” explains Barr.