There’s A Furness In There! 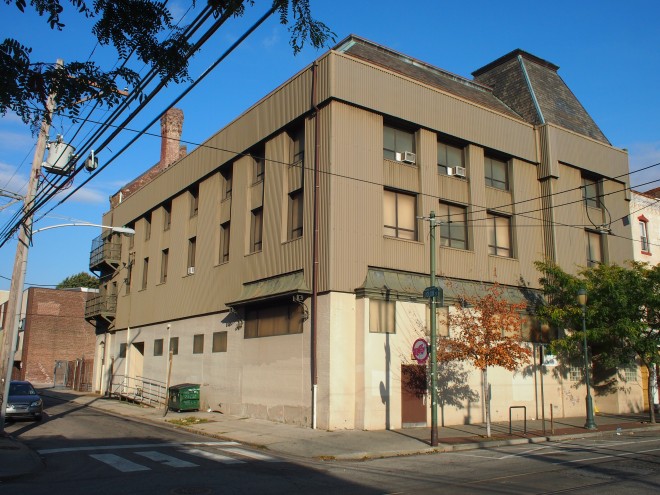 Under this disturbingly ugly facade…can you see it? A Frank Furness masterpiece.

Between 1851 and 1853, social reformers established a series of “young mens’ institutes” in order to “encourage and foster among the young men of our laboring population in the city and county of Philadelphia the spirit of self improvement by the establishment of libraries, reading rooms, lectures, etc.” These Institutes were an early form of trade school, focusing on mechanical work, literacy, and instruction in the industrial arts. Five of these schools were created to serve different parts of the city: the City Institute in Center City, the Mechanic’s Institute of Southwark, the Moyamensing Literary Institute, the Spring Garden Institute, and the West Philadelphia Institute, which opened in 1853 in a quite rural location, North 39th Street just above Market. 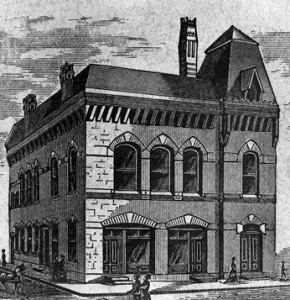 The young mens’ institutes were very much a huge success, engendering the desire for larger, more stately buildings. In 1874, the West Philadelphia Institute commissioned Frank Furness to design a brand new headquarters at the northwest corner of 40th and Oak (now Ludlow) Streets that could educate the school’s second generation. In response, Furness created a 22,800 square foot brick dungeon with all his trademark trimmings, complete with a mansard-roofed tower on the corner topped with a pyramid.

The new structure, known colloquially as “the 40th Street Building,” opened in the winter of 1876. Despite its awesome facility, the success of West Philadelphia Institute did not last as long as the other institutes (the Spring Garden Institute survived in some form until the 1990s) and by the 1890s had become more of a private library than a school. On May 28th, 1896, the school officially went kaput and started a new life as the West Philadelphia Branch of the Free Library of Philadelphia, which, despite absorbing the Institute’s collection, was small enough to fit in three rooms on the first floor.

The library remained in the 40th and Ludlow location for only five years before moving to the old Hamilton School at 4105 Chestnut (still standing) before relocating to its current home at 40th and Walnut in 1905. W.R. Taylor & Son Construction Company moved into the Furness building, where it remained for a quarter century. In the 1920s, Walter G. Wroe’s Dancing School took over the space. 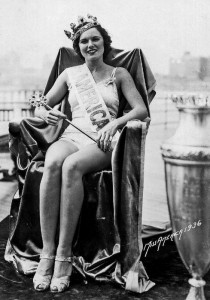 This school was famous in its own time and became known for being the origin point for many of that era’s starlets. Rose Veronica Coyle, Miss America 1936, credited her childhood training at the Wroe Dancing School as the secret of her success. For the rest of the mid-20th Century, the Philadelphia Electric Company occupied the building, making it the utility company’s West Philly headquarters.

Following the passage of President Lyndon Johnson’s Medicare and Medicaid bills in 1965, which guaranteed health care coverage to disabled poor and elderly, Congress passed the Vocational Rehabilitation Amendments, which authorized federal funding for vocational rehabilitation programs, and unwrote the construction of new rehab centers for the disabled. One of these was a mental health center, The Consortium, which was established in 1967 to provide mental health and retardation services to West and Southwest Philadelphia. In the mid-1970s, the agency acquired the old West Philadelphia Institute building and engaged in the near-total destruction of Furness’s great design. The first floor was porridged over and the upper portions were covered with incredibly ugly ribbed metal panels. As if to add insult to injury, the mansard cap of the corner tower was left (minus the pyramid), copper decorations from the original facade showing through, and a singular surviving Furness-style chimney mocks passing preservationists. 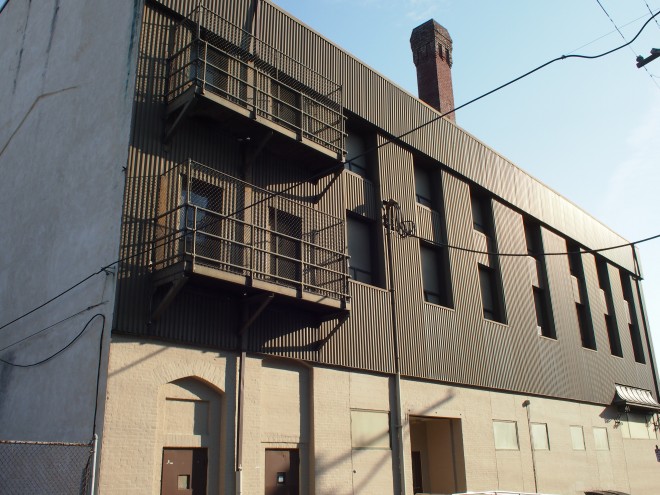 The Consortium operates its Child and Adolescent Center out of the building to this day, doing great and noble work. I suppose that all makes up for ruining a Furnessterpiece beyond recognition. Nonetheless, this would be a great historical asset had the mangling of the facade never happened. It’s still under there somewhere, waiting to one day show its face to the world once again.