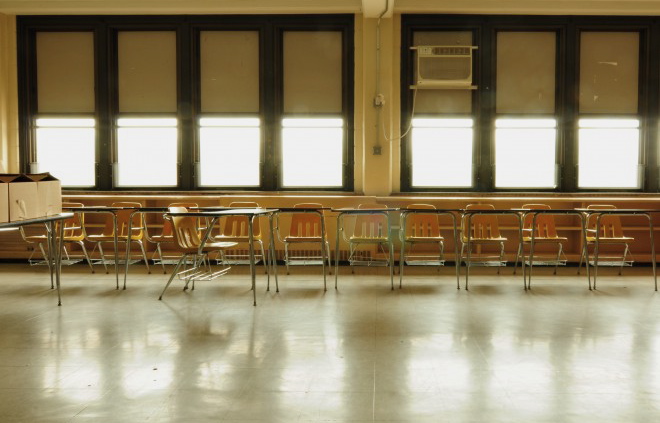 Well, there is quite a lot of sadness in the world, but I’m not sure this fits the bill. Nor is an event program that started with a multifaceted insider’s tour of Wayne Junction, and includes a photography workshop and tour of the rapidly changing Navy Yard, a bike tour to bring attention to the issue of empty school buildings and their impact on and potential for city neighborhoods, a positivist and counter-intuitive tour of Camden, and a birthday party for Frank Furness is anything like ruin porn, which presupposes detachment and objectification of the material evidence of complex societal issues.

In fact, Hidden City’s commitment to taking people inside sometimes forgotten places and activating them even temporarily (which started with the 2009 Hidden City festival) has led to real action–case in point the promising new relationship between developer Eric Blumenfeld and the owners of the Metropolitan Opera House. 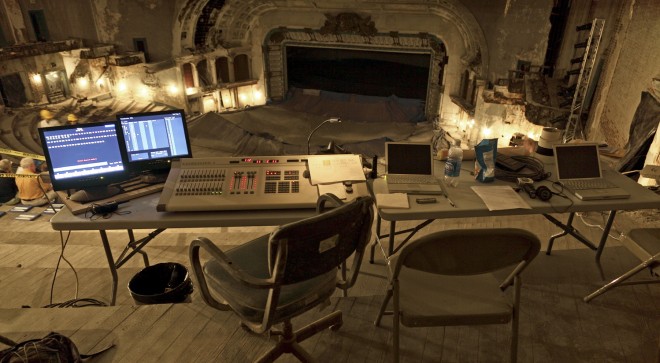 This kind of touch-and-feel relationship to the city is exactly our goal at Hidden City; excellent writing and strong photography don’t suffice to alter longstanding narratives, but learning, advocating, and exploring do.

We are certainly more than willing to give Saffron, who is truly the dean of urbanist journalists in the city, the benefit of the doubt here. She saw that our Navy Yard workshop is being given by the photographer Matthew Christopher, who edits a website called abandonedamerica, and who has written at length in these pages on the issue of ruin porn. But Christopher is more interested in documenting working places undergoing change–isn’t that the essence of understanding cities?–than taking pretty pictures of ruins. Saffron may have thought the school bike tour was tantamount to visiting the Lower Ninth Ward, but then she would have missed the entire point of Katrina Ohstrom’s schools project (of which the bike tour is a part), which included thinking at length about education reform, government funding, and changing demographics, and which included a panel discussion at Temple University on the future of schools.

Camden? This tour was intentionally designed to avoid the pitfalls of categorizing a complex and complicated place as a “ruin” or a “ghetto” or a “wasteland.” Who amongst us has had the opportunity to look beyond these easy labels to get even a glimpse of the human beings who reside in the poorest city in America? Well, here’s your chance to do so. And to eat some good food too. 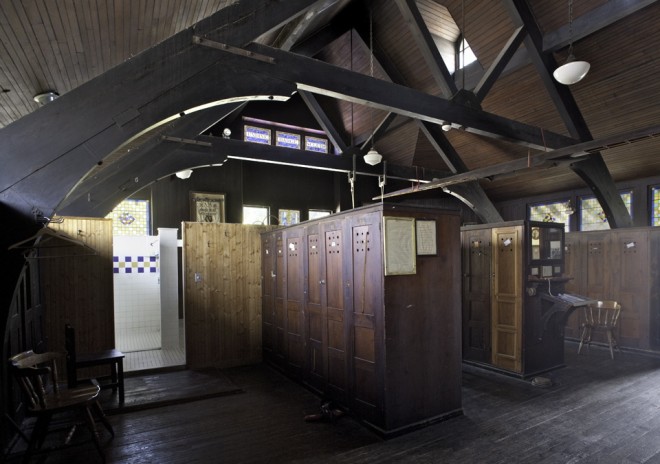 This bring us to the last item on our tour list (look out for additions to the schedule, they are coming), the second annual birthday party for Frank Furness. One of the greatest weights for any city to carry is that of what’s been lost. New York is still trying to undo the loss of the “late, great Pennsylvania Station.” And Philadelphia carries the missing oeuvre of Frank Furness–and especially the monumental castle that was Broad Street Station.

But what if we had had the power to take people inside threatened Furness buildings? Urban exploration is an act of seduction, and slowly, slowly, we might have built love for what were considered the city’s relics. Would we still have the wonderful Furness Provident Bank at Fourth and Chestnut instead of the 1980s lump of an Omni Hotel? Maybe not, but you never know until you help people become alive to the possibilities. That’s what our tours are meant to do, and with any luck they will in some small way.