Ortlieb’s, The Last Brewery In NoLibs, To Be Demolished 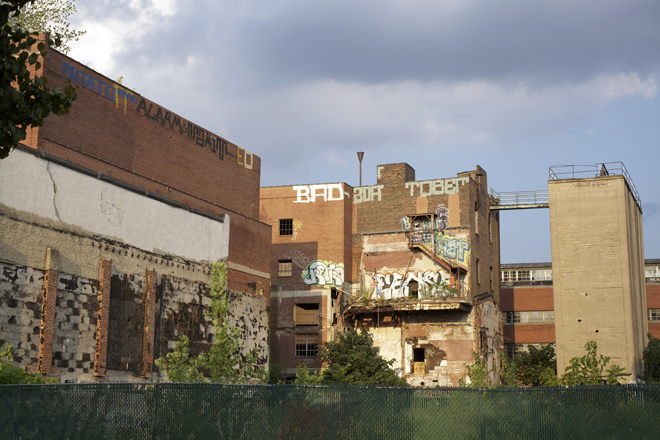 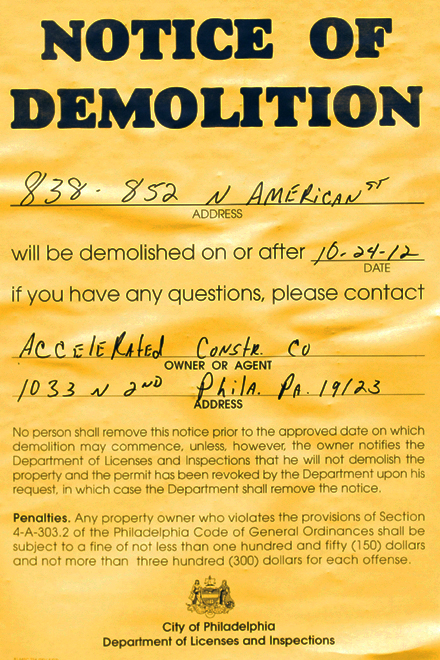 The vacant Henry F. Ortlieb Brewery, long a Northern Liberties landmark, will soon be demolished. The four building complex between American and Third Streets at Poplar closed its doors in 1981 when the Christian C. Schmidt Brewery purchased Ortlieb’s and moved production to its plant on 2nd and Girard.

Real estate developer Bart Blatstein’s Tower Investments explored rehabbing the buildings in 2007 but those plans didn’t progress beyond the review process of the Northern Liberties Neighborhood Association. “The market is so different than it was three or four years ago,” said Blatstein. “I would have kept the buildings if I would have felt it was a marketable commodity, but the condition of the buildings is such that it’s just not worth it.”

Blatstein said that market tastes in Northern Liberties have changed and now there is more of a preference for new construction. He said that plans for the property are “unclear.” 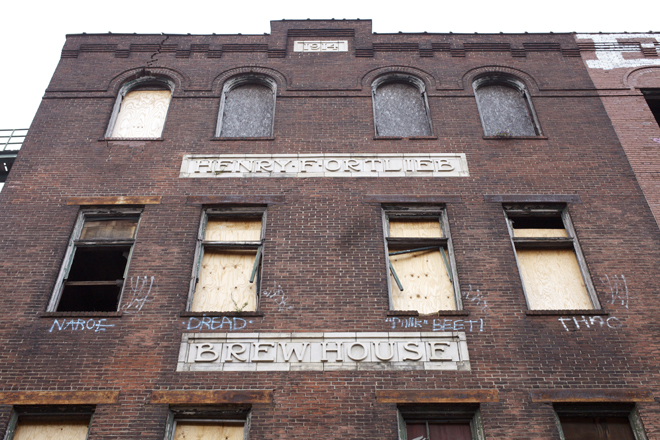 Brewing at that address dates back to the 1860s when Philip Gukes produced ale and porter in several small buildings facing American Street, then called St. John Street. Trupert Ortlieb, a Civil War veteran, purchased the brewery in the 1880s and the business grew steadily until Prohibition, eventually taking up the entire block. The company managed to get back on its feet after Repeal, and was a fiesty regional player through the 1970s despite consolidation in the beer industry and national marketing campaigns from Budweiser, Miller and Schlitz.

The brewery complex was the last of the large properties that gave Northern Liberties its industrial character. The nearby Schmidt’s Brewery, (now the Piazza at Schmidts), a much larger complex with 26 buildings, was purchased by Blatstein in 2000 and torn down over the following two years despite strong neighborhood opposition. In July, the L.H. Parke Coffee Company buildings on Front Street just a few blocks northeast of Ortlieb’s, which were also owned in part by Blatstein, burned down. 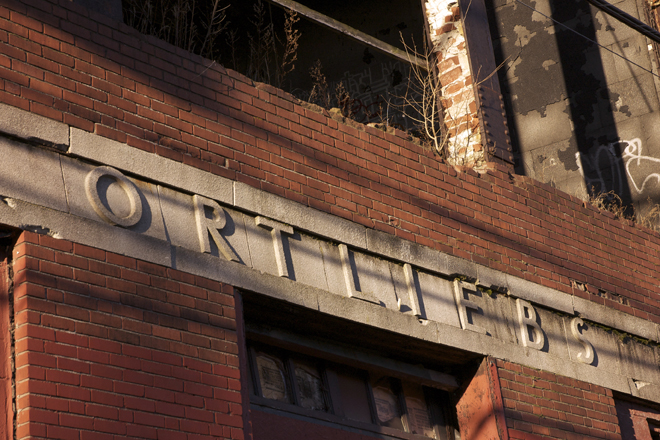 In 2002 a demolition company employed by Blatstein’s Tower Investments tore down one of the Ortlieb’s buildings facing 3rd Street without obtaining proper permits. According to a 2005 Philadelphia Weekly story, the City of Philadelphia cited the contractor and Blatstein for demolishing a building containing asbestos and Blatstein later paid a $2,500 fine.

The Ortlieb’s Bottling House on the east side of American Street, which has housed the Poor Henry Brew Pub and Fringe Festival events, is owned by a different developer and will not be torn down. Likewise, Ortlieb’s Lounge on Third Street will be spared the wrecking ball.