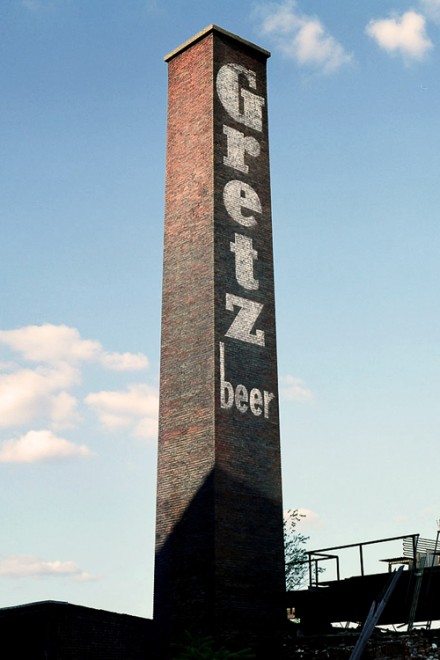 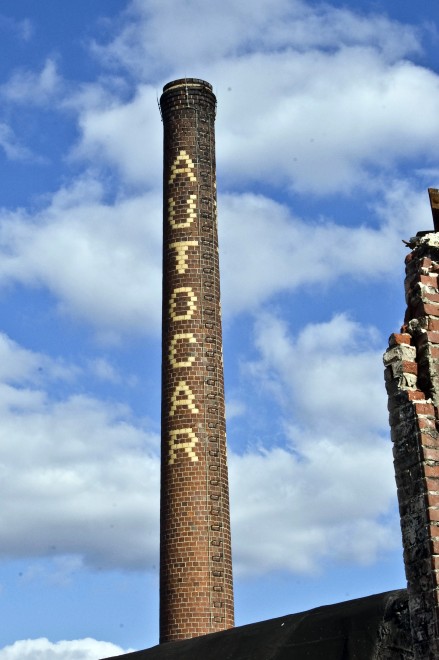 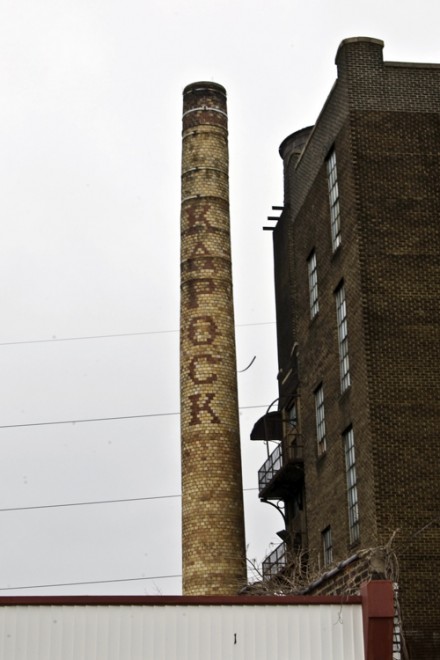 Human memory is short. Walk through a cemetery and read the markers. How many of the names are familiar to you? Under their massive marble tombs even the once famous tend to fade from public memory over the decades. In death we become memories, and those memories are fleeting, sustained only by our impact on our world, until, in most cases, the only thing left to show we ever existed is a carved piece of stone baring our name.

As with people, so too the firms they create.

Businesses have a finite life span, and as those who worked in them die off and the products they produced wear out and are replaced, they too fade from memory into obscurity. But for some, their memory is also kept alive by a monument, not of marble, but of brick and cement. Across the city skyline they can still be seen, soot stained cylinders of another age.

In Philadelphia, smokestacks were once the most prominent feature of the skyline, competing only with church spires for dominance of the horizon. They towered above every mill, factory, and plant, rising hundreds of feet into a smog choked sky. This made them the ideal place for a business to proclaim themselves, and company names could be read from blocks away. 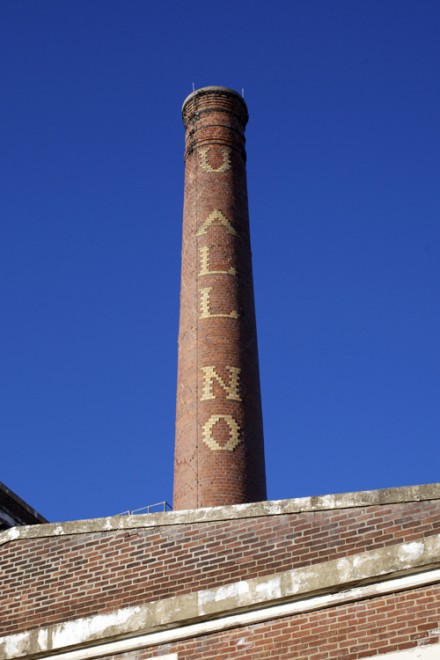 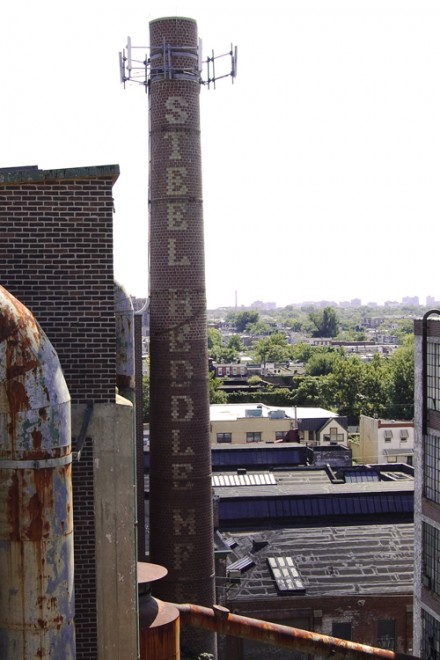 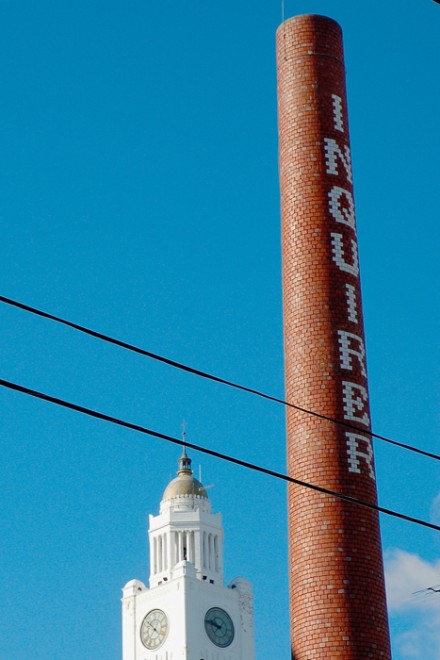 The industrial age was dependent on steam to power machinery, and steam needed furnaces to boil the water. In most cases these furnaces were fueled with coal, and the smokestack was the chimney from which the coal smoke emerged. Hundreds of furnaces burning tons of coal produced enough noxious smoke to choke a town, so tall stacks were needed to help keep the smoke and the soot high above the population.

However, their original purpose was to help pull more oxygen into the furnace. Having less dense–hot–air in the stack would mean the pressure on the outside was greater. The difference in pressure would cause outside air to be drawn in to the smokestack which meant more air was being pulled into the furnace to which it was attached.

Most of the great factories of Philly’s industrial past are gone now. Of those still standing, almost none are still used for their original purpose. Some have been converted to residential or office space and some are storage and warehouse facilities. Many sit empty and are losing a war with time, the market, and scrappers. The companies who built them moved away or no longer exist. The only reminder of their past, a name emblazoned in soot covered brick. 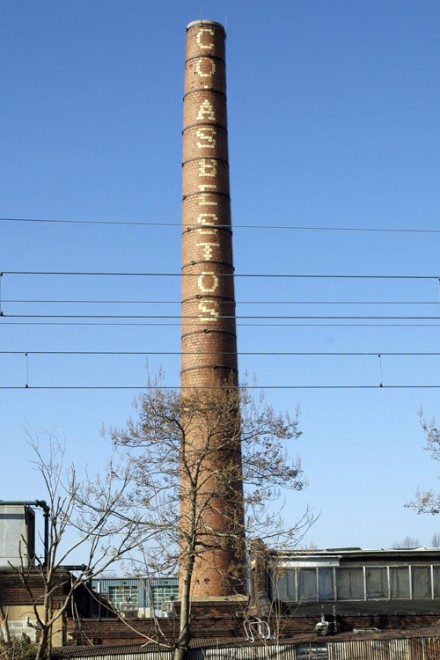 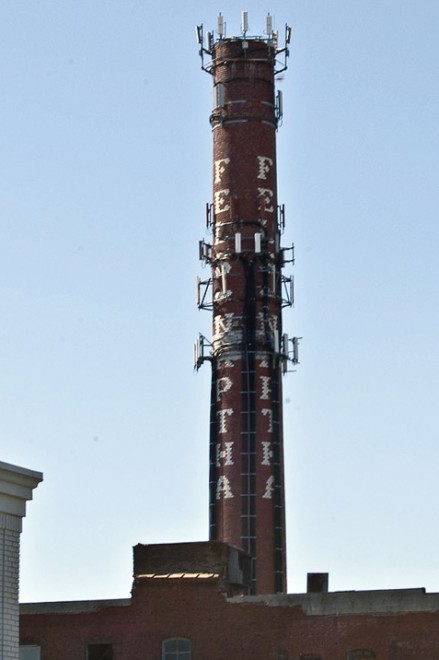 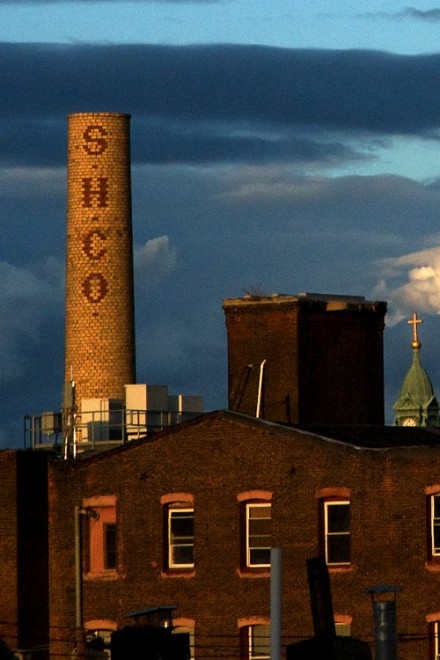 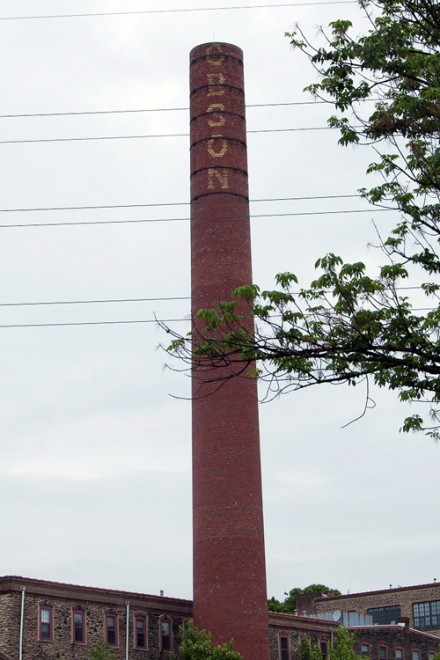 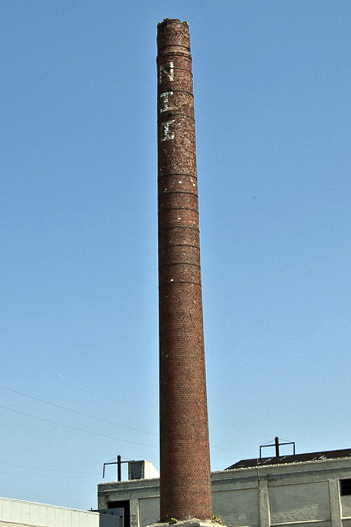 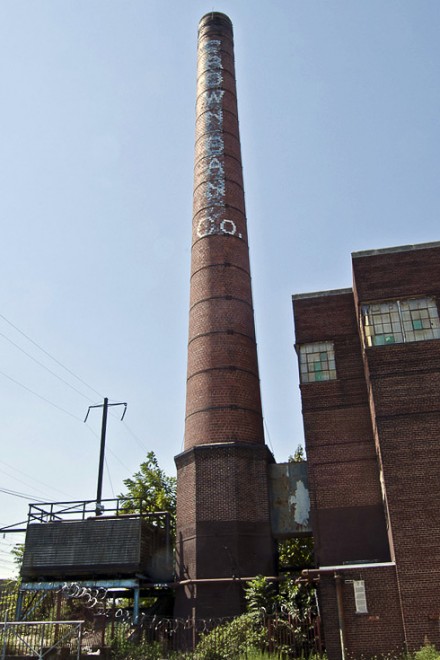