In Palimpsests, A Way Of Thinking About Preservation 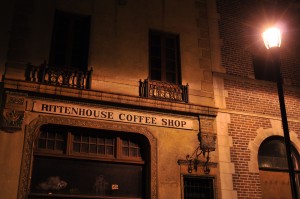 On a day like this, with everything we know of the world in upheaval, I am inclined to think of the great urbanist philosopher Lewis Mumford. Why that is the case isn’t exactly clear, but it goes something like this: Mumford’s theory on the rise of cities in human history is connected to the way peasants learned to protect their produce and their livestock. Begin enclosing the land, erecting buildings, sharing resources, devising innovations, and soon you have a city. Something about that system, it occurred to me this morning, is our essential fortress against disaster (though if you’re living in Atlantic City or Brooklyn you’re not exactly inclined to say this always works). The single farmhouse, alone, is left exposed to the winds…

Well that got The City in History down from my shelf, and a little later The Culture of Cities.

That book, written in 1938, opens with the author painting a broad picture of the city as a product of nature. These are paragraphs four and five:

Cities are a product of time. They are the molds in which men’s lifetimes have cooled and congealed, giving lasting shape, by way of art, to moments that would otherwise vanish with the living and leave no means of renewal or wider participation behind them. In the city, time becomes visible: buildings and monuments and public ways, more open to than the written record, more subject to the gaze of many men than the scattered artifacts of the countryside, leave an imprint upon the minds even of the ignorant or the indifferent. Through the material fact of preservation, time challenges time, time clashes with time: habits and values carry over beyond the living group, streaking with different strata of time the character of any single generation. Layer upon layer, past times preserve themselves in the city until life is finally threatened with suffocation: then, in sheer defense, modern man invents the museum. 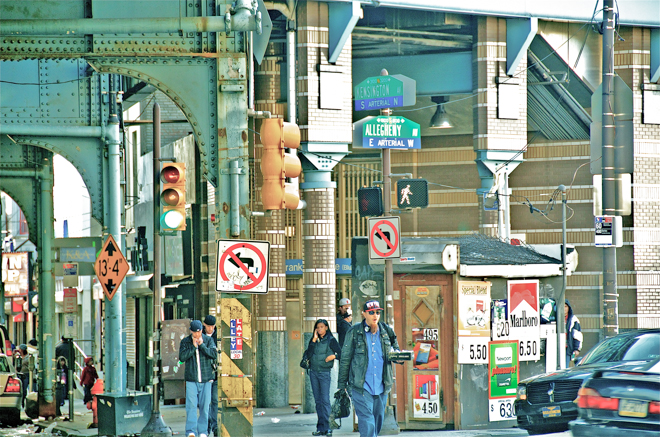 By the diversity of its time-structures, the city in part escapes the tyranny of a single present, and the monotony of a future that consists in repeating only a single beat heard in the past. Through its complex orchestration of time and space, no less than through the social division of labor, life in the city takes on the character of a symphony: specialized human aptitudes, specialized instruments, give rise to sonorous results which, neither in volume nor in quality, could be achieved by any single piece.

Inside this rather extraordinary passage–far more than Jane Jacobs’ Death and Life of Great American Cities, what underlies my experience and thinking about the urban world–I see a rationale both for and against preservation as we commonly know and understand it.

For the wonderful palimpsest of the urban fabric, with layer sewed on top of layer, would not be possible for the city as whole without the preservation of buildings from every period even as we build new. Taken together, we achieve the “complex orchestration,” richly layered and variegated, magnificent in its human symphony. 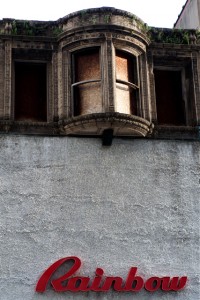 And yet, preservation traditionally demands of us that we strip away time to restore a structure to its original appearance, negating the strata of time so often so well revealed in a single wall. And we do it sometimes as a matter of taste, time indeed clashing with time until one era’s tastes and preferences win out. That is just what happened–and what Mumford detested–in the 1950s with the nation in love with the “colonial,” when planners like Ed Bacon wiped away the layers of the 19th century city, and made a museum out of old Philadelphia.

It is my sense that folks at work in preservation today, far from their predecessors who eschewed the messier qualities of time, are thinking hard about ways to reconcile these two sometimes contradictory impulses, feeling that it is no longer enough to consider only the most architecturally remarkable buildings for preservation–or only those buildings as they were originally conceived in their singular architectural manifestation, but rather many different kinds of buildings in many different conditions–for many different reasons. Cases in point John Coltrane’s house in Strawberry Mansion and Joe Frazier’s gym on North Broad and Glenwood. Neither building was designed and built for these men who lent them meaning and whose lives have come to have extraordinary significance the world over (this aspect of Coltrane’s story has been well-told, but not Frazier’s–I suspect that is about to change) and neither is an architectural landmark. 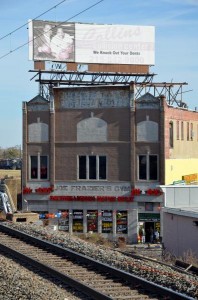 But finding ways to preserve these kinds of buildings, not as museum pieces but as palimpsests themselves, will add new layers of meaning and memory to the Philadelphia experience.

And if we keep in mind that the genius and vital energy of the city is a product of these layers, both small scale and large scale, we get some guidance on how to think about contemporary architecture in a city that’s 330 years old. It’s the diversity of the streetscape, says Mumford, that gives us hope to believe in our own ideas about architecture and urban design. This–and not an architecture of mimicry based single-mindedly on the scale and materials of the 18th century–is what will allow us to avoid “the tyranny of a single present, and the monotony of a future that consists in repeating only a single beat heard in the past.”