In Celebration Of “We’re Getting There” 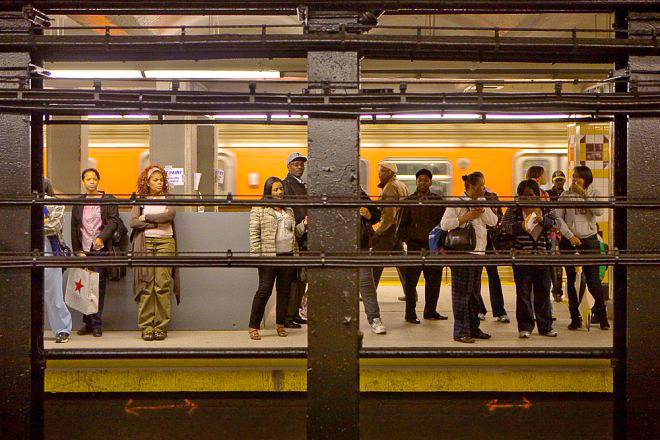 Editor’s Note: Michal Waldfogel is a baker, yoga instructor, Hebrew tutor, student, and an emerging singer-songwriter. Last year, she wrote a song that’s now called “We’re Getting There” (after the transit agency’s famous 1980s slogan), which turns her sometimes difficult experience with SEPTA into a chant of melancholy and humor. She recently released a video of the song, which was posted this week on the blog of the Mayor’s Office of Transportation.

Nathaniel Popkin: So the song is based on real experience, can you talk about what stories you heard or things you saw that inspired you?
Michal Waldfogel: More than any one particular story, this song aggregates everyday occurrences from years of SEPTA experiences. From not having exact change for the trolley to getting on the wrong train to waiting (and waiting) for the bus in the rain and/or cold. The latter happened to me just before I wrote the song–I needed to catch a bus to go teach a yoga class. It never showed up and I had to cancel the class last minute. Not cool. The song has allowed me to revisit these places that caused grief in the moment and transform them into an artistic expression.

NP: A lot of people criticize SEPTA, and often with good reason, but in a very Philadelphia way there is something wonderful about the way it operates: one gets to know his bus driver or conductor, drivers often pull up next to each other (or trolleys going in opposite directions) and chat and their voices seem to capture the sweetest sound in the world. So the melancholy of your song isn’t just negative–its also filled with something else. Can you expand?
MW: For many of us Philadelphians, SEPTA is an integral part of our daily lives and not typically an enjoyable one. The turning point in my relationship with SEPTA came about when I allowed myself to be a traveler, rather than a commuter. From my experience traveling in countries with little infrastructure, I can say that public transportation is a wondrous thing and not to be taken for granted. The truth is, I can pretty much get anywhere I need to be within the city limits. I’d rather focus on what is working. I’d rather enjoy those minutes and hours I spend on or waiting for SEPTA each day by chatting with other riders or just taking in the scene. It’s not an easy gig to put up with some of the more demanding folks who use SEPTA and I’m grateful for the hard work that SEPTA employees put in to make things run (relatively) smoothly. I have a practice of exiting buses and trolleys through the front door so I can say thank you to the driver. This video allows me to extend a bigger thank you. 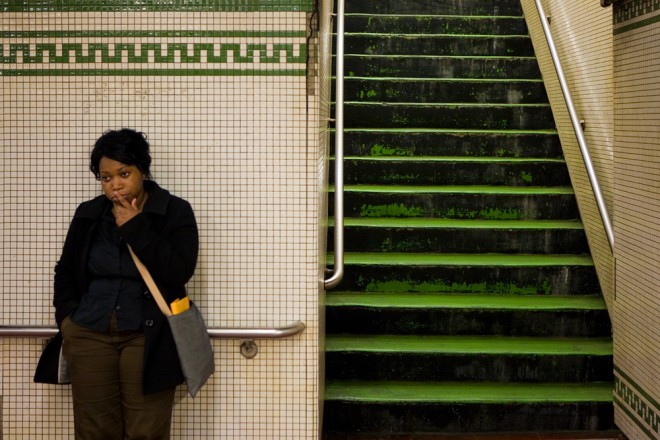 NP: SEPTA is the largest public space in the city–and therefore it draws everyone and every possible kind of behavior. Do you have favorite funny or even horrifying stories?
MW: Since writing and sharing this song, I’ve become a sort of “SEPTA therapist”–everyone tells me their traumatic stories. But this is a family-friendly site, so without getting into too many details, I’ll just say that “a piece of trash” is possibly the least offensive thing that people have found left on their seat on the subway.

NP: You’re a very well-traveled person. You spend a lot of time in Montreal–Philadelphia’s double in all ways (I think) but for the transit system (with its very strong subway network). So why does SEPTA engender a song and not, say, the STM? What’s the difference?
MW: It’s true, I see many parallels between these two cities, as well. As for an STM anthem? The simple answer is that any song about the Montreal’s public transportation system would have to be bilingual and my rhyming skills are not yet there in French. To me, the difference between the two cities is fundamentally based on values. Without romanticizing the Quebec provincial government, I can say that a high tax rate translates into a high demand for and quality of public services. While Philadelphia is struggling to keep public schools and libraries open, Montreal is in the midst of a large-scale protest, demanding free university tuition as a basic human right. Needless to say, the buses and metro run rather smoothly. But even if they can’t relate, Montrealers do sympathize–when I performed the song at a concert there this past spring, the audience thought it was very funny. 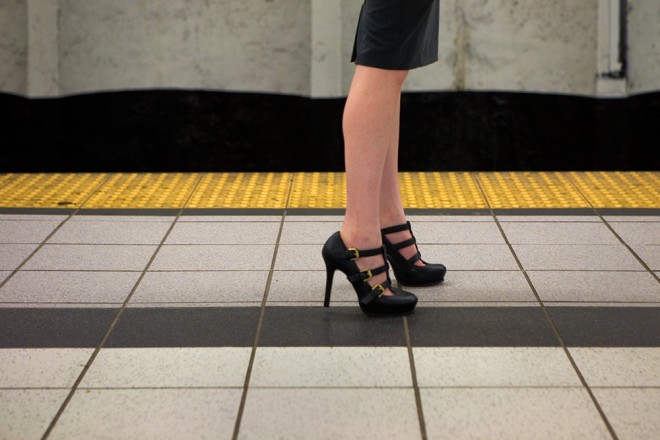 NP: The idea of we’re getting there–it is the state of Philadelphia, a city that breathes potential. Is that what’s endearing about Philadelphia to you–the capacity to admit that it isn’t “there” and yet the willingness to search for the greatness the “there” implies? Or is that all a bunch of comic insecurity–that what Philadelphia needs is to come to terms with itself and just BE THERE, wherever that is?
MW: Philly is my hometown, so I didn’t give it a lot of credit when I moved back here four and a half years ago. I quickly realized that this city has a lot going on. I love the grit. I love the creativity. I love telling my friends in Brooklyn how much I pay in rent. I do see great potential, but more so I see passionate people coming together to engage with that potential in a way that is meaningful and authentic for them. In Philly you can be a farmer and support the Urban Nutrition Initiative’s efforts with youth. You can be an entrepreneur and connect with Indy Hall to grow the local creative economy. You can be an emerging artist and find support from Philly STAKE’s micro-grant project. And that’s just a short list. I’m not concerned with Philly’s future. She’s in good hands.