How To Save Buildings 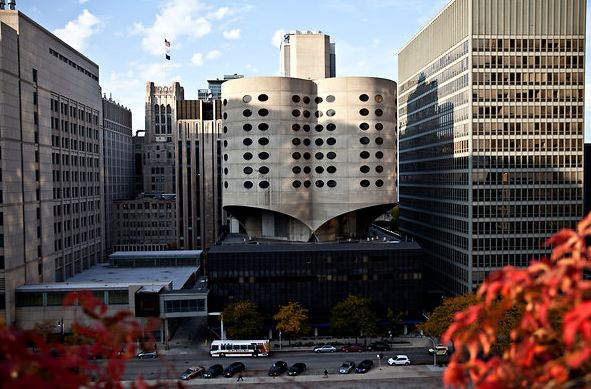 It’s a startling morning when preservation makes the news, not once, but twice, in compelling articles by two of the best architecture critics writing today.

Central to the articles are battles over the preservation of buildings in Boston, Chicago, Orange County, California, and Stuttgart, Germany; in all these conflicts, the characters and plot are remarkably familiar: well-connected developers, government administrations trying to reduce cost and create new revenue, weak historical commissions, and addled preservationists attempting to satisfy the demands of history, taste, architectural genius, and the market. It is as if the same show is playing simultaneously in dimly lit theaters across the world.

Expect more dramas, say both writers, Martin Filler of the New York Review of Books, and Michael Kimmelman, writing in this morning’s New York Times, as dozens of concrete buildings from the 1970s–some of them innovative and exciting at the time–stand before the jury of public taste and the wrecking ball. 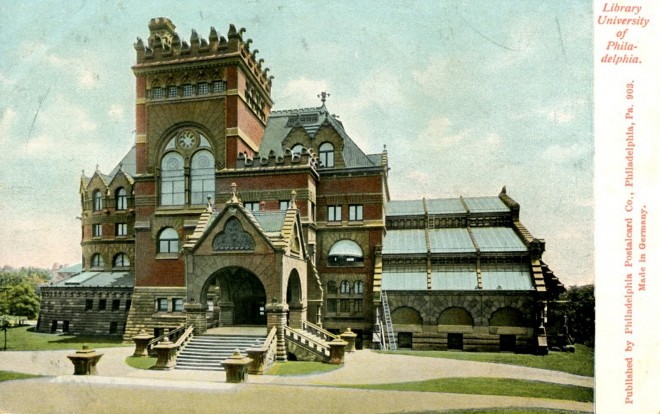 Postcard of the University of Pennsylvania Library designed by Frank Furness

Filler, reviewing three books on preservation in this week’s issue of the NYRB (remarkably not yet on-line), including two by the eminent academic preservationist John Stubbs, asks the big question in the title of his essay: “Smash It: Who Cares?” Who cares is sometimes a wide public disgusted that a beloved icon will be lost (as was the case in Stuttgart), but it’s often visionary contemporary architects who see the genius of their forefathers in old buildings nobody else really seems to understand. Such was the case, writes Filler, of the effort of Denise Scott Brown and Robert Venturi to save Penn’s Furness Library, which another visionary, Frank Lloyd Wright, called “the work of an artist.”

It is certainly the case in Chicago, today, writes Kimmelman, where Northwestern University wants to tear down the 1975 Prentice Women’s Hospital, designed by the innovative architect Bertrand Goldberg, a cloverleaf of concrete on top of a four story glass box. To my eyes the cloverleaf is a work of striking beauty, but most Chicagoans hate it–much as we Philadelphians hate the Round House or the former Rohm and Haas headquarters on Independence Mall or any number of raw concrete buildings on the Penn, Drexel, and Temple campuses. 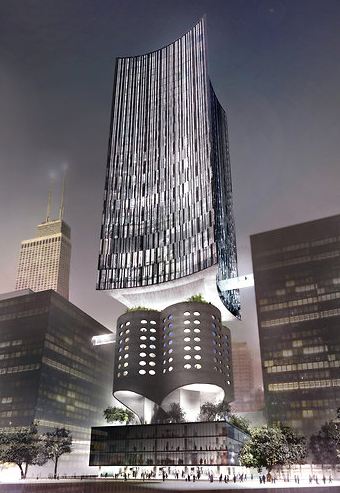 In a stand-off that reads much like the present–and by the way, still ongoing–battle between Penn and preservationists over the Italianate mansion at 40th and Pine Streets–Northwestern wants to remove the Prentice to be replaced by some 300,000-500,000 square feet of medical labs. Preservationists have struggled to show the building can be adapted for the university’s uses. Public opinion on the building is ambivalent at best, hostile at worst, and the usual guardians, like the National Trust for Historic Preservation, are scrambling.

And this is where a great contemporary architect comes in, the much celebrated Chicagoan Jeanne Gang, who proposes a 31 story scalloped tower above the Prentice cloverleaf. The result–mostly a rendering with some attention to the University’s needs and its building program–is a strikingly sculptural tower that seems as if it would lift off over the Streeterville neighborhood. Kimmelman calls the combined structure “a totem pole, with different strata of history.”

“Great buildings,” he writes, “have often survived the wrecking ball by being added to, incorporated into larger structures or updated for a new era–in Rome and Istanbul, New York and Chicago.” 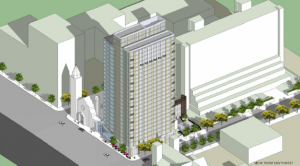 This strategy isn’t too different from that being taken by Episcopal diocese in trying to build a tower at 38th and Chestnut adjacent to the Cathedral–the tower, they argue, in effect will save the landmark. But in that case, the proposed tower, at least in its earliest designs, doesn’t quite dialogue with the landmark cathedral as Jeanne Gang’s tower engages the Prentice cloverleafs.

It is certainly commensurate with the thinking behind the project Gray Area, which seeks to engage contemporary designers to keep old buildings alive.

The impetus, say both architectural critics, is on us. Though he decries the loss of great buildings, Filler, writing in the NYRB, takes this point to its frustrating extreme. “Yet in a world of ever-diminishing resources, it seems unconscionably profligate not to allow future generations to decide for themselves which architectural works of the past they wish to enrich their own times,” he writes. “The choice should be theirs, not ours.”

Kimmelman, who proposed to Gang she invent a tower as a preservation strategy for Prentice, would agree, probably adding that we need to both give those future generations real tools to save and enhance the buildings they love and leave them with exceptional buildings of our time. Without that, we fail to add our own layer to the totem pole of history.