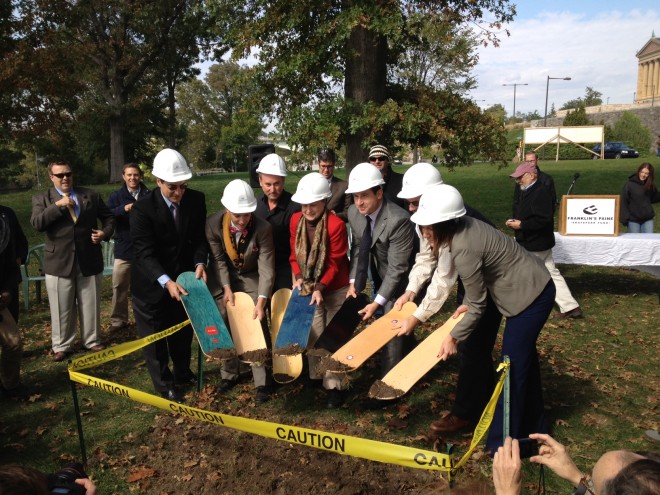 The $4.5 million Franklin’s Paine Skate Park, more than a decade in the making, broke ground on Friday, with state and City officials on hand. Hardscaping and infrastructure work on the park, designed by architect Tony Bracali and Friday Architects and Planners, will be completed by the end of January, with landscape and planting to follow in Spring, 2013.

The project is funded largely through a RAC-P grant from the State of Pennsylvania and the City of Philadelphia, with smaller grants from the freight railroad CSX and the Tony Hawk Foundation.