Lofty Ambition For The Tiny WPA 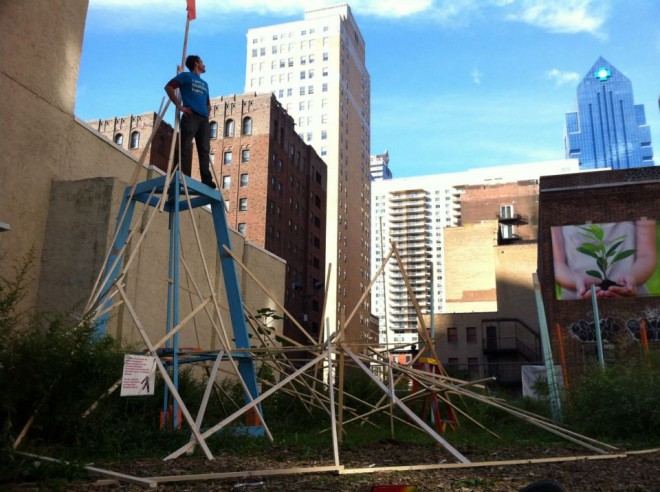 Editor’s Note: The organization Public Workshop teaches teens how to build, rebuild, and remake their environment by developing work-as-play projects in city neighborhoods. This month, in an event that’s also part of DesignPhiladelphia, PW through its project TinyWPA, is engaging school kids in building an “adventure playground” at the Pennsylvania Horticultural Society’s Rittenhouse Pop-Up Garden. The playground will evolve over the next week as the participants work collaboratively to imagine and reimagine these new play spaces. You can participate at an after-work work session Thursday evening, 5 to 7PM or attend the DesignPhiladelphia public event on Saturday, October 13, from 10AM to 2PM.

We caught up with Public Workshop founder Alex Gilliam in the garden and began a conversation about the ideas behind a “tiny” Works Project Administration–the New Deal made personal and process-focused for the 21st century. 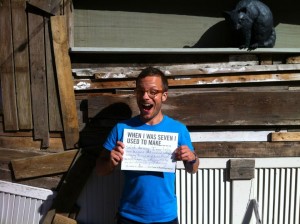 Nathaniel Popkin: Public workshop seems to tap into many impulses–to create our own environment, to shape the city as we see fit, to give people power where larger institutions of business and industry have failed, and to give young people positive experiences. I take it this isn’t by accident, but how did PW evolve? What cued you in that this was something you could do?
Alex Gilliam: Our work taps into so many impulses because it actually grows out a relentless hands-on analysis of how we fundamentally learn, perceive, create, collaborate, etc., and the underlying factors behind these impulses. We’ve been teaching design to K-12 students for more than 14 years, in the luckiest and unluckiest of places. This has meant that we never had the luxury of taking our audience–or the way we explore design, cities, and innovation–for granted.

NP: TinyWPA is a kind of a brilliant notion. (it’s catchy and contemporary too.) We live in the era where even cities–this one especially–really can’t think or build big. Everything is catch as catch can, adapt, and try to catalyze with small investments. But wouldn’t it be better if we had a real WPA–or do you feel that small intervention are more effective? And do you like to see gradual change rather than major transformations?
AG: TinyWPA is a series of small actions underpinned by some really big ideas. As you allude to, although needed, there currently isn’t the culture or political will to support the creation of a modern WPA or CCC. Similarly, I am proposing things that are pretty radical–for instance, that the future of civic innovation and learning will be inherently multi-generational and multi-disciplinary; the sidewalk will be the classroom of the 21st century; and that our young adults have a critical role to play in making our neighborhoods, schools, and city great. Although TinyWPA really seems to have hit a nerve and excites a broad cross section of people, I recognize that I have to grow a culture around the ideas that it represents. So, while that very much translates into a grassroots approach, TinyWPA is a very intentional mechanism for growing something bigger. And to be frank, one of the defining characteristics of the future will be a much more intricate and nuanced dance between top-down and bottom up approaches to city services, development, learning, etc. 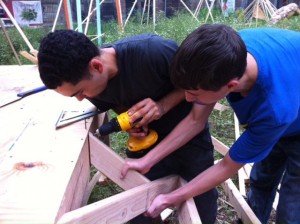 I certainly would love for funders and the city to support TinyWPA focusing on transforming the city’s 120,000 bus stops into more robust “places” and community hubs or the idea of launching a city-wide civic innovation corps for young adults. I am hopeful and want to help Philadelphia become the national model for how we engage young adults in making our cities great. This is one of my tools for moving this idea forward.

NP: TinyWPA is building stuff–and probably most importantly teaching kids and exciting them in the process–so: did you take inspiration from the early approach of the Mural Arts Program and what have you guys built around Philly and where, and can you trace longer term impacts?
AG: It’s hard to miss the work that Mural Arts has done and the visual impact that it has had on the city, but I have never been intimately involved with their process or projects. Over the past 14 years of working in diverse communities across the country it become clear to me that “making” and “doing” are our best means for facilitating learning, engagement, innovation, and growing collaboration. The method certainly does teach and excite kids and young adults, but by moving learning and design to the sidewalk, I am leveraging their actions to excite, engage, and inspire adults in their communities.

I just moved myself and Public Workshop back to Philadelphia in January and we started working on our TinyWPA beta project this summer at the Village For Arts and Humanities, so I can’t comment on the long-term impact of any work here, however I am here for the long haul and also because I want to have substantial long term impact. And to be clear, this project grows out of work that I have done in Chicago, rural Alabama, New York, and other places that clearly demonstrates this will work. This summer I did a TinyWPA-esque project in Chicago for a client and the impact that it had on the organization, the participants, and the community still nearly brings tears to my eyes. Without hyperbole, it was one of the most moving experiences that I have had in a long time. 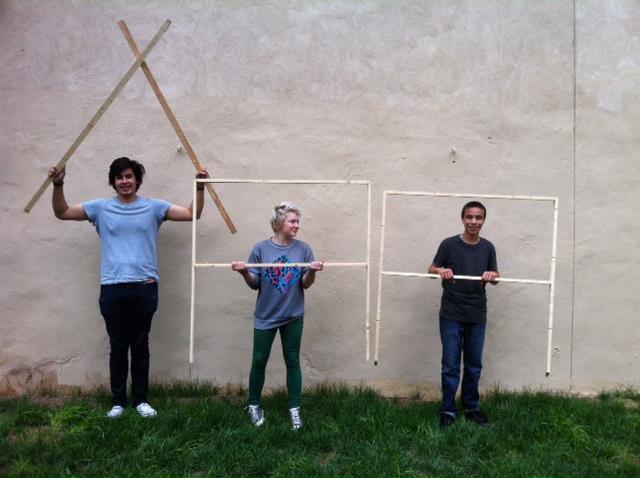 NP: There is a strong sense about Philly that unlike some other cities, and in part because of decline of places due to deindustrialization, that its built environment is malleable–as I wrote in my book Song of the City, you can shape it to match your desires. Do you think that’s a characteristic difference of Philly–you work in other cities so I imagine you have some comparison.
AG: Philly is great because it is malleable and it isn’t–that’s what makes is so interesting and a fantastic laboratory for the work we do. I moved Public Workshop here in January because there is both room to “move” but it’s not a place where everything goes and quite frankly the city has an incredibly rich physical history that should be celebrated. This situation provides a very fertile ground for innovation that I personally find more interesting than a place like Detroit and is much more typical of the conditions facing the average city in the United States. That being said, it’s much easier to do this type of work here than in places like New York or Chicago.

NP: The pop-up build in the PHS Pop-up Garden strikes me as very smart because it engages teens in creatively in remaking a space of city that’s both enticing and alluring and a bit off limits to them–Center City. Is that part of the thinking here? and what will you build? 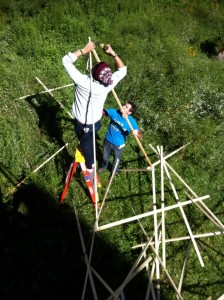 AG: Through TinyWPA, we are starting a movement in Philadelphia that not only helps make our city even better but challenges the way we think about learning, community engagement, civic innovation, and who participates or even takes the lead in those things. In the near future we will do work all over the city but in PHS we are so lucky to have a partner that is allowing us to put these questions and the incredible latent talent of our young adults on center stage. And wow, if young adults designing and building fantastic things that improve our city’s public spaces, schools, and micro-infrastructure can happen next to Rittenhouse Square, the sky’s the limit.

NP: Finally, the things you build are fun; this too seems to run in the right direction–serious architecture more and more is the architecture of engaging people, delighting them, performing for them, making them think, climb sometimes, explore. Architecture is play seems to be the right way to put it. This could be a transformative notion in the way we think about cities, is that’ your thinking?
AG: I should start off by saying that I think we actually expect too little of people when we try to engage them in design. I have found that people are remarkably responsive to ‘challenges’, especially as it relates to meaningfully engaging them in the making of a place or building–we undervalue adversity as a tool for engagement. That being said, my general feeling is that, although “change” and great buildings or public spaces don’t come about without committed people and lots of hard work, design, public space, and architecture are fun. Designers often like to over-intellectualize design either because they need to stake a claim to their value in the world or because of the internal logic systems that they had to create to design something. 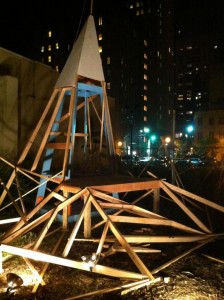 Although I don’t really buy into the current idea that everyone is a designer, design and architecture are inherently human and erasing that distance–encouraging people to climb, jump, leap…..test, is incredibly important. In many cases our aesthetic actually grows out of the material choices which enable a design process to be more participatory, to disarm people who may be resistant to change or engagement.

As a side note, I do think the physical landscape of our cities is too easy. Aversion to risk, reliance on safety codes, etc. have made things too “safe.” We can argue that across the board many of these changes have actually made our built environment such as our streets, less safe, our kids less healthy, and our public spaces less vibrant. Much of my work is inherently about challenging these constructs.