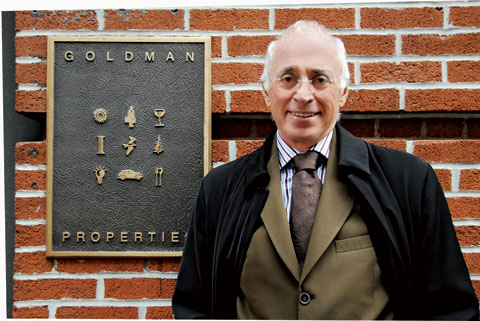 The artist-tunred-developer Tony Goldman, whose late 1990s reimaginings of Center City’s “Hole in the Donut”–a term he applied to Chestnut Street east of Broad–and developer of key sites on and around 13th and Sansom Streets, has died, according to artinfo.com. The cause was heart failure.

Goldman, whose firm also renovated the Philadelphia Building at 1315 Walnut Street and several parcels on East Passyunk Avenue, had been working on further transformative projects for the part of downtown that’s come to be known as Midtown Village. He is widely credited with spurring Center City development at a time when the market was soft and advocating for mixed-use, 24-hour uses for buildings thought to be forever mothballed. He also spearheaded projects in New York, Miami, and Newark.