Now This Is A Publishing House! 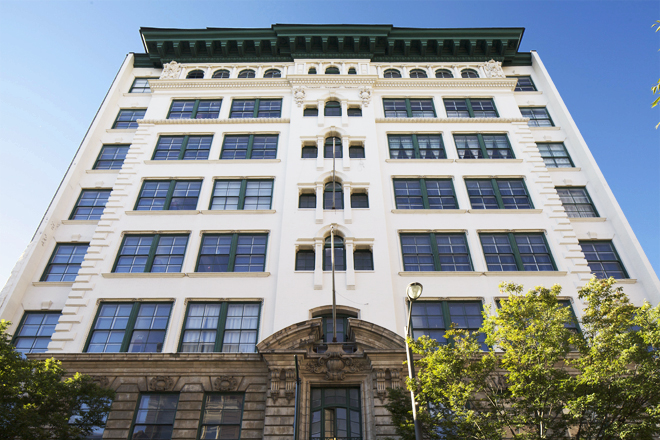 Wow, what a building. Chinatown’s Winston Building, known to most Philadelphians as That Building In Back of the Bus Station, was once headquarters to one of the world’s most prolific publishers, the John C. Winston Company. Beautifully restored, standing proud, and still sporting its original signage, this eight story beast shines like no other. 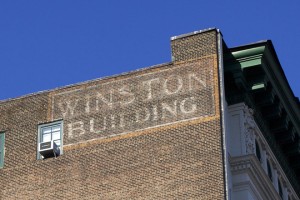 The company started in 1884 with just one employee, its namesake, John Clark Winston. The law student-turned-publisher started his company working alone on the second story of a rowhouse at 1009 Arch Street. The fledgling publisher began by selling bound photo albums and expanded rapidly, moving offices every five years (7th and Arch in 1889, 6th and Arch in 1894), while keeping a printing house at 6th and Race. In 1899, the company consolidated its printing house and offices into a single building at 718 Arch. Everything changed for the publisher in 1900 when they purchased the entire printed stock of the Methodist Episcopal Church, which included Bibles in every language. At this point, the Winston Company became primarily known as a Bible publisher. Their “International Series” of bibles was a grand success, giving the company the inspiration to construct one massive building from which to conduct their operation. 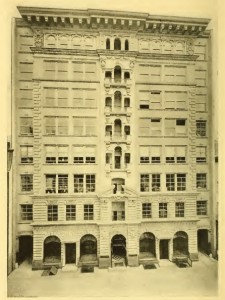 The site chosen was 1006-1016 Arch, the site of a demolished church that was directly across the street from the original rowhouse location. On this half acre of land, the eight story, 135,000 square foot publishing mega-center would be constructed in 1903-04 by the Lewis Havens & Sons Construction Company based on designs from architect William C. Pritchett. The new building would employ the latest in steel frame technology and would be billed as “semi-fireproof.” The company opened in their new headquarters in summer, 1904. The structure would cost $125,000, but the the entire operation of moving the company and installing newly-purchased equipment would add up to an investment totaling $1.5 million, about $38 million today. That investment proved prudent… Winston acquired the Henry T. Coates publishing company in 1905 and the massive William Collins & Sons, Limited in 1907, adding thousands of books and magazines to their repertoire and filling all the extra space in the new building. By the time John C. Winston died in 1920, the John C. Winston Company was printing over 2,000 individual titles and almost 600 different forms of the Bible. They offered books at every price point, from large format leather-bound books to small paper comic books. All the while, they still printed the same old photo albums the company has started with in 1884. They produced their own brand of reference books, most notably a dictionary and a loose-leaf encyclopedia that was designed to have pages added every year. The company opened branch offices/printing houses in Chicago and Toronto and delivered to every inhabited continent–Winston was one of the first truly global publishing enterprises. 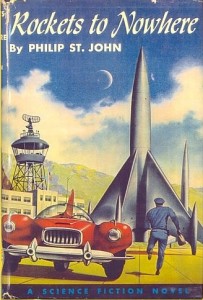 Over the next few decades, Winston concentrated less on bibles and more on their catalog of young adult novels (most of which they acquired from the Coates company). In 1952, they started publishing a ground-breaking line of science fiction novels, known for their fancifully decorated covers. These classics gave the company its last boost in business and are still highly desirable collectibles today. In 1960, Winston merged with some other publishers and became Holt, Reinhardt, and Winston. The newly formed publisher slowly phased itself out of the Winston Building, leasing floors to other companies until they were completely moved out. For the next four decades, the building would be occupied by numerous concerns, including some small publishers and binders that used the old Winston equipment. By 2003, the building was only about 25% occupied by commercial tenants, all on the first three floors. It was converted to luxury loft condos in 2004 and has been known as the Lofts at the Winston ever since. The Winston company still (sort of) exists, but as a very (very) small part of Holt McDougal, a division of Houghton Mifflin Harcourt. 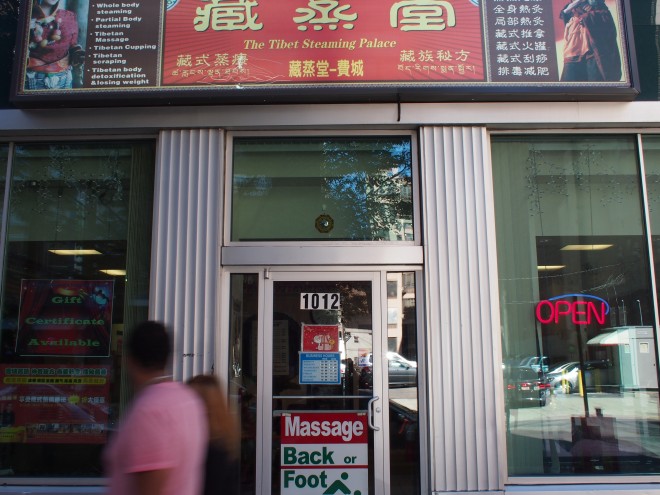 Today, the building stands as a beacon on an already exciting block. Its restored white facade is one of the most beautiful in the city and, unlike most buildings from its time period, has retained its beautiful green cornice. The Winston Building stands as a great example of how adaptive reuse can save a great building. If only others like it had the same fate. 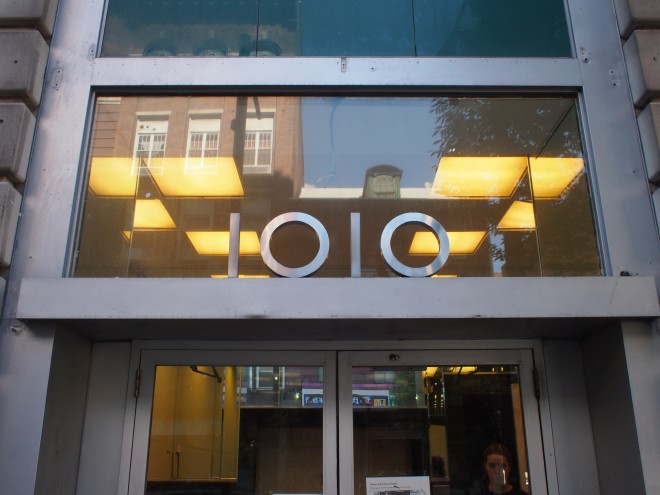