The Sixth, And Final, Clock 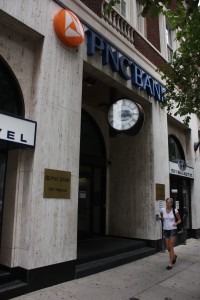 Kudos to Jan Koziara who was chosen randomly as our winner among the folks who correctly identified last week’s clock as suspended over the PNC Bank branch at 1511 Walnut Street. Its origins date back to former building tenant Rosenbluth Travel, which occupied part of the building for more than a decade. The clock’s defining feature is its map of the world on both faces, indicating the type of business. Rosenbluth’s travel services made the world beyond Brotherly Love accessible to all, or at least all who could afford it. This simple ornamental clock reminds the office-bound cadres of Center City to forget about their troubles and take some “time” for a vacation.

While the PNC branch occupies the street level space these days, another travel agency–Gil Travel–has since replaced Rosenbluth on the second floor.

The Sixth, and Final, Name This Clock 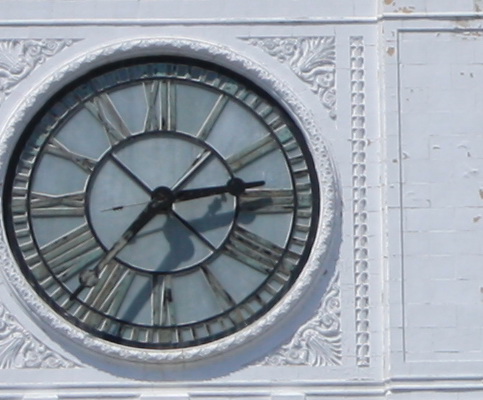