The Final Winner Of Name This Clock… 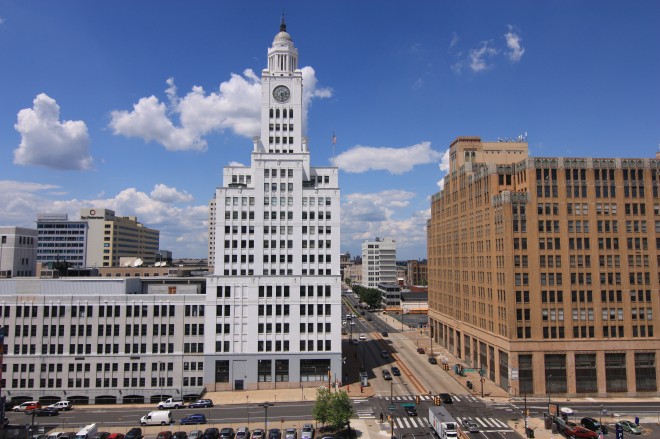 Every contestant answered correctly: last week’s clock is in the tower of the Elverson Building at Broad and Callowhill, until recently the home of the Philadelphia Inquirer and Daily News. Kevin Musselman was the randomly chosen winner. He’ll receive a year’s membership to Hidden City, providing discounts and access to member-only events. To claim your prize Kevin, please e-mail Hidden City creative director Lee Tusman at ltusman@hiddencityphila.org.

Now owned by real estate developer Bart Blatstein, the building–and its tower–were part of the 2009 Hidden City Festival. You can read more about it in the Festival section of our website HERE.

Thanks for playing everyone!