Name This Clock Round Five 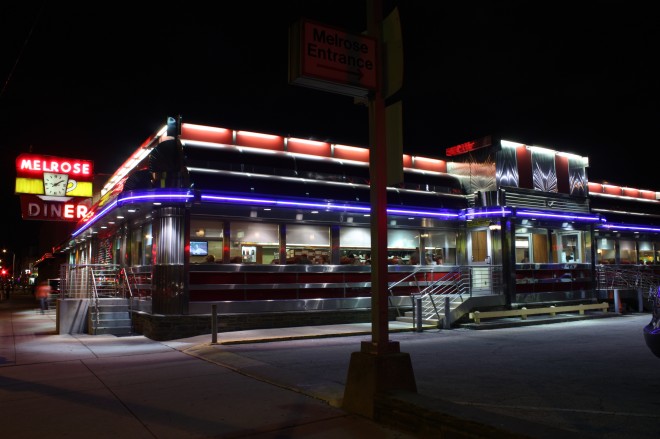 With a fork for an hour hand and butter knife for a minute hand, this week’s clock could only be attached to an eatery. This one is none other than South Philly’s most famous diner, The Melrose.

The Melrose Diner has been a staple of culinary Americana since the 1930s. The diner didn’t move to its current location, however, until 1956, when it was erected on a triangle formed by 15th, Snyder, and Passyunk, where a police station once stood. The original Melrose Diner was just across Passyunk Avenue. 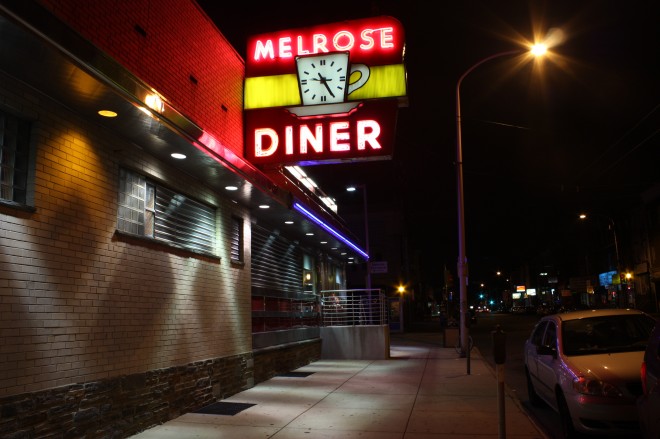 Architecturally, the Melrose is exemplary of 1950s American diners. Its clock, however, is the building’s defining feature: a coffee cup face with silverware for hands. 1950s kitsh at its most endearing. 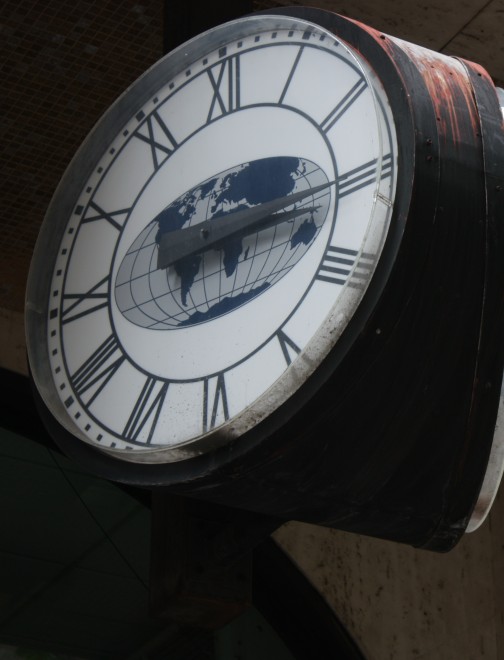 Please e-mail your answer to editor@hiddencityphila.org by Wednesday at 11AM. A winner will be selected randomly from all those who answer correctly.