Headlong Across The City 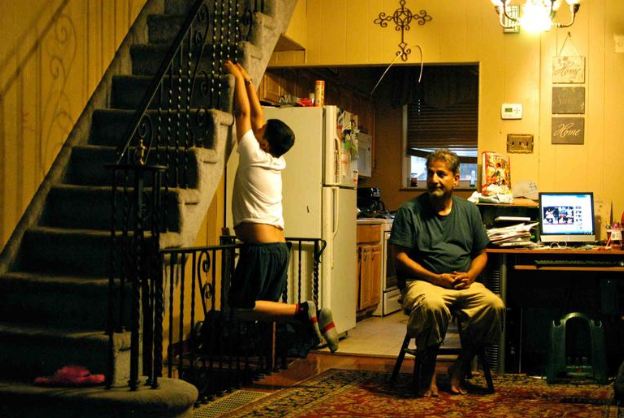 Editor’s Note: This Friday, as part of the Live Arts Festival, the veteran Headlong Dance Company debuts “This Town Is A Mystery,” a show that takes place in the houses of four families across the city. The dance performances seek to understand prosaic lives of the families–and the city itself–through movement and rhythm. For show and ticket information, click HERE. The concept of the show–an exploration of this city beyond what’s commonly understood–seemed to mirror our own project here at Hidden City and so we sought out the wisdom of the show’s co-director Andrew Simonet.

Nathaniel Popkin: “This Town Is A Mystery” works for me on a lot of levels. Just admitting that there is a mystery creates a narrative that runs counter to the usual cliches and labels about this city and the kinds of people who live here. Is that part of your thinking?
Andrew Simonet: Yeah, it’s a city of neighborhoods, right? But part of that means: it’s a city of assumptions about neighborhoods. South Philly is like THIS, Tacony is like THAT. But if you break bread with someone, you can never label them after that. 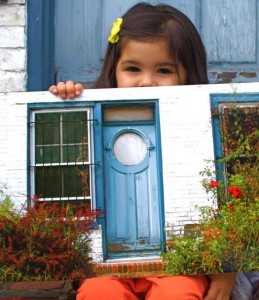 NP: It also, however, feels like the right way of understanding Philadelphia, which tends to hide its gems. What do you think your performances might reveal?
AS: This show begins with questions, and I think it will continue to generate questions in the minds of audiences. Some of the things that have struck me:

Everyone’s life is epic if you look at it right.
People survive and thrive through unbelievable challenges and changes.
People lead radically different lives in Philadelphia.

NP: So we’re pretty keen here at Hidden City on getting people out of their neighborhoods and into others. This is a huge city, after all. Did you seek out certain places? Certain kinds of families?
AS: There is a kind of audience that comes easily to our work: the economic and educational subculture that we belong to. Our goal was to find households that were not from that subculture. We put out a call for applications and used wide-reach media (The Metro, KYW, The South Philly Review). We got 40 applications. Half were from people who knew Headlong. But half were not. And many of those (as we looked at zip codes and subsequently visited homes) were not from our bubble.

One big thought: in the last couple decades, we (Headlong) were part of a huge and crucial movement in Philadelphia: people choosing to locate here. People coming from other places to do cultural stuff here. Middle-class, educated artists (and many others) choosing Philadelphia. And the changes have been dramatic and wide-ranging. But the changes have been concentrated in certain neighborhoods and demographics. I worry about creating a “cultural suburb” in Center City, a zone of (relative) affluence and education largely disconnected from other stories, other Philadelphians. I’m not the only person who worries about this, of course. Indeed, I’m pretty late to the party. But I do have the urge to Declare Victory on building the cultural economy of Philadelphia (let’s have a big party) and move on to the next set of questions, actions, and connections, embedding our cultural practices beyond the bubble. “This Town is a Mystery” is a joyous and unruly push in that direction.

Two of the households we chose found out about the project through The Metro, and one from the South Philly Review. One home is in Tacony, another (very nearby) is in Mayfair, one in South Philly (below Snyder) and one in Mt. Airy. 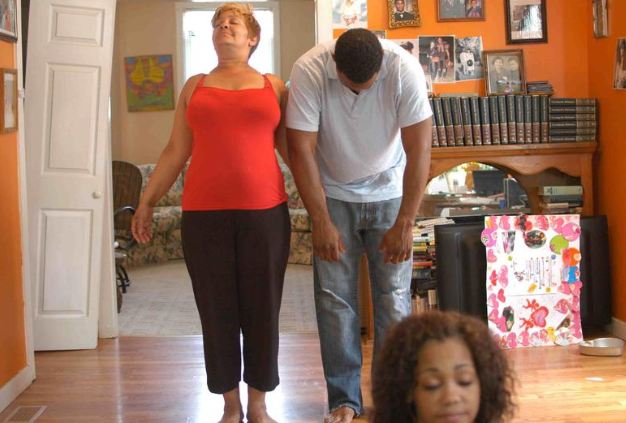 NP: The show works as far as I can tell by using dance to touch on the rhythms of our everyday lives–rhythms and movements that many of us aren’t even aware of (because we tend to lose sight of ourselves). How do you transform these everyday things into art?
AS: The pieces–like all of our work–use everything that bodies do: movement, story telling, relationship, ordinary actions, singing. We’re balancing referential (storytelling) with abstraction. We are layering things together to evoke some alchemical 360-degree sense of this world, these people. You can’t define what a person or a household is, but you can collide and layer things together and give rise to the magic-absurd-tender verbs of these folks.

NP: So how do our rhythms and movements differ across the city? Are the differences what you might have expected?
AS: These households are really different. And not easy to categorize. I think the people who came forward for this project are outliers, so I wouldn’t say the Aryadareis have a “South Philly” way of moving. But they certainly have a rich and wild connection to their block and neighborhood. (Shannon: “My kids are city people. South Philly is the only place I can imagine raising them. Shannon, next day: “Well, it seems like the yuppies are coming south pretty quick, so hopefully they’ll get down here soon and things will get better.”)

And there is a central Big Challenge: how to bring our experimental and highly formal approach to art-making to people who don’t share that aesthetic. People tend to focus on content: what is the message, what are we “telling” people about our household? I push them to think about “showing,” about revealing, about vulnerability rather than expertise, about layers rather than message.

This is, I think the actual aesthetic class divide. Not hard to bridge and dialogue about. And people are thrilled to be shown possibilities they didn’t perceive before. 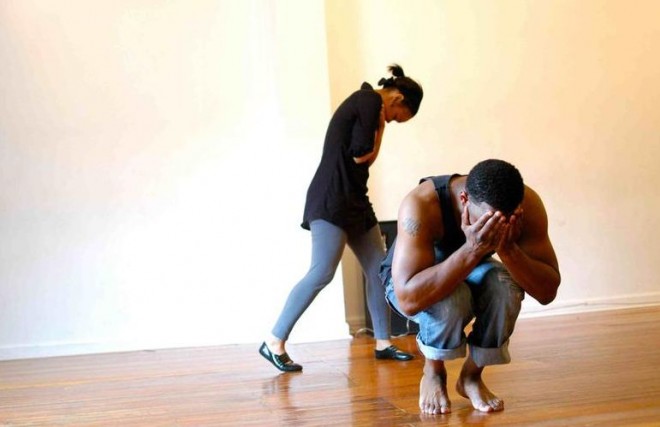 NP: You seem pretty intent on getting dancers to think about the way everyday people move. When you’re walking around the city do you see it as a kind of giant stage for people and vehicles and clouds and time and voices moving through it? Is there a set rhythm to it or is it really chaos?
AS: I think a lot about performance, about people performing themselves in public spaces. What exactly allows you to recognize a tourist? A college student? A dealer? I notice people’s falseness, and feel the urge to give them a director’s note: “You’re pushing too hard on the punk thing. It feels off, a little desperate.”

I think about people’s unbelievably honed ability to respond to other bodies in space, to pick up or go against the rhythms around them.

I think what public spaces give rise to and demand of us, and how people (especially in Philly) push back against that. Stoop culture. Driving down South Street on a Saturday night. The Plateau.

NP: I feel like this moves dance closer to film or theater or even street photography–is there something to that?
AS: It’s a bit more festive and awkward then photography, but I feel what you’re getting at.

Invented ritual. Everyday epics. Beauty from a way of looking, not from a curated set of beautiful things.