Editor’s Note: Meant to make us think a little about the uses of public space, Park(ing) Day 2012 is the fifth annual Philadelphia version of the event, which began in 2005 in San Francisco. This year 49 teams from design firms, city agencies, and advocacy organizations signed up to create 59 mini-parks out of what are on every other day of the year parking spaces. Not all of the groups followed through on their plans, but photographer Dominic Mercier checked in with more than a dozen ephemeral civic spaces and returned with the photos below. 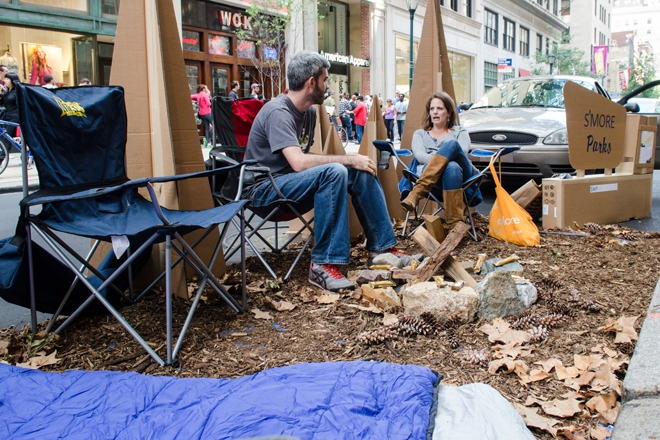 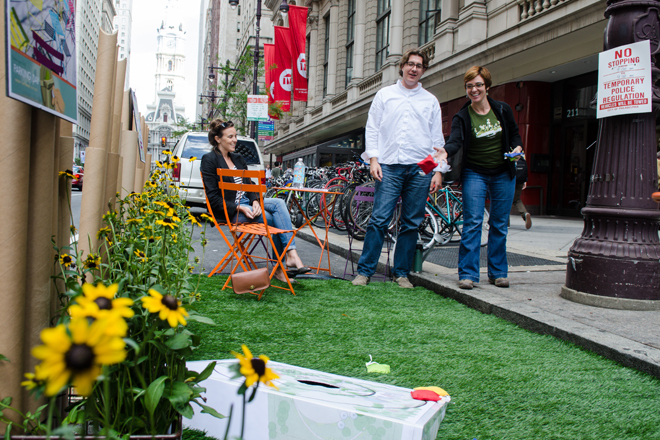 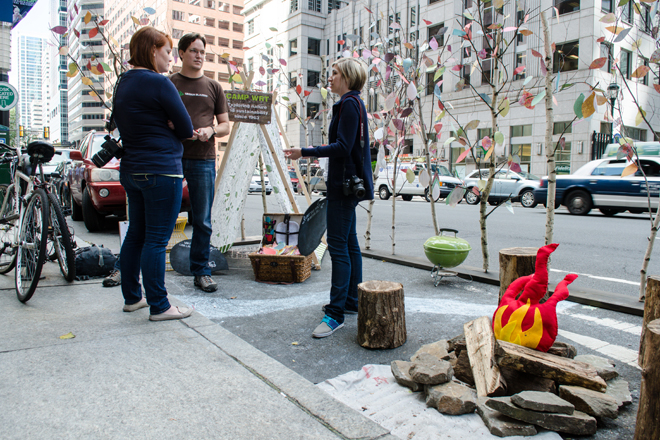 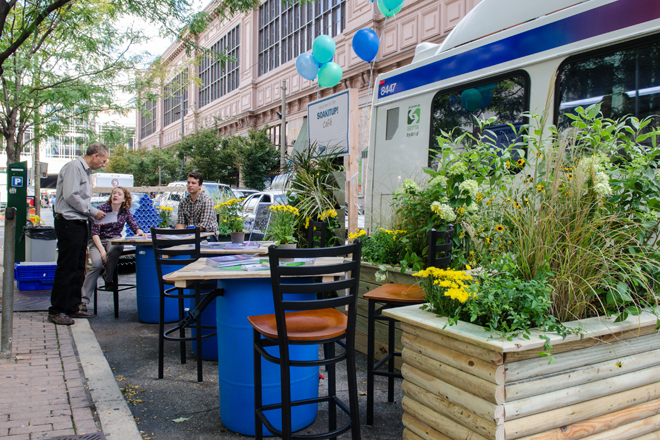 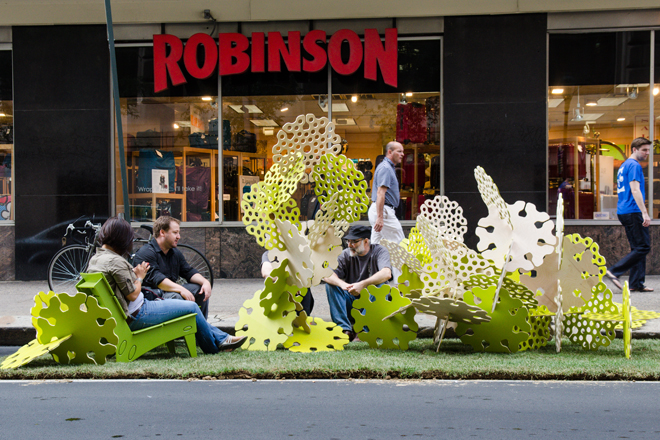 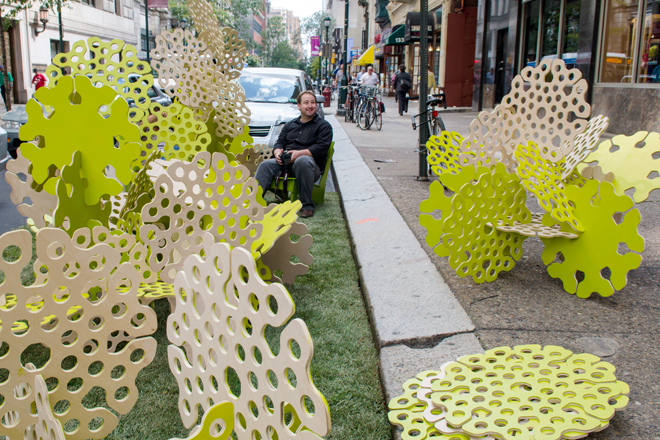 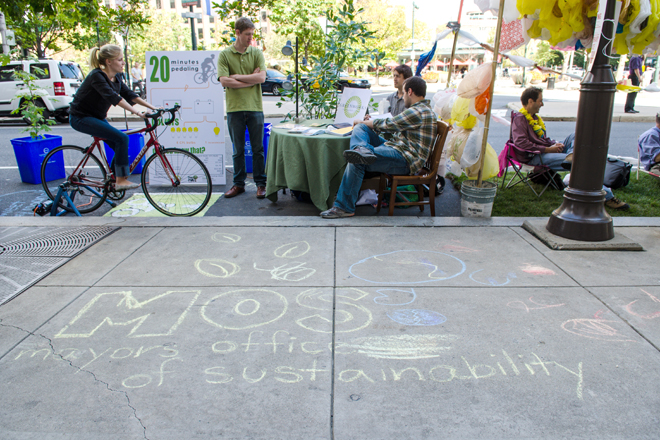 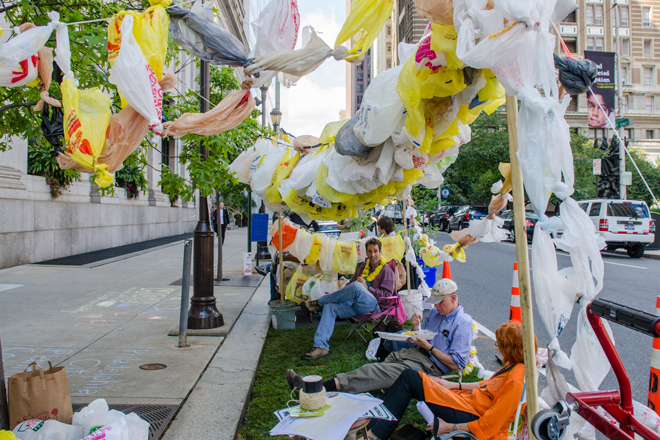 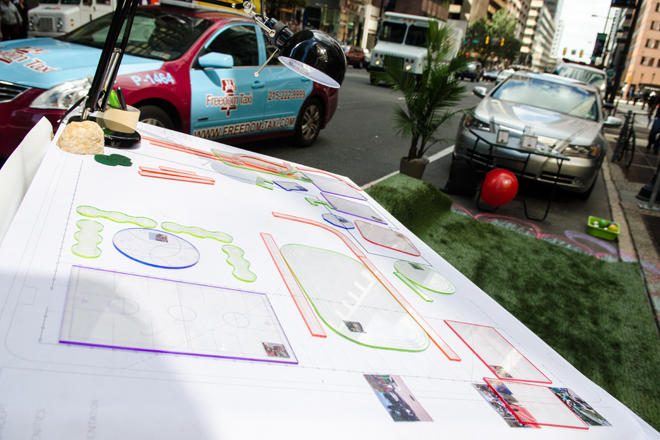 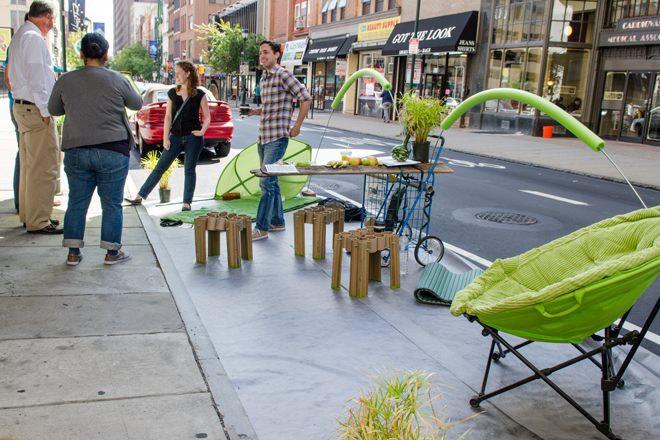 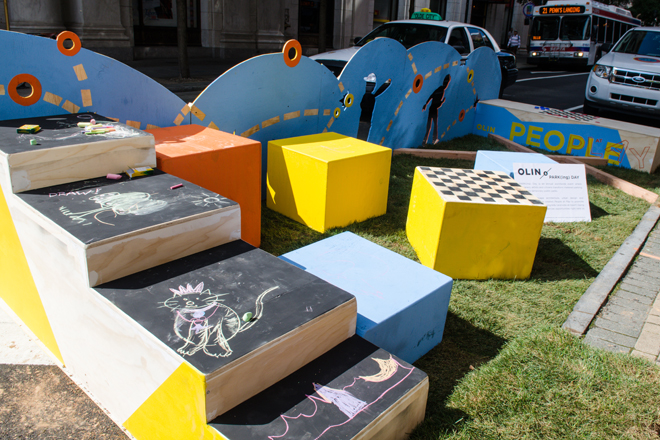 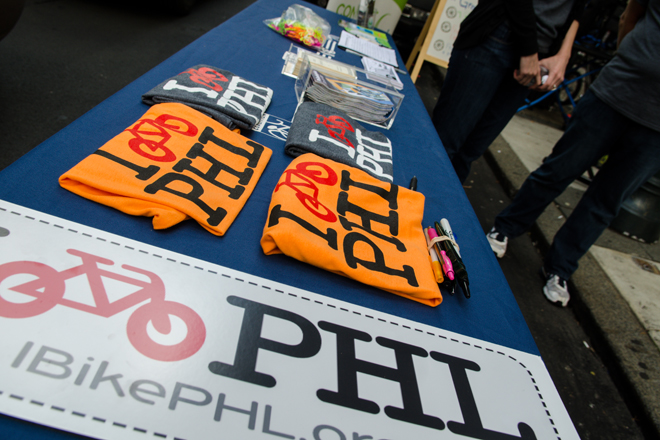 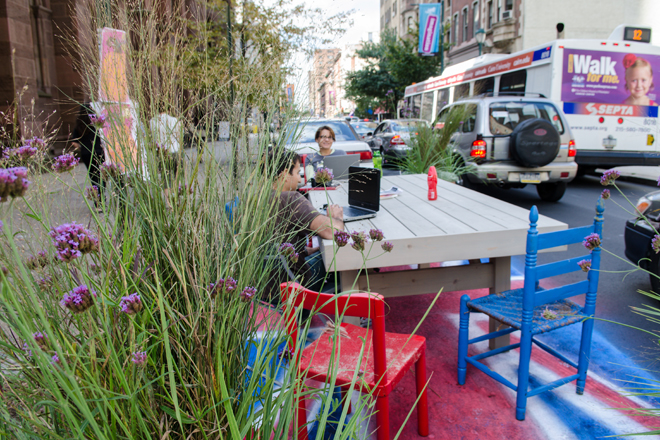 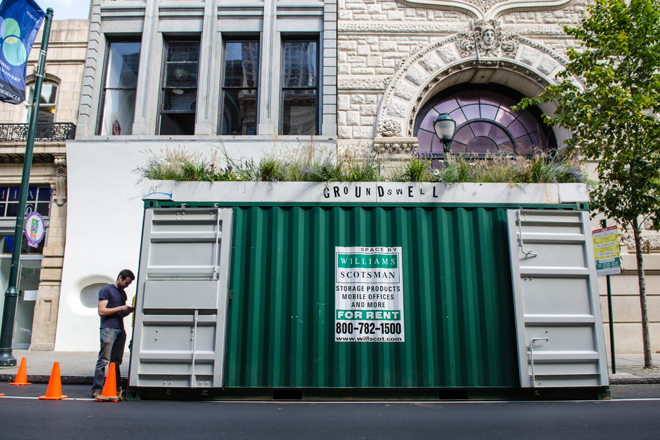