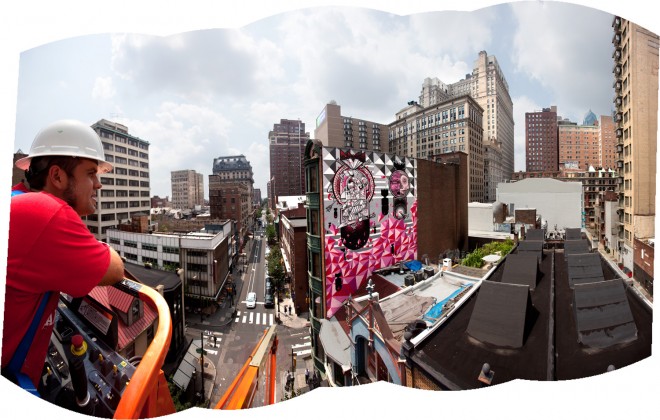 The mural “Personal Melody” by How and Nosm | Photo: Steve Weinik

The real estate developer Tony Goldman, who died last week, is largely responsible for the transformation of 13th Street in Center City. While not all of Goldman’s plans have come to fruition, part of his legacy there is a more recent partnership with the Mural Arts Program that resulted in three imaginative works of contemporary art by highly regarded artists, and a fourth by the Baltimore-based street artist Gaia, to be installed at 13th and Drury Streets the first week of October. 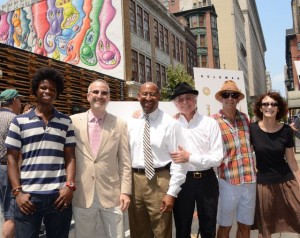 The Goldman-Mural Arts collaboration began last summer with the installation of “Philly Chunk Pack,” by Brooklyn-based artist Kenny Scharf. The artist worked with 15 students enrolled in the Mural Arts Program’s Big Picture project. The next month, students began work with the artist Christophe Hamaide-Pierson, a member of the art collaborative AVAF (Assume Vivid Astro Focus), on the mural at 1315 Sansom called “All Very Amazing Fingers.” That mural was painted in the classroom and assembled on site, above Time restaurant.

The third mural, “Personal Melody,” by the artists How and Nosm (the Spain-born, Germany-raised, New York-residing brothers Raoul and David Perre), was installed on the north-facing wall of the seven story building at 13th and Sansom that houses the Zavino pizza restaurant. 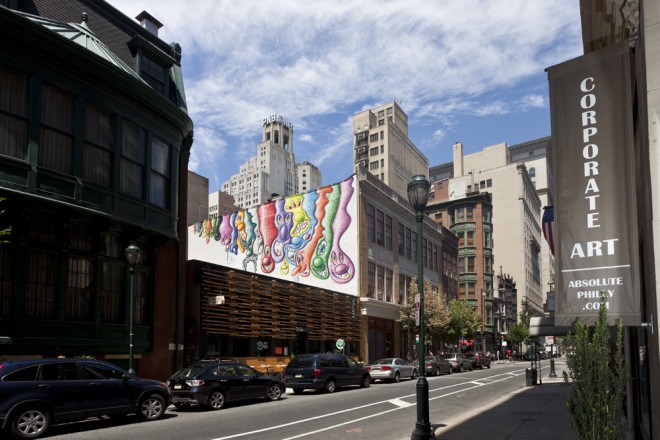 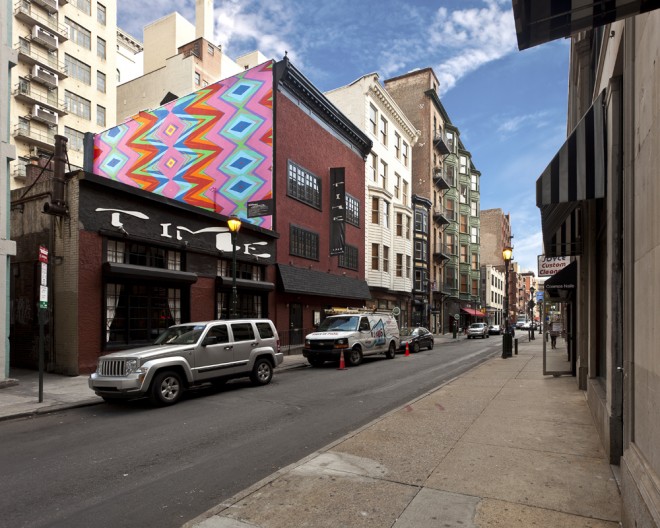 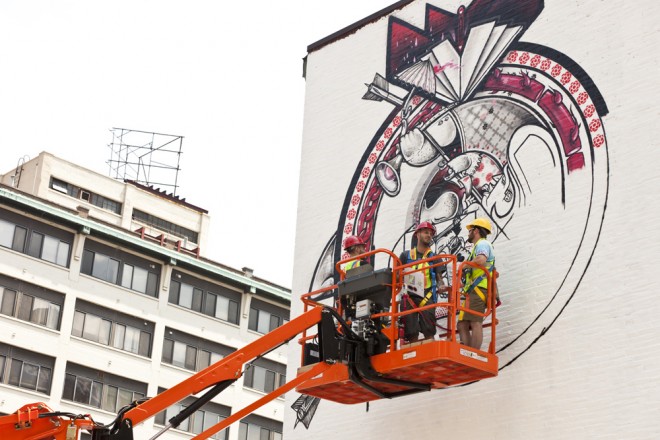 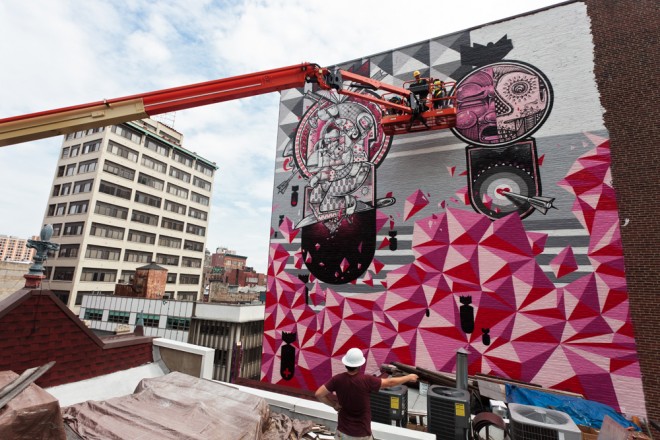