At Penn’s New Park, Too Much Green Leaves Me Cold 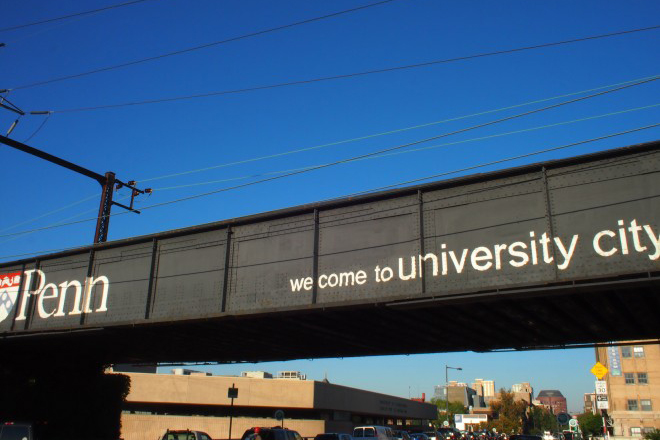 It was the early 1990s, the buzzword in urban development was 24/7, and we young staffers were charged with helping the University of Pennsylvania’s excellent team of senior administrators, planners, architects and landscape architects (including the much missed Bob Hanna) construct a plan to weave the suburbanized–read bunkerized–campus back into the life of the city (and in return give the city some life).

Seeking to transform every aspect of campus life and leverage the economic engine that was, and is, the city’s largest private employer to create jobs and grow local businesses, the ideas sprang endlessly and we fed them with reports, maps, plans, data (even inventing a bureaucratic division called something like “Data and Information Services”), surveys, renderings, and comparative studies. Our goal was to be comprehensive–unlike other university-community partnerships–and impact the life of West Philly at every level. 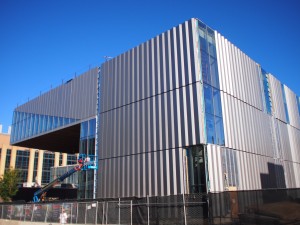 Almost 20 years and billions of dollars of investment later, and after two booms, two busts, the transformation of Penn has far surpassed any of our wildest dreams. (Without Penn’s investment, there would be no present Drexel boomtown. Indeed one man, Drexel’s president, and former Penn senior vice president, John Fry, is the true architect of University City.) This is the sense I get every time I blow across the river and find myself in a sea of cranes and people.

And yet, I also feel the very opposite: that despite the certain success of the “West Philadelphia Strategies,” in so many ways–and merely from the perspective of urban design (never mind poverty, education, or economics)–the reinvention of Penn has fallen short. (This is instructive, I think, on how difficult it is to effect widespread urban change.) 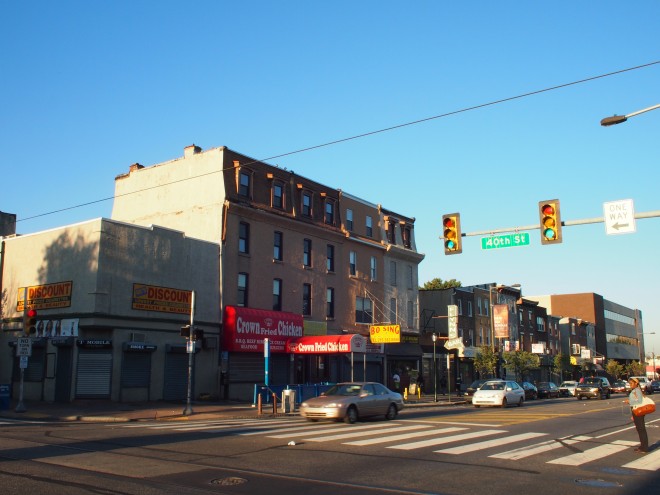 We see the limitations most clearly on the still ragged campus edges: where Penn meets the VA Hospital, the trolley portal, and Spruce Hill on the southwest, 40th and Market and environs, which despite some streetscape improvements is essentially unchanged since 1985, much of Chestnut Street west past 40th and beyond, and along the Science Center. The only significantly improved edge is the east, where Penn has smartly invested, merging University City to Center City, forming what will some day be an impressively large and physically variegated downtown.

It’s on that eastern edge where Penn has sought to balance its needs for space with its real interest in improving the public spaces of the city–and this has resulted in several ambitious projects, most notably Penn Park (which Lauren Drapala reviewed a year ago in these pages), but also Shoemaker Green, the revamped civic space in front of the Palestra. But just as I feel both admiration and disappointment about the impact of Penn’s overall strategies, I see these two massive investments through conflicted eyes. I support the ambition, but the execution leaves me cold. 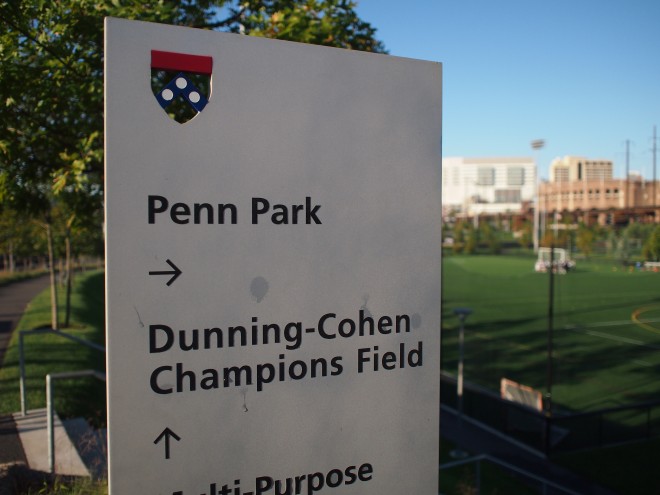 It’s hard to be too critical of Penn Park; the University was desperate for athletics space and it took the opportunity to create a public link between the campus to the city. But aside from the fun of labyrinthine, post-industrial bridges, walkways, and views, there’s little here for the public, unless you’re attending a tennis match or a softball game. And the Penn branding on every surface announces the University’s insecurity-fed overconfidence more than school–or city–pride.

The nice thing about all the bridges–and some of them are beautiful–is that they weave the campus and the city, ultimately winding through the Coliseum-like arches of Franklin Field and out to Shoemaker Green, the $8.5 million park and stormwater field designed by the landscape firm Andropogon Associates. 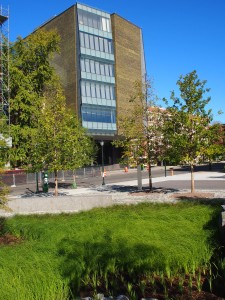 In its design–a grass field dotted with trees surrounded by smart plantings and high quality hardscaping–Shoemaker Green resembles Andropogon’s Thomas Jefferson University central green, Lubert Plaza. Only the great success of that project was to foreground a motley collection of buildings, giving each its curious due and somehow managing to tie them together for a coherent visual impact.

Not so at Penn. The new park does little to make sense of the two monuments to Philadelphia sports, Franklin Field and the Palestra; but on the other hand, it successfully places Tod Williams Billie Tsien’s green brick Skirkanich Hall in its proper (primordial) forest context. That building’s architectural primacy isn’t lost on the landscape architects, who provide ample cues to check it out (they also frame a little view of Center City as a glimmering Oz in the distance.)

But the grassy knoll should draw one to the Palestra, which ought to be the star of the show. Yet, much like Independence Hall at the end of Independence Mall, the building is too diminutive for the grand approach. Perhaps to compensate, the designers left the Cathedral of Basketball behind a screen of ancient sycamore trees, almost invisible from the street. 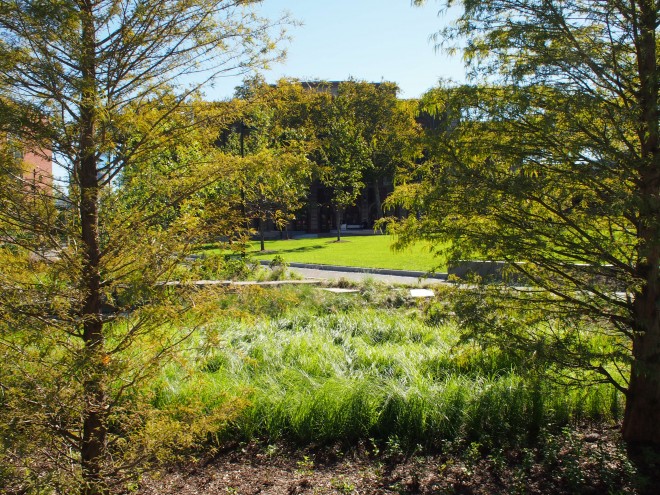 The Palestra, lost in the trees | Photo: Nathaniel Popkin

For all its heat and intimacy, noise and tenacity inside, the Palestra is desperate for the hot lights of the city night, not to be hidden behind a softening, smothering landscape. This, of everything, of what I dislike the most about Shoemaker Green. 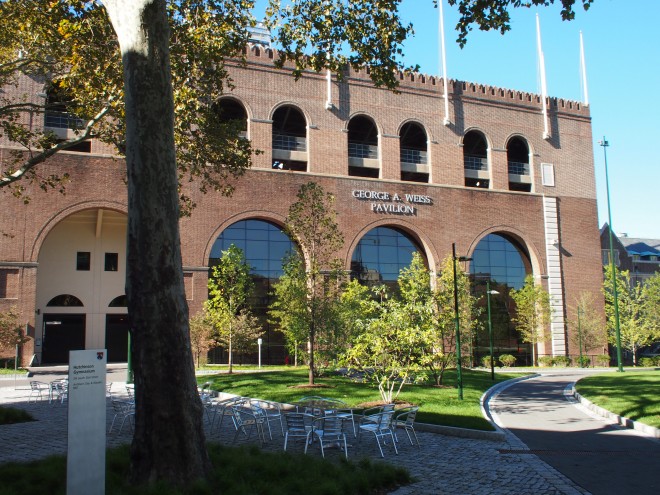 The hardscaping and some cafe tables do a decent job connecting the space in front of the George Weiss Pavilion, but this again is another lost opportunity. Here, indeed, is the wonderfully neo-Roman Franklin Field, which ought to feel, well, ancient foregrounded by a green. But the old stadium is lost behind the Weiss addition, which is built of brick to mimic the stadium instead of steel and glass to provide meaningful contrast. The muddling of the architectural forms and materials makes it harder for the Shoemaker Green to perform, and in this it falls short of its promise.