We Burrow Through Time To An Original Delaware River Cave 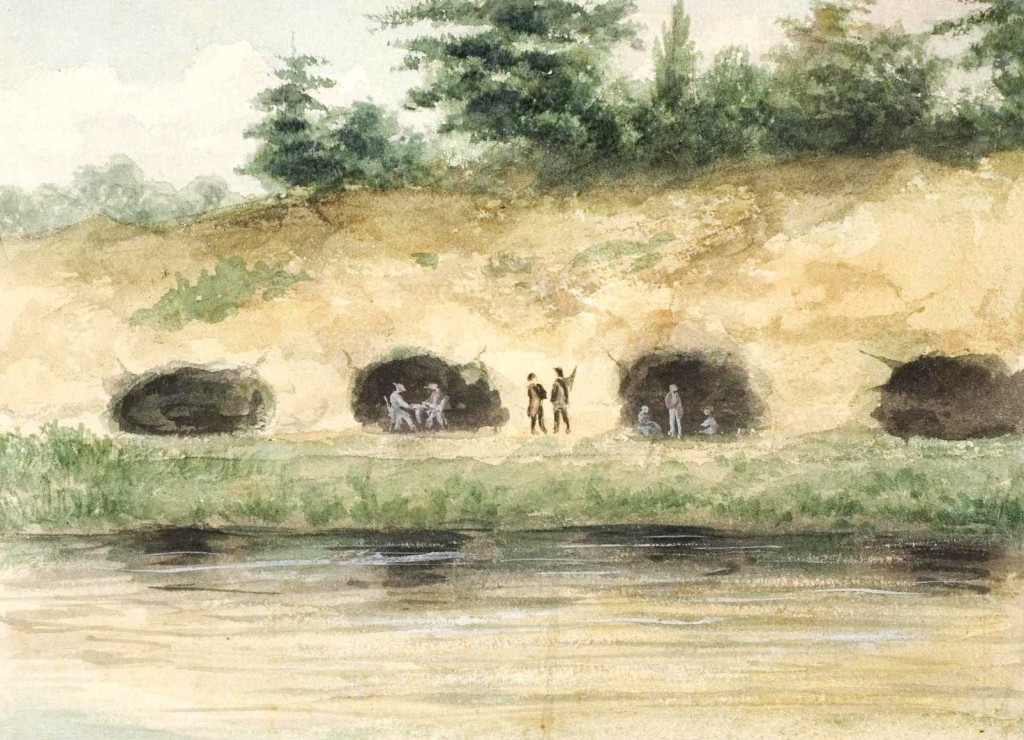 The 1680s caves along the Delaware River, as imagined by an unidentified painter. | Image: The Library Company of Philadelphia.

Dozens of William Penn’s people–with only paper proof that they’d purchased a lot or a plantation in the real estate scheme called Pennsylvania–squatted in caves along the bank of the Delaware River waiting his arrival.

This week, along with a handful of archeologists and historians, Hidden City participated in a tour organized by cultural historian Anita McKelvey, of the remains of one of the caves, in the basement of a 19th century mercantile building at Front and Race Streets. 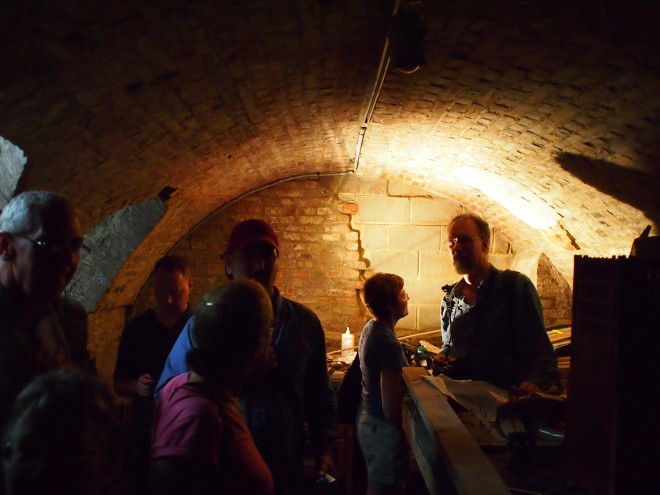 Inside the cave | Photo: Nathaniel Popkin

That building itself is thought to be the site of the circa 1700 Penny Pot Tavern, in a part of the original city mostly buried under layers of development and infrastructure. 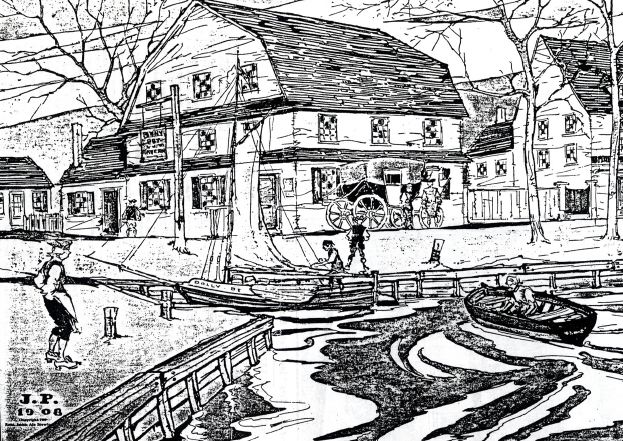 Architect Alan Johnson, a principal in the now shuttered firm Alley Friends Architects, which was housed in the building, guided us through the layers, as if we were burrowing through time: from 1972, when he arrived, before the construction of that section of I-95, when the street was home to a Dietz and Watson slaughterhouse–“the hogs would arrive every Monday morning and by afternoon you’d see them leave as perfect hams,” he said–down through mid-19th century explosion and fire that destroyed the entire waterfront, past the installation of the earliest American cast iron building facade, now housed at the Smithsonian, to a mammoth wood beam that originated as a ship’s mast to cave itself, which was reached by passing through his workshop in the old Alley Friends studio. 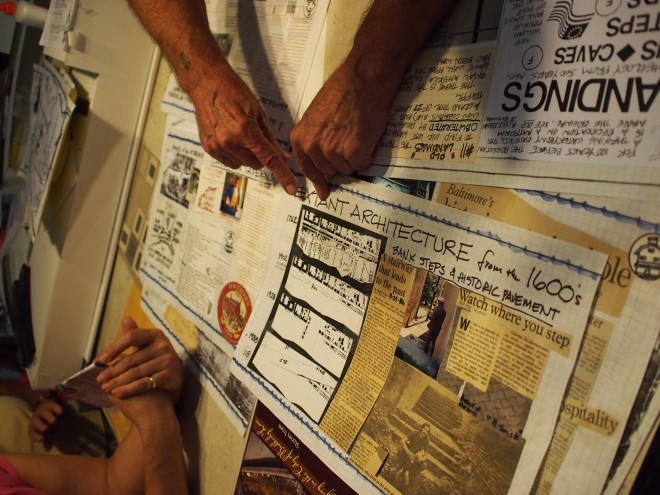 The caves were adapted in the 18th and 19th century by the owners of the waterfront mercantile buildings here for extra square footage beyond the building line (the cave we stood inside was under the sidewalk). 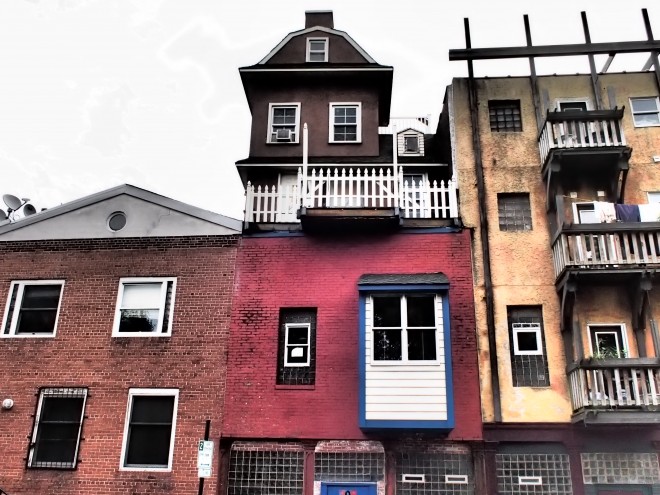 In the 1990s, Johnson created a “cartoon version” of the Penny Pot–perhaps the visual icon of this strange, isolated block–which he installed on the roof of the building.