The Remarkably Long Journey To Bart 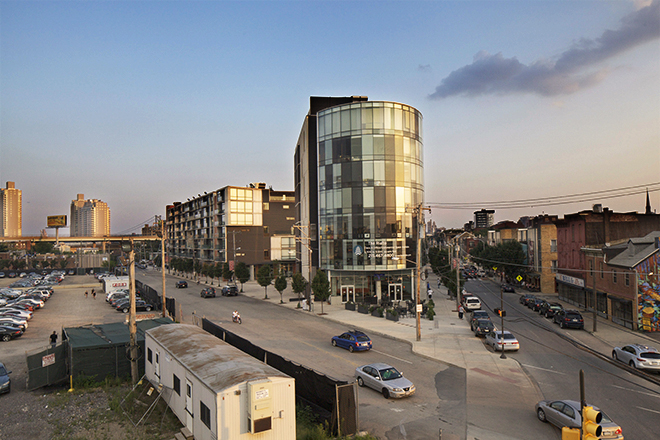 The way it was told to me, and the way I told it in Song of the City, is that the urban pioneers started coming to the Northern Liberties in 1976.

The rest of the story, at least as its understood in the mythology of cities, is that the neighborhood took off from there. But that’s a bit of nonsense, for the road to the Northern Liberties we experience today–the place that’s become a gold commodity on the balance sheet of contemporary Philadelphia–has been long and complicated. Bart Blatstein’s enormous investment and its significant impact on the neighborhood and the entire city, in other words, wasn’t inevitable or even likely, given the societal tide of disinvestment and disinterest in old urban neighborhoods.

I was thrice reminded of this this week, first by Mitch Deighan’s comments on his experience as a Northern Liberties pioneer on our My Favorite Place video about the 800 block of North Orkney Street, then by news about the redevelopment of the Integrity Bank building at Fourth and Green (Color Reflections) and progress on Onion Flats’ long-imagined Stable Flats, and by this 1982 video, “Northern Liberties Is On The Move.”

In its celebration of both pioneering artists and federal investment in small projects around the neighborhood, the video clarifies how extraordinarily immense–Sisyphean, even–the task is of reversing long-standing and powerful economic trends.

With its strong tradition of innovation and openness, the Northern Liberties indeed obliged pioneering new folks like Deighan and Jennifer Baker and Karl Olsen and Ira Upin and Frank Hyder, who had, in the vast emptiness, space and materials to create a world of their own.

And yet despite the millions of accumulated investment, and the occasional large project like the late-1980s townhouses at Fourth and Poplar, the neighborhood remained a fragmented mess, still a ghostland, and nothing like a functional place.

And while neighborhoods like Queen Village and Powelton Village settled into their new lives as post-Modern, eclectic urban enclaves, the Northern Liberties thrashed along, still a post-Apocalyptic, fire-ravaged ruin of industrial failure, addiction, and dysfunction. 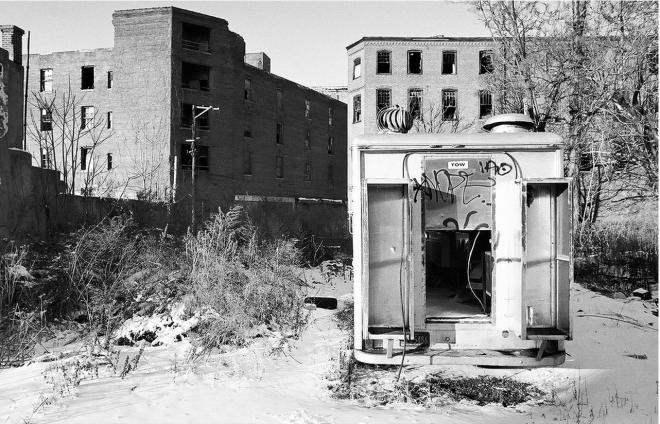 Hancock and Laurel Streets in 2001,  just south of what is now the Piazza at Schmidt’s | Photo: Patrick R. Ward

Then came folks like William and Jim Reed, who opened the Standard Tap in 1999, and the McDonald Brothers, who transformed Capital Meats into the neighborhood’s first contemporary-minded live-work spaces (and went on from there to create the green design-build firm Onion Flats). What would the neighborhood be without either the McDonalds (developers of Stable Flats) or the Reeds, who later opened Johnny Brenda’s, visionaries who saw a place like none other in the city, possibly the nation.

But that still wasn’t enough. Even the epic work of Dennis Haugh and Jesse Gardner in forging Liberty Lands wasn’t enough: in a city still recovering from the collapse of its economy the love and investment could create only islands of brilliant civilization, islands that in a certain strange way only reinforced the fragmented nature of the city itself.

So indeed it took Bart, or someone like him, to take all that love and make some big money off of it. Would the neighborhood have continued its rise? Sure (and quite a lot of people wish it had been allowed to keep its slower pace). But without the heft of Blatstein’s accumulated projects, the Piazza most emphatically, it wouldn’t have become the hinge that connects Center City up the River Wards, the keystone that’s made the El relevant again, the sometimes breathtaking reminder that this city can be fun, and even a little sexy.