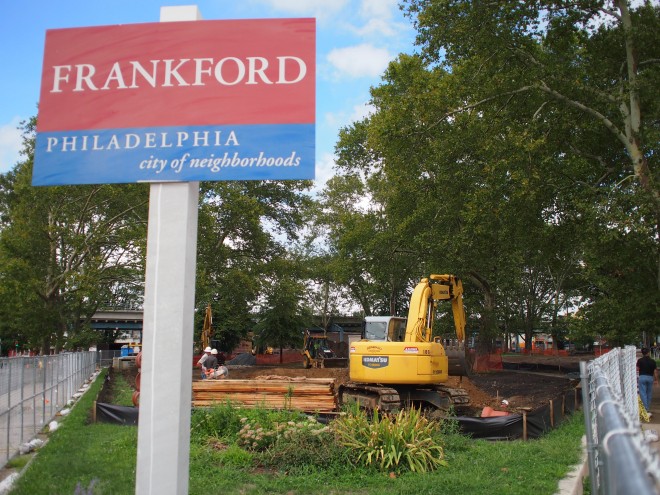 Frankford’s Womrath Park, undergoing a major overhaul to transform it into an active stormwater basin, will open in November, according to an official with the Philadelphia Water Department.

The project is funded as part of a $30 million loan received from Pennvest, the state revolving loan fund, to implement PWD’s Green City, Clean Waters program, which is aimed at keeping street runoff out of Philadelphia’s streams and rivers and reducing the number of stormwater overflows that occur each year. Green City, Clean Water will transform over a hundred blocks across the city into green infrastructure.

“Every time we install a project it starts to work immediately, that’s the beauty of this approach,” says PWD’s Jessica Brooks, who oversaw a project design team that included members of the firms Wallace, Roberts, and Todd and Duffield Associates and officials from the City’s Department of Parks and Recreation. Traditional sewer infrastructure is more expensive and provides no benefits until an entire system is installed, a process that might take 10-20 years. 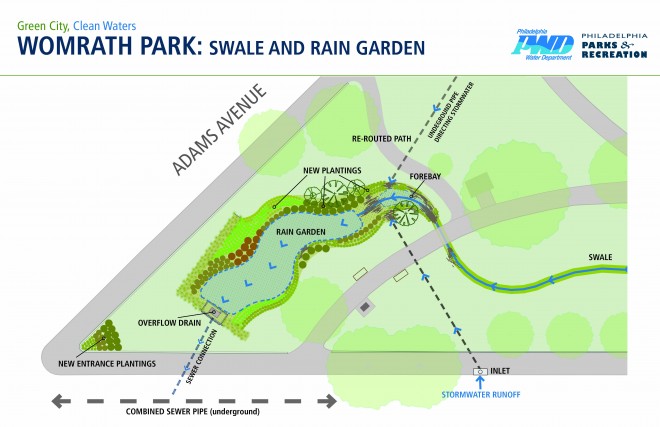 Womrath will be capable of accepting an inch of run-off from surrounding streets and the Market-Frankford El, into a series of rain gardens, swales, and basins. Modular storage tanks below the ground of the park will store much of the run-off, releasing it slowly into the sewer system.

Here is how the Water Department describes the performance of the park’s new stormwater system: 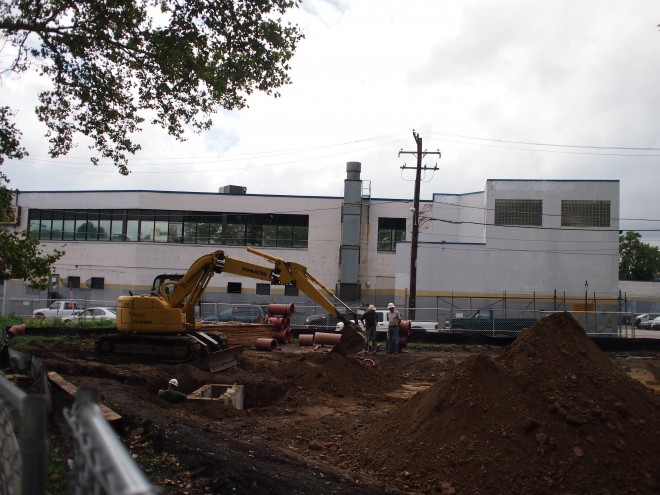 The new park will reuse broken up concrete already on site and architectural salvage to build a series of check-downs, guiding water through the site.