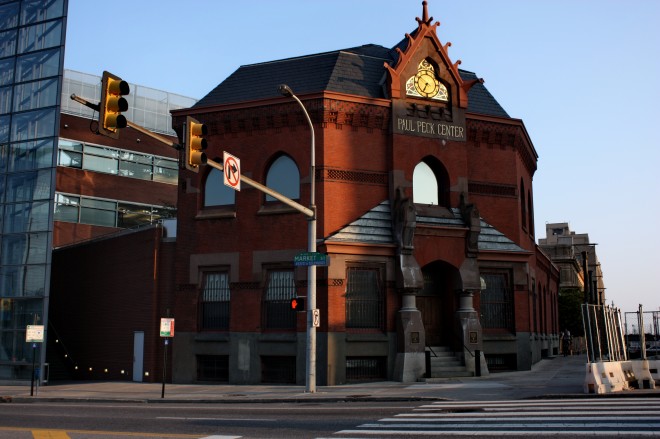 Frank Hoeber was the randomly selected winner of round three of Name This Clock. He was one of 15 who answered correctly. Frank, e-mail Hidden City creative director Lee Tusman at ltusman@hiddencityphila.org to claim your Hidden City membership.

This gilded beauty from the gilded age has been keeping time since 1876. The building it graces is Drexel University’s Paul Peck Alumni Center at 32nd and Market streets. It was brought us by the limitless imagination of Frank Furness. This piece of muscular American architecture, however relatively tame by Furness standards, was originally built to house the Centennial National Bank–meant for Centennial visitors to store their money while attending the world’s fair.

According to information furnished to us by architect John Cluver of the Center City firm Voith & Mactavish Architects, design and construction of the bank took only eight months. Yet it was only finished in November 1876, just as the Centennial was closing.

The building has been much altered over the years, work that includes new roof lines, a rear extension and a totally new interior, but the clock in its cornice has remained the same. And just so you know, it’s about 10 minutes fast.

Name This Clock Round Four 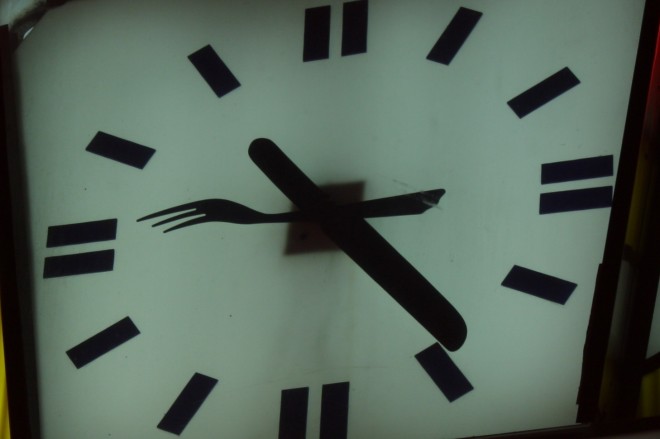