Name This Clock: Round Two 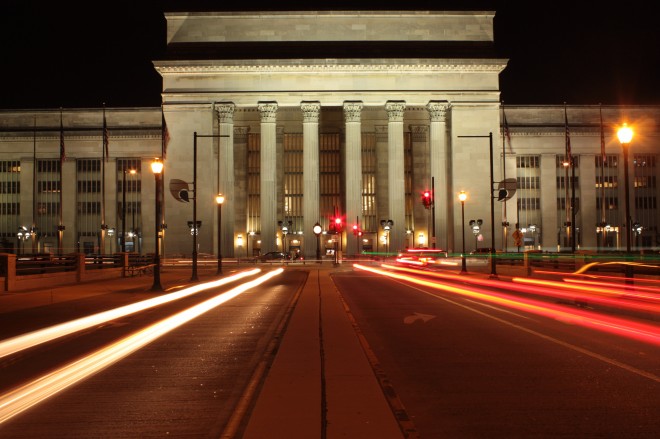 A dozen plus people entered the first round of Name This Clock. Most people correctly identified the location of the clock as outside 30th Street Station, on 29th Street. For those unable to recall it, don’t fret; the clock is not an original feature of the building, nor is it very old, thus it has yet to establish itself as an iconic clock. The 15’ 6” tall time piece was built in 2008 by the Electric Time Company of Medfield MA and purchased by PennDOT as part of a sidewalk improvement project.

Among those who answered correctly, Alexander Morales was selected randomly. Alexander, please e-mail to claim your prize, a year membership to Hidden City Philadelphia. 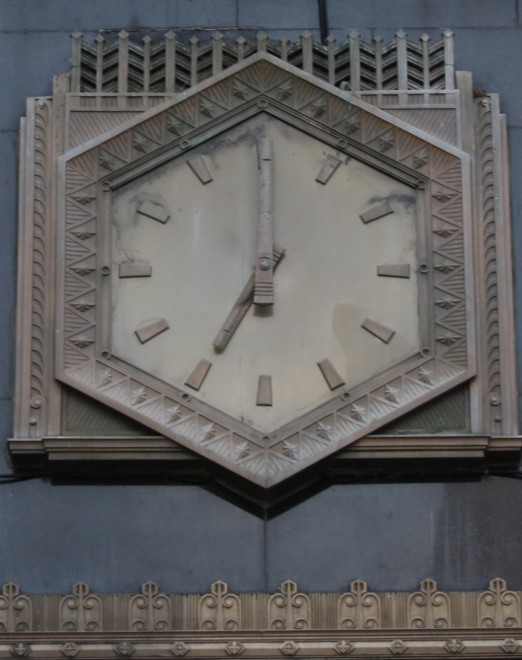 Above is a close-up of the next clock. Please follow these instructions. E-mail your entry to editor@hiddencityphila.org by 11AM Wednesday August 15 with the building and exact street location. DO NOT post your answer as a comment on this article or on Facebook.