Name This Clock Round Three 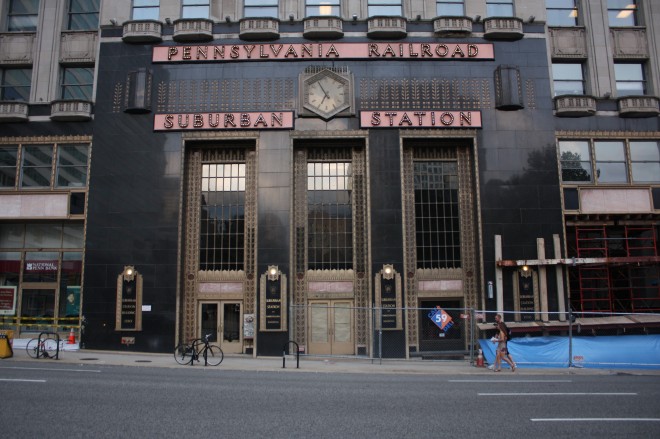 Last week’s clock is an Art Deco beauty adorning the 16th street façade of Suburban Station. There’s an identical clock on the JFK Boulevard side as well.

All 26 entrants answered correctly. John Livewell was the randomly selected winner among the 26. John, e-mail editor@hiddencityphila.org to claim your Hidden City membership.

Suburban Station was originally built as the Center City terminus to the Pennsylvania Railroad’s regional service. Today it’s one of three downtown stops for SEPTA’s Regional Rail service. Above the subterranean tracks are 21 floors of office space.

Name This Clock Round Three 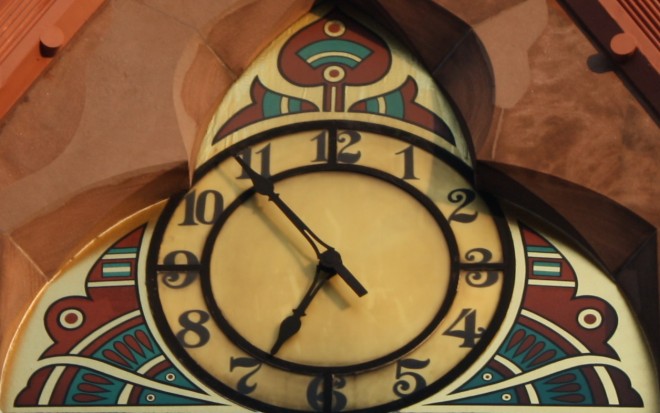 Same rules apply. E-mail your answer–building and exact location–to editor@hiddencityphila.org. Answers must be received by 11AM, August 22. Do not post your answer as a comment on this article or on Facebook.

We’ll randomly choose a winner from the correct responses.