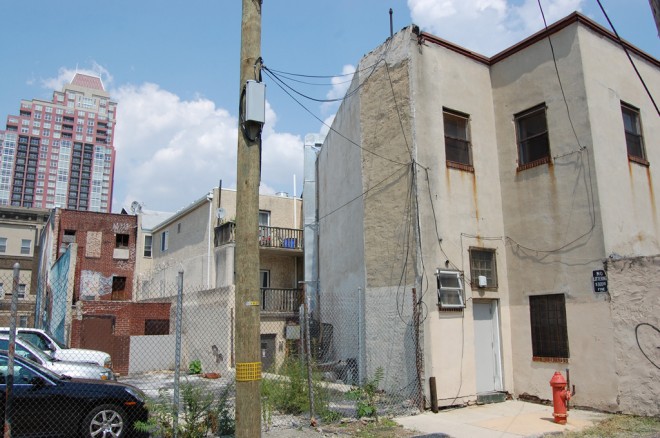 The trails that radiated out from the built-up part of colonial Philadelphia were either converted into streets (like Ridge Avenue and Passyunk Avenue) or they were subsumed by the street grid as the city expanded gradually over the years. An example of an early trail that didn’t survive is Irish Lane. The skewed wall of an old house on the 1400 block of Kater Street (bounded by Broad, 15th, South, and Bainbridge Streets) is the only vestige of what shows up in an 1795 map as Irish Tract Lane. 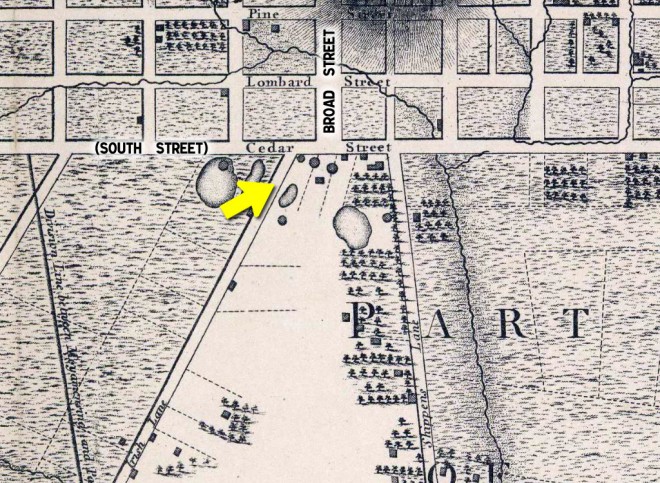 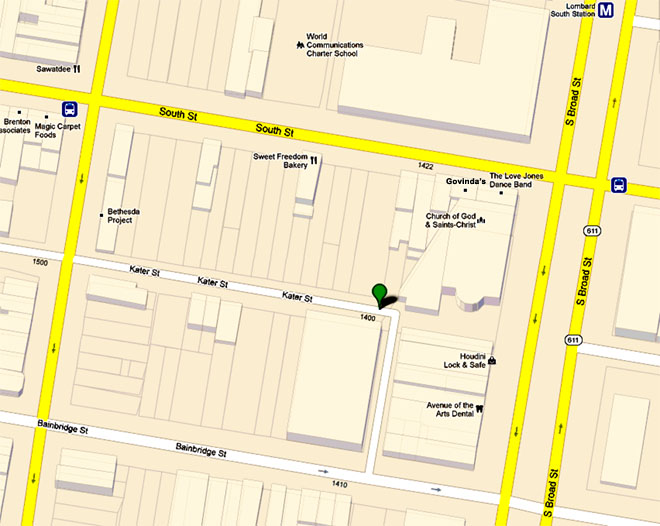