For The Future Of Ph.ly 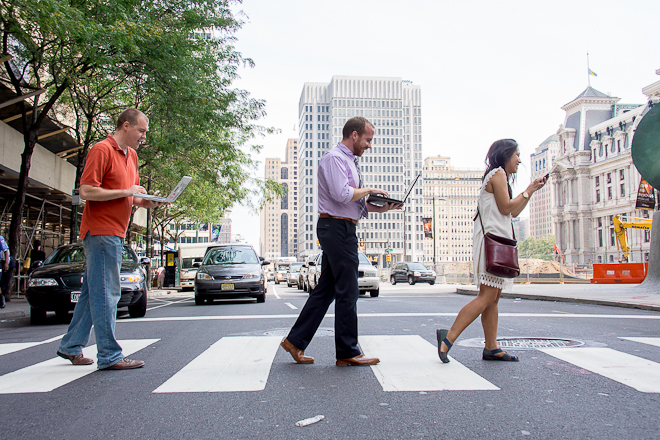 Editor’s Note: This spring, Technically Philly founders Chris Wink and Brian James Kirk launched the URL shortener Ph.ly, a project with a decided civic edge: to get young, well-educated Philadelphians to participate in the dialogue about the city’s future. Each Friday Ph.ly subscribers–presumably young professionals–receive links to three stories that Wink and Kirk believe will make them better informed (you can sign up HERE and read back issues HERE). We catch up with Wink to learn about what motivated the project and how it’s going.

Nathaniel Popkin: I’m an old-timer. So I go to the Ph.ly website and I see “Long URL:” with a space for entering information and “Vanity Keyword:” with another space for entering info. What am I supposed to do with that? What’s it for? How can, to paraphrase the site, Ph.ly be integrated into my workflow?
Chris Wink: Ph.ly is two things, and one of them is a URL shortener. So, like bit.ly or ow.ly or tinyURL.com or any of the URL shorteners, this is one that keeps Philly in mind. You can use “vanity keyword” to do fun things like ph.ly/weekly or ph.ly/newsweekly and then track metrics by adding a + sign, like ph.ly/techdoc+. You could use these links to shorten URLs for Twitter or even for print/marketing materials to make them prettier. If you auto-tweet from an RSS feed using something like Twitterfeed, you can auto import using Ph.ly. 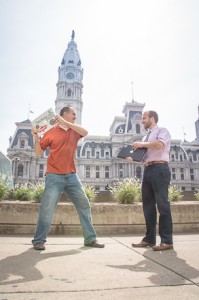 NP: Each Friday, Ph.ly News Weekly sends links to the three “best, most important” journalistic stories to its subscribers. What motivated the idea?
CW: Center City added some 17,000 25-34 year-olds with college degrees from 2000 to 2009, the third highest total in the country. Knowing many of them made me realize that while they tended to genuinely like Philadelphia, there was no acceptable pipeline to get them into the civic dialogue anymore. Many of my peers read stories from NYTimes.com and CNN.com that they find on Facebook, but there isn’t enough of a dialogue about local issues. Without that, I believe it’s harder to retain these brilliant young people and get them involved in civic life. So I decided to do the hard work for them: digesting as much local news as I can and picking out the three most important, most interesting big stories of the week and spoon-feeding them in a mobile-friendly e-mail.

NP: How does it relate to the function of URL shortening?
CW: Both are in the spirit of celebrating Philadelphia. If you wanted to get super detailed, I’ll say that if we ever really scaled the use of Ph.ly we could do fun automation of the News weekly by listing the most shared local stories that week.

NP: The News Weekly seems to us an incentive for news outlets to produce quality stories that matter–competition used to be what drove the news business, after all. Is that the intention, or is it mostly to build a community of engaged readers?
CW: Nope, you have it. I have this entire line of thinking around the idea that there are fuzzier and fuzzier lines between journalism and information providers. Both valuable but there’s something different and important about celebrating the harder work and trying to get it in the hands of all Philadelphians, regardless of age.

NP: Has something like this been done elsewhere?
CW: Eh, there are no original ideas ever, I’m the first to say that. Still, we called for newsletter sign-ups before we started (like a Kickstarter for emails) and got more than 1,000, so we decided it was worth it and went forward. That seems novelish. Have people curated journalism stories locally and tried to scale civic dialogue? Probably, I don’t know of specific examples.

NP: How have news outlets reacted?
CW: We do have other submissions and some excitement by other niche outlets (and actually a couple times legacy media have sent stuff over) but there are two hurdles for news outlets to know or care: (1) the traffic we push to them will just read in their analytics as normal e-mail traffic so I doubt many are savvy enough to know, (2) though the engagement level is high, the list is still somewhat small, less than 1,500, though growing each week, so it’s still early to have the kind of big impact I’d really like–with a list of 10,000, 20,000, or more.

NP: Is there any way to measure the effectiveness of this? How will we know if the issues that matter to the city are getting such good coverage that the civic climate changes?
CW: The web is really good at telling us if something is a good idea. Each new subscriber is a vote of confidence, particularly because the engagement is usually high–about a third are opening the e-mail on any given week. If we can grow the list to a larger size that can have more documented impact (read: more clicks), I think the effectiveness would be instilling a sense of urgency for more important and thoughtful stories because audience is being sent there and not just for top 10 lists and churn (which are important in other ways). That could be tracked by outreach to be included, but the most important success would never be able to be tracked because there are so many factors: a more civicly engaged population, starting with our newest residents.

NP: Who chooses the stories each week? What’s the criteria?
CW: Who has two thumbs and chooses the stories for Ph.ly? This guy, though my colleague Brian Kirk has filled in for me. To be honest, by tracking engagement (clicks), we’re still evolving what should be included. We want to help create a narrative about the city that is both challenging and reflective of a more positive tone pushing for change. So in the past few weeks, we’ve tried some balance–the important, investigative, public-affairs-type story that will always have a home here, but also stories that are news-hooked just by virtue of being published–last week we shared a story about Philadelphia’s role in the history of pretzels because it was good, it helps create a cultural identity, it was from a new source that many people may not know yet (Encyclopedia of Greater Philadelphia), and we thought it should be getting more attention. The long and the short of it is that we want this to be part of a common set of facts for the city, a shared narrative, but to do that honestly, we’d need to bring in a lot more people. So that’s the experiment: can we? We’ve built niche audiences in other ways, but this is a new challenge because many of the people we want to reach aren’t already engaged locally.

NP: I take it your love of Philly is behind this. How did that develop? What was the trigger?
CW: Philadelphia is complex and conflicted and has more inner turmoil than any character history or fiction has ever given us. Why wouldn’t someone who loves history and community and impact be anywhere else in the world? In more practical terms, I wanted a big city college experience–like so many of my age at this point in history–and Temple University served as a gateway to Philadelphia, like it does when it’s at its best. 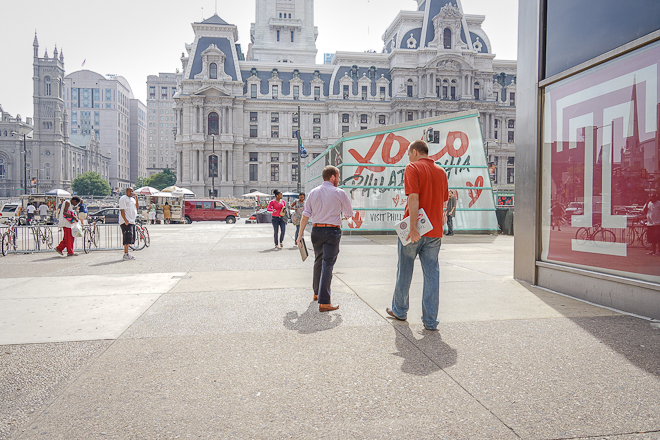 NP: What story you’ve chosen has had the most impact–why do you think?
CW: One story comes to mind for strange reasons: a few weeks ago we pushed to a straightforward Bart Blatstein profile by Philadelphia magazine. It was likely already well-trafficked, but it was a nice, relevant piece, so we included it. Though completely anecdotally, I have had no fewer than five people in this demographic I’m most interested in (25-34 year-old new, educated Philadelphians who may not yet be Hidden City or Technically Philly or, even, NewsWorks readers but should be) told me some variation of “I didn’t know Philadelphia magazine did stories like that,” “I’d never heard of Bart Blatstein,” “I consume this stuff and still didn’t see that story.” Now think about this: this is one of the oldest, most celebrated publishers in our market that put out a very big profile on someone who we take for granted to be this overwhelmingly well-known figure. There is a disconnect. I don’t think we’re building evenly a common set of facts, though we’re doing our best. This is something that can help. Still, I should add for Hidden City readers, we also try to uncover totally new sources, so there will be value there for you too.