Second Ave. Subway Has Us Digging Too–Through The Photo Archive 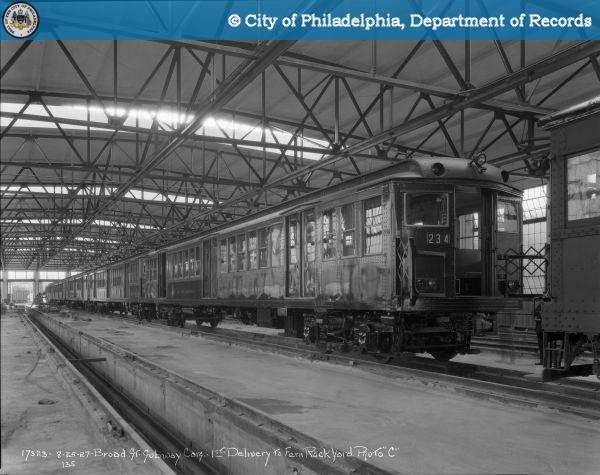 This weekend, the New York Times Magazine published an excellent story by Kim Tingley about the construction of the Second Avenue Subway, a line that has been in the works since 1927.

The piece is a must-read if you’ve ever been in a subway station and wondered how anyone ever got ambitious enough to build a space so huge, much less build it under the ground.

Richard Barnes’ photos of the machines digging out rock are particularly impressive. Like many other parents of small children, I spend a lot of time standing around watching giant construction vehicles dig and shovel and whatnot. The story got me wondering about Philadelphia’s subway system: what did it look like back in the 19th century when workers dug through bedrock to create the subway tunnels we use today?

Harry Kyriakodis wrote the following about the construction of the City Branch subway in a June Hidden City article: “The Reading Railroad completed the City Branch subway in the 1890s to eliminate traffic problems caused by tracks that crossed most of the city’s north-south streets at grade from the Schuylkill River to Broad Street. (There were too many accidents/fatalities of people getting struck by trains on Pennsylvania Avenue.) Over a million cubic yards of earth were excavated to create this sunken line, which is apparently the first subway project in downtown Philadelphia.” 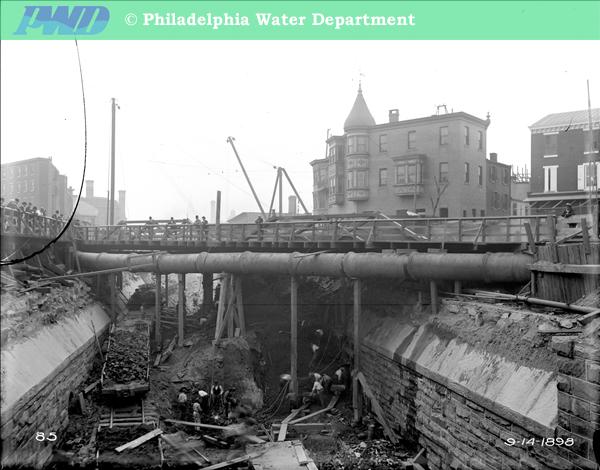 Subways and underground waterways have to be carefully coordinated, Above, in 1898, workers laid a pipe over the Pennsylvania Ave. subway tunnel at 24th and Spring Garden St. 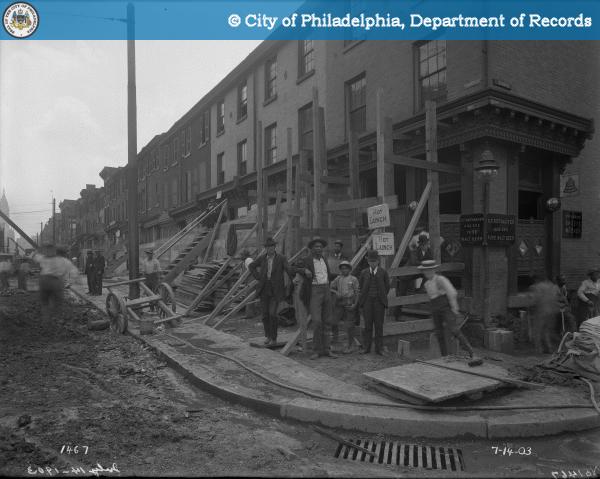 See the “hot lunch” sign behind the street urchins? I like to imagine those guys are running the 1903 version of Wawa. 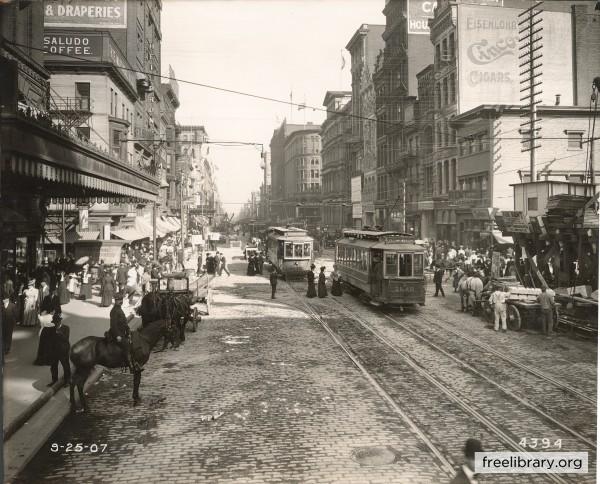 This is the view looking East at Market and 10th in 1907. Subway construction equipment is to the side of the street. Note the street cars and trolley tracks: electric cable cars replaced horse-drawn street cars in Philadelphia in 1897. 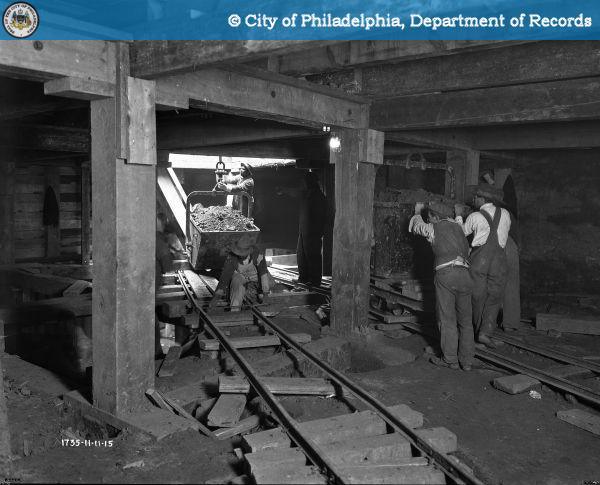 This photo from 1915 shows workers excavating for the runway and South shaft of the City Hall Station on the Broad Street Subway line. 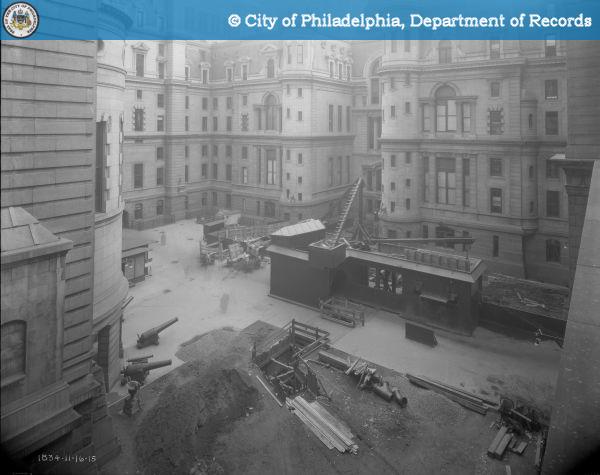 The City Hall stop required some construction above ground too. In 1915, the City Hall courtyard was taken over by subway-building equipment.

The subway began with a bunch of guys digging holes in 1890s, and today it runs on a computerized nerve center that Steve Weinik photographed in April. 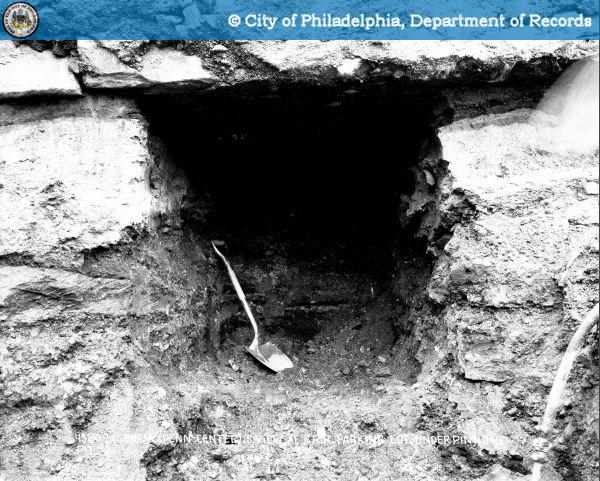