Editors Note: Theresa Stigale takes us on a photo tour of the loft at 10th & Bainbridge that starred, alongside Tom Hanks and Denzel Washington, in the 1993 film “Philadelphia.” Developed in the early 1980s by sculptors and developers Tom Miles & Alex Generalis (partners with photographer Theresa Stigale in their eponymous real estate business), this former biscuit and cigar factory houses dramatic loft condos. The “Philadelphia” loft was purchased recently by restauranteur Sam Mink, grandson of the founder of the Sansom Street Oyster House and the Oyster House’s present owner, and his partner Anthony Padilla. Mink and Padilla brought their own vision to the emblematic Philly space–even installing a case of Oyster House artifacts found during the restaurant’s 2010 renovation. 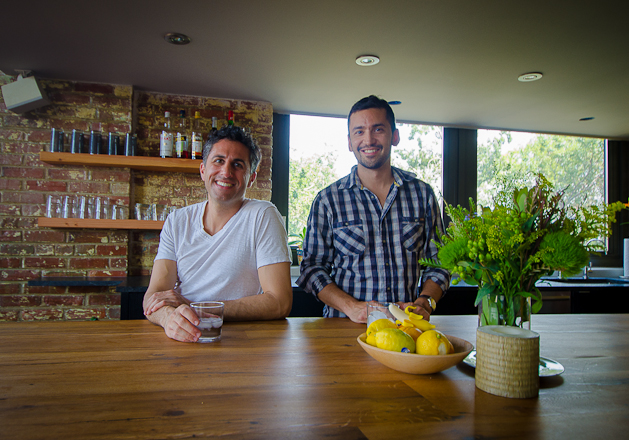 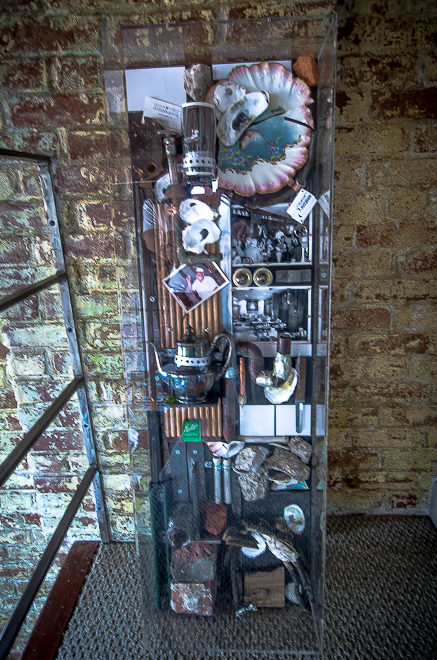 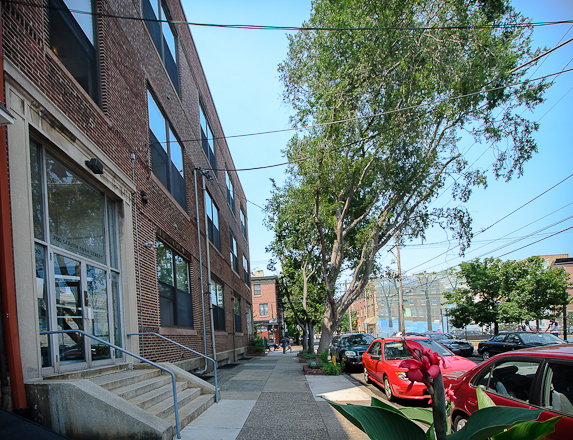 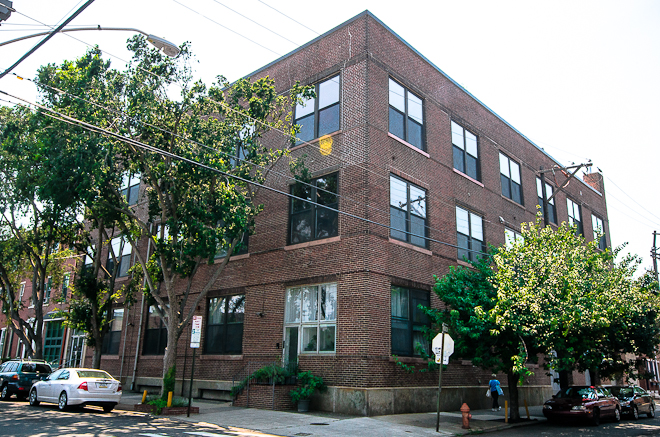 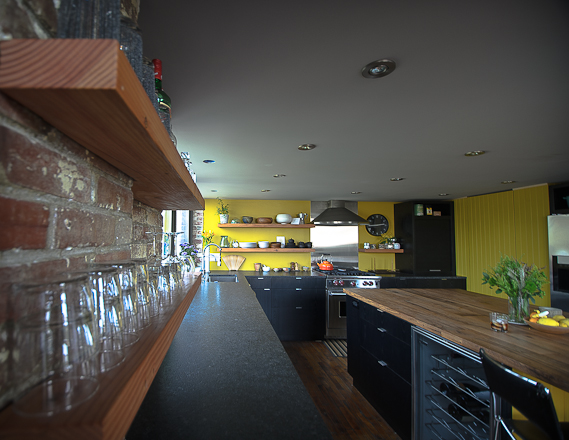 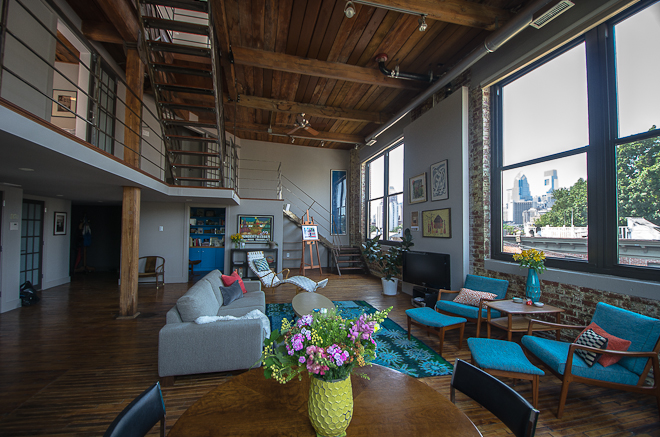 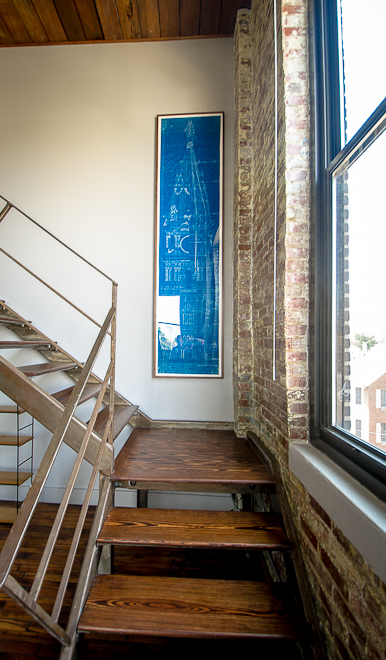 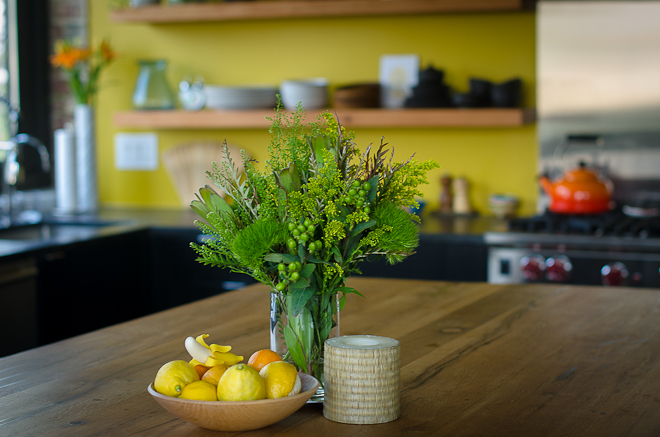 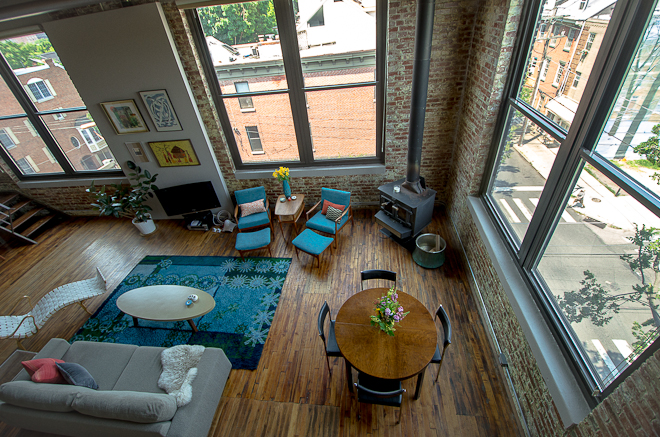 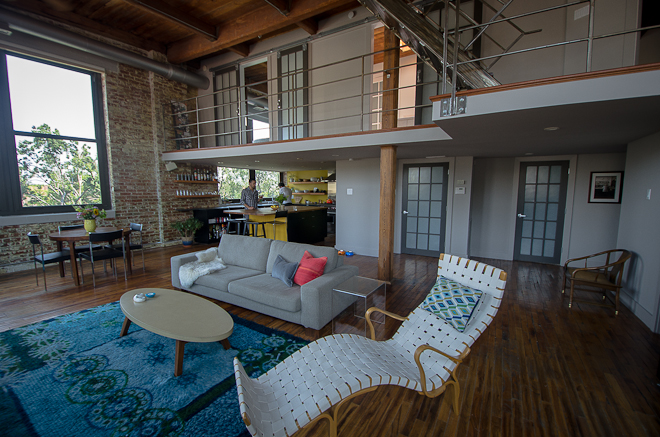 View of the upper levels of the loft | Photo: Theresa Stigale 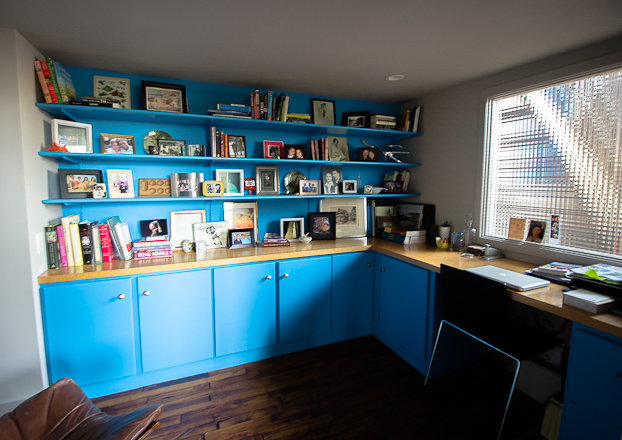 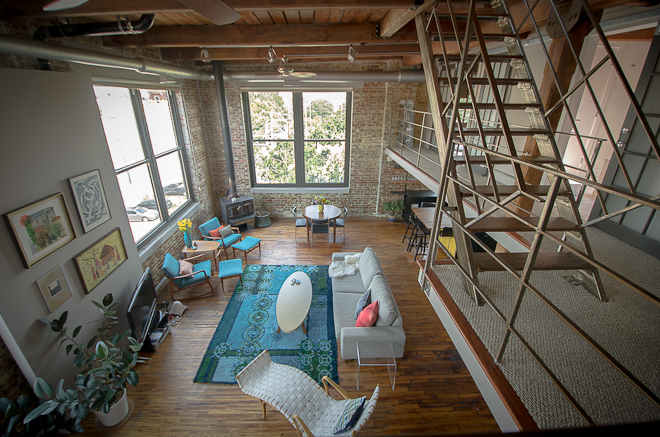 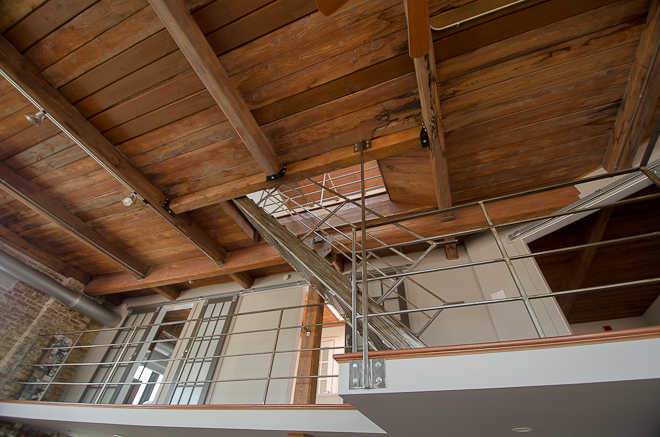 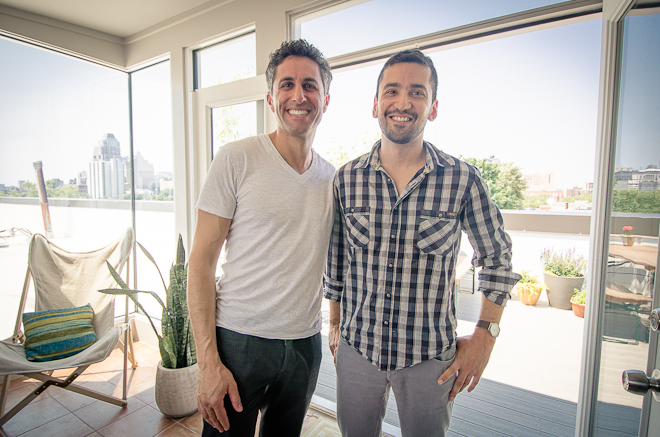 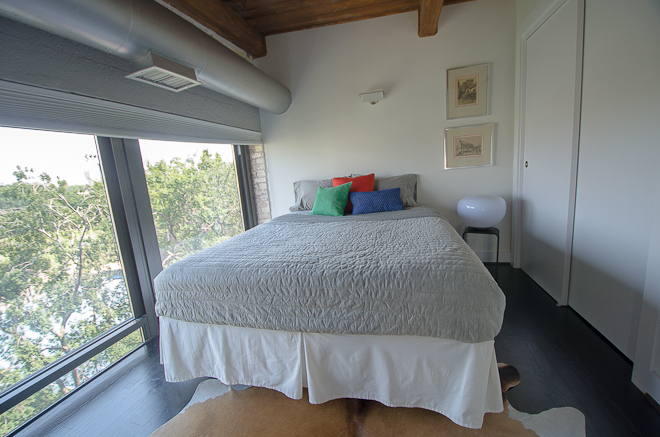 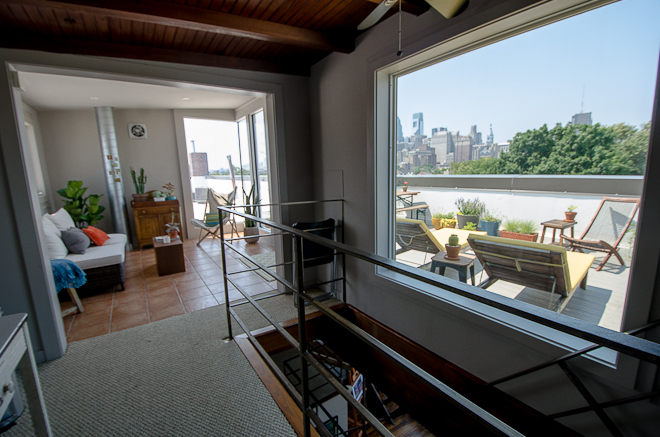 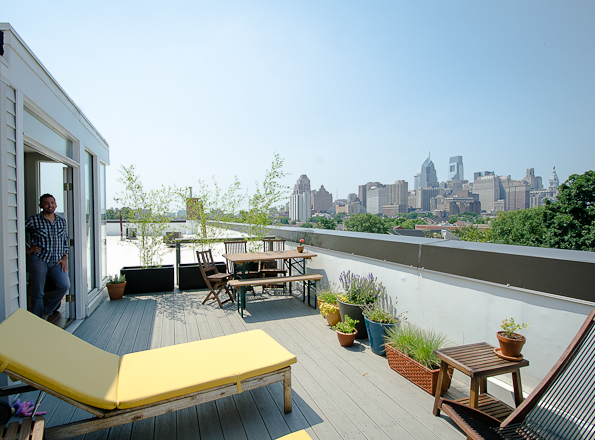 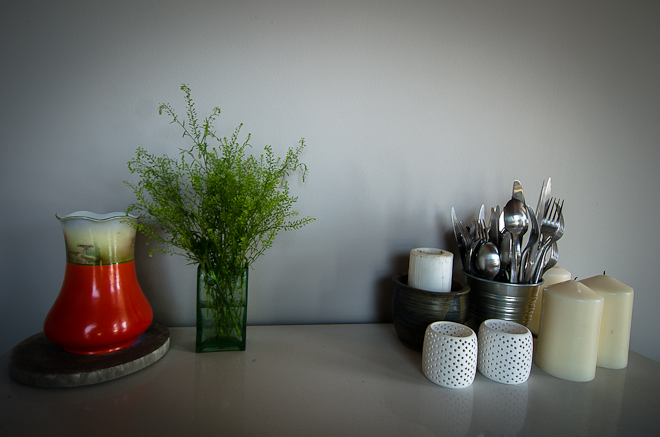